Through exhibiting artworks that engender such questions, 'YOU' hopes to build an alliance between viewer and the artworks of Felix Gonzalez-Torres, Aurelien Froment, Jeppe Hein, Julius Koller and Rivane Neuenschwander. The display of Keith Arnatt's work acts as a powerful and timely counterpoint to the other artistic contributions to the group show. The works Alek O. produces are infused with a personal narrative. 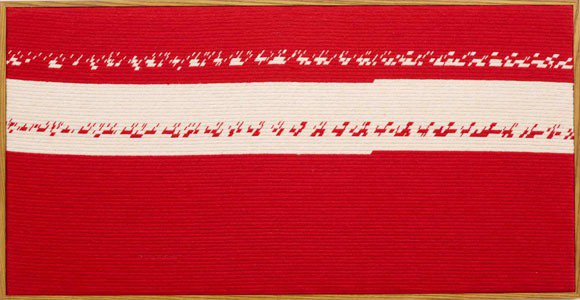 ‘YOU’ will engage the viewer in ways that they may not be accustomed to in relation to their experience of artworks and exhibitions to date. As it responds to the visitor, and is subject to perpetual change and re-order in accordance to their activity, it will challenge conventional codes of behaviour in the context of a gallery space.

While the exhibition considers the art historical background of the relationship between artwork and viewer, and its growing status over time, it asks, how do these works engage and forge relationships with audiences in distinctively different ways from any other works of art? How is the role of the viewer elevated and placed into the centre uniquely? Through exhibiting artworks that engender such questions, ‘YOU’ hopes to build an alliance between viewer, artwork and MOSTYN itself.

In addition to the artworks on view there will be a display by the School of Psychology, Bangor University comprising cultural artifacts, documents and other items showing the connection between physical objects and our cognition. In doing so, the intention is to place the artworks by the participating artists in a broader cultural and contextual field, and enlarge upon our engagement with, and perception of, objects in general.

‘YOU’ sets a precedent for the spirit of MOSTYN’s future programme, which focuses on a close involvement with audiences and a reach far beyond the walls of the gallery.

A publication will accompany this exhibition featuring a text by MOSTYN’s Director – Alfredo Cramerotti, and an essay and texts on the participating artists by the exhibition’s curator Adam Carr, MOSTYN’s Visual Arts Programme Curator.

Keith Arnatt
and ‘You’

Keith Arnatt is one of most celebrated artists of his generation.

During the 1960s and 1970s Arnatt asserted his position as one of the UK’s leading conceptual artists. His works from this period rigorously question the object of art, including its production and perception, as well as the position of the artist, and the artist as subject for work. Arnatt’s wide use of photography during this time was more prominent throughout his later work. This shift in approach reflected Arnatt’s growing interest in the camera as tool for art making and its ability to not only document, but also affect a subject’s perception and behaviour.

The display of Keith Arnatt’s work acts as a powerful and timely counterpoint to the other artistic contributions to the group exhibition ‘YOU’, showing concurrently at MOSTYN, and which shares Arnatt’s concern to address and reflect on the viewer’s position. It demonstrates the continued relevance and importance of Arnatt’s work and places it in the context of today, inviting new interpretations and understandings of his work.

The exhibition marks a return to MOSTYN for the work of Keith Arnatt, who previously exhibited at the gallery in 1989. Focusing exclusively on his later practice, this selection of works highlights Arnatt’s vivid ability to reveal the beauty, poetry and humour in seemingly mundane aspects of everyday life as well as revealing profound layers of relationship in the communication between people.

The works she produces – often utilising ready-made objects and adopting traditional methods of art making such as painting, drawing and embroidery – are infused with a personal narrative that she transports to the context of the exhibition space and to the viewing public. Her work transforms objects she has found or been given, objects from her personal domain or those that belong to her friends or family. She changes their appearance and form in such a way that they appear to recall specific periods of art history, namely Minimalism and Arte Povera. With this process of transformation, she also chronicles the former history of that object, her friendship with others, the migration of her own family, or the memories she has of a particular person, all of which are imprinted by way of her work, placing questions of perception and representation both within the field of art and the world at large.

The appearance of the gallery space itself, including its set-up and gallery signage, will be distinct from the other gallery spaces at MOSTYN, giving the look and feel of a space that has its own identity – a gallery within a gallery. Four ‘Uprisings’ will occur each year.

Born in 1981 in Buenos Aires, Alek O. lived in Milan before moving to London where she currently lives and works.