Rhythm in it. On rhythm in contemporary art is a wide-ranging international group exhibition provides stimulating insights into the aspects of rhythm, showing work ranging from painting, photography and drawing to video, sculpture and installation by a total of 36 artists. Cut! offers a survey of the video and continues the series of media-related presentations of the collection. Karin Lehmann presents an expansive landscape-like installation. 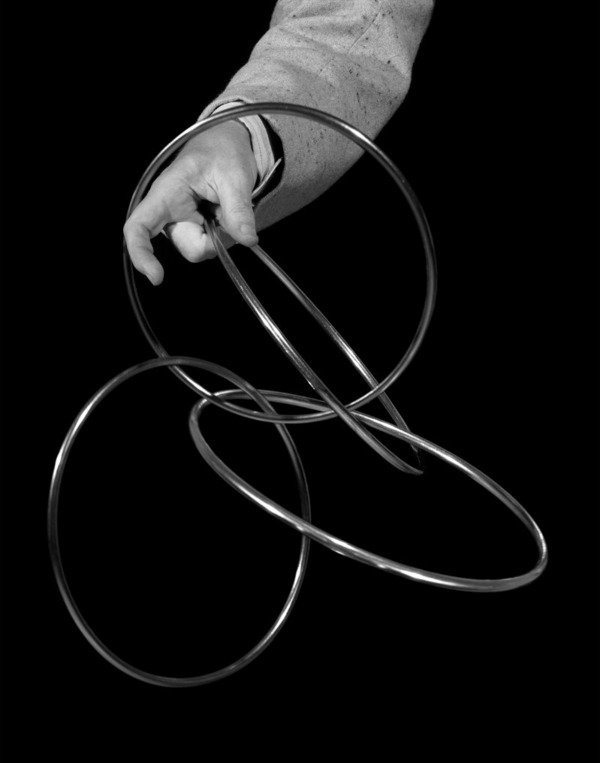 Rhythm in it
On rhythm in contemporary art

Rhythms pervade and shape our everyday lives in many different ways. Our breathing, our pulses, footsteps, the ticking of the clock, musical beat, wallpaper patterns: rhythms are omnipresent in everyday life and culture. Yet in spite of its central importance, the subject has thus far received scant critical attention within the visual arts themselves or in exhibitions. Rhythm in it responds to this surprising circumstance by presenting a wide range of artistic approaches and by offering visitors to the exhibition a sensuous experience and new perspectives on rhythm in contemporary art.

The exhibition approaches the subject of rhythm from different sides, focusing on aspects of aesthetics, acoustics, movement and temporal rhythm. It includes work by 36 artists from Switzerland as well as Albania, Belgium, Canada, Czech Republic, Germany, Great Britain, Luxembourg, Mexico, Portugal, Sweden and the U.S. About half of the participants belong to a middle-aged or younger generation of artists. Since rhythm emerges as a central theme within modernist art, the exhibition also takes a retrospective look at that period with work by artists such as Max Bill, Verena Loewensberg, Paul Klee and Hans Richter. In creating a dialogue with contemporary practices such as those of John M. Armleder, Sebastian Hammwöhner, Sofia Hultén, Ugo Rondinone and Stéphane Dafflon, it reveals the sustained topicality and diversity of the aesthetics of formal rhythms.

Today, a large number of visual artists deal with acoustic phenomena, not least due to the growing importance of interdisciplinary concerns. The subject becomes especially fascinating when a complex rhythm is created with reduced means, as in the case of the 39 beats of a series of metronomes in Martin Creed’s Work No. 112 (1995-1998) or the sporadic sounds created by the instrument ensemble in an installation by Katja Strunz (Sound of the Pregeomatic Age, 2009). The superimposition of the beats and sounds within the individual works on view results in the actual rhythm and a subtle sound world.

Movement sequences, performance and dance are other major forms of artistic expression in the visual arts. An essential push in this direction came from film and performance art ever since the latter’s beginnings in the 1920s and the 1960s, respectively. The exhibition focuses on art practices that spring from these traditions and that translate them, as it were, into a present-day discourse. Dara Friedman’s film Dancer (2011) illustrates this in exemplary fashion: a series of individual dances performed by people on the streets of Miami suggests the multi-cultural local dance traditions. Stan Douglas likewise refers to the historic roots of the moving image in his photographs. Other works, such as those of, Jean Tinguely and Su-Mei Tse, are characterised by movement per se and draw attention to the mechanical yet poetic rhythms of kinetic objects.

Natural rhythms such as the cycle of life or transience and culturally established rhythms such as time measurement resonate widely in contemporary art. Artists included in the exhibition deal with these subjects in both subtle and sensitive ways, as illustrated by works such as David Clearbout’s film Sunrise (2009) on the recurring dawning of the day or Jonathan Monk’s The Odd Couple (German Version) (2008), which consists of a grandfather and a grandmother clock intimately facing one another so that their time displays are no longer readable; like an aging couple they are very close, yet each beats to his or her own rhythm.

The exhibition Rhythm in it highlights the diversity of artistic approaches and, by referring to everyday and historical phenomena, contributes to a broader cultural discourse. Both formally and thematically, the exhibits open up a view of a surprisingly complex phenomenon in the visual arts.

Catalogue
A comprehensive, richly illustrated catalogue is published in conjunction with the exhibition: Rhythm in it. On rhythm in contemporary art, edited by Madeleine Schuppli and the Aargauer Kunsthaus, Aarau. Including essays by Roman Brotbeck, Bern, Roman Kurzmeyer, Basel, Thomas Macho, Berlin, and Madeleine Schuppli, as well as short introductory texts by other authors on the individual artists and the works exhibited. Published by Edizioni Periferia Lucerne/Poschiavo 2013, German/English, ISBN 978-3-906016-21-4, CHF 54.- / For members of the Aargauischer Kunstverein CHF 46.

Cut!
Video art from the collection

Video art gained in popularity when the first portable video cameras came on the market in the late 1960s. Thanks to affordable equipment and the breath-taking pace of technological progress, which constantly opened up new possibilities, video art established itself as an important medium for artists in the decades that followed. The exhibition Cut! offers a survey of the video holdings of the Aargauer Kunsthaus and, in doing so, continues the series of media-related presentations of the collection, starting with last year’s exhibition Light Sensitive. Photo Art from the Collection.

The Aargauer Kunsthaus continues its series of exhibitions of young art with a presentation by Karin Lehmann (b. 1981). Living in Zurich and London, this technically adept artist tends to use plain materials in creating works that have a confusing and, at the same time, poetic effect. In Aarau she guides visitors by means of a humorous intervention along the banisters into the basement of the Kunsthaus and to an expansive landscape-like installation.