Motives of Suspension, Suture and Digression. In contemporary art, dithering is found not only as a motif. The exhibition seizes upon dithering mainly as a methodology and reflects it along motivs of suspension and suture, digression and derive. 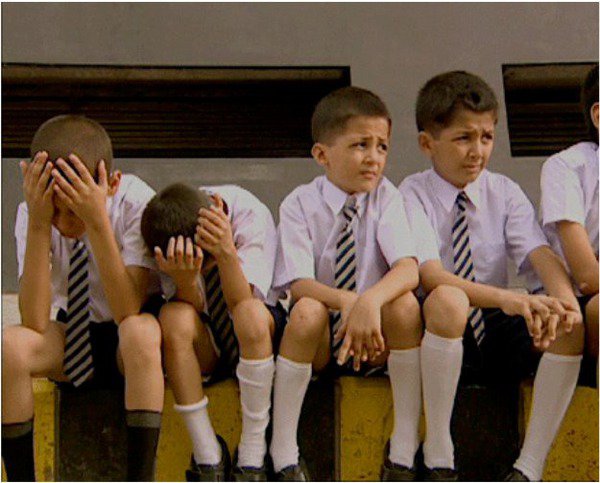 Dithering is like an intellectual perpetuum mobile, like a bachelor machine grinding to a halt. (Agentur Bilwet)

Hesitating, faltering, lapsing, pausing, wavering in decisions, treading water, lacking direction: all of the above are moments and states characteristic of “zaudern” (dithering), which in our thoroughly economized world are considered disruptive, if not downright threatening. They block, or so people say, the ability to act, the smooth course of events, and thus also productivity and growth.

The philosopher and literary scholar Joseph Vogl, in contrast, views dithering not as annihilation but as a “shadow of action,” as an “event backlog within the event.” At this threshold between action and non-action, an interval of pure “creative potency and contingency” emerges. In this sense, dithering is something that settles along joints, threshold and hinges, at places that branch and at the branches of the branchings— where anything is still possible and anything is questioned. At the same time, Vogl references the resistance inherent to dithering. Indeed, it turns “against the irrevocability of judgments, against the finality of solutions, against the certainty of consequences . . . and the weightedness of results . . . Dithering harbors the suspicion of complexity; it is aligned to an arithmetic that ranges from the hundreds to the thousands” (Joseph Vogl).

In the arts, motifs of dithering are seemingly ubiquitous: be it Hamlet’s question of “to be, or not to be,” the Grimm Brothers’ “Birnli” (little pear) that simply does not want to fall off the tree, or Bartleby the Scrivener who incessantly “prefers not to.” Or be it Christian Morgenstern’s snail, who cannot decide weather he should stay in its house or leave it. “The snail gets so entangled with his thoughts, or, rather, the thoughts run away with him so that he must postpone the decision” (Christian Morgenstern).

Digression and suspension seem to be the two poles of dithering.
In art, and especially in contemporary art, dithering is found not only as a motif, but also as an aesthetic method and structure. This is the case, for example, in cinema as the so-called “dead time” (temps mort), the empty moment and state of limbo introduced by Michelangelo Antonioni, where the story does not continue; or in video art, this is the loop that perpetually shifts the beginning and the end of a narrative.

Further, artists work with broadly ramified systems of reference—ones that range “from the hundreds to the thousands”—and also with methods of repetition, deferral, and permutation. They produce multiple readings and repeatedly subject the beholder to situations of undecidability. They are dealing with the digressive in lieu of the purposeful, with the unexpected in lieu of the calculable, with the equivocal in lieu of the definite. From a certain slant, dithering may also be considered a queer method.

The exhibition On Dithering, which runs from May 25 to August 4 at the Württembergischer Kunstverein, seizes upon dithering mainly as a methodology of contemporary art and reflects it along motivs of suspension and suture, digression and derive.