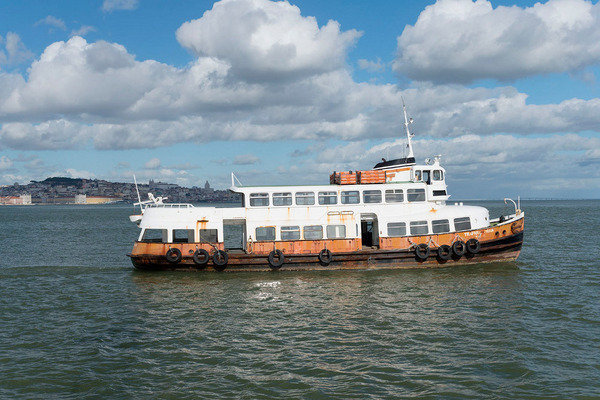 Venice Biennale
The Venice Biennale, founded in 1895, is today the most important event dedicated to art. Every two years, the Italian city welcomes hundreds of artists and other key players of the international scene for the opening of the event in late May or early June, and over the course of the summer it receives hundreds of thousands of visitors. The selection of artists for the Venice Biennale occurs in two ways. The first is at the invitation of the curator appointed by the event's organization; he or she curates an exhibition at the Arsenale and a pavilion in the Giardini. The national participations are the second. These projects, led by each country's respective government, take place at pavilions in the Giardini and at temporary locations all over Venice.

Joana Vasconcelos
The Portuguese artist Joana Vasconcelos is a commentator on the real. She investigates the present through a critical reading of Western mythologies and iconographies. She explores mainstream values, habits, and customs in order to examine personal and collective identity with respect to gender, class, and nationality. Her practice involves appropriating familiar objects and images and meticulously re-elaborating them, often calling upon artisanal techniques affiliated with female labor and employing craft-related materials such as textiles and tin-glazed ceramic tiles. In the process, she assigns new meanings to the items she transforms, reflecting on tensions between high and popular culture, the private and public spheres, the local and the global, tradition and modernity.

Curatorial Rationale
Trafaria Praia is Vasconcelos's proposal for the Participation of Portugal at the 55th International Art Exhibition – la Biennale di Venezia. Her project addresses the historical relationship between Portugal and Italy, which evolved through trade, diplomacy, and art. Lisbon and Venice have many commonalities; both cities played key roles in broadening the European worldview during the Middle Ages and the Renaissance, redefining the imago mundi by establishing networks between East and West. Trafaria Praia looks at the contemporary contact zone between the two cities by examining three fundamental aspects they share: water, navigation, and the vessel.

Vasconcelos constructs an allegorical correspondence between an iconic Lisbon ferryboat, the cacilheiro, and the picturesque Venetian vaporetto. Cacilheiros carry passengers across the River Tagus on a daily basis. Their customers are primarily commuters who live in Lisbon's southern suburbs and work in the city. Until the building of the main bridge into Lisbon in 1966, these ferryboats were the only means of public transportation between the city and the south bank. Thus, they have always had blue-collar and middle-class associations and are a well-known, politically charged social symbol in Portugal.

Floating Pavilion
Vasconcelos has brought to Venice an actual cacilheiro, the Trafaria Praia, and is presenting it as the Portuguese pavilion. This particular ship was decommissioned in 2011, and in the past six months it has undergone major transformations in a shipyard on the outskirts of Lisbon. In Venice, it is moored next to the Giardini's vaporetto stop and sails around the lagoon at regular intervals. Rather than a conventional pavilion with a fixed location, then, Vasconcelos offers up an idealistic floating pavilion. She is deterritorializing territory—metaphorically circumventing the power struggles that so often mark international relations.

Work
Vasconcelos is also presenting the Trafaria Praia as her art. Informed by Marcel Duchamp's "assisted readymade," she has changed the object without removing its functionality. On the outside of the ship, from prow to stern, she applies a large-scale panel of azulejos (tin-glazed, blue and white, hand-painted ceramic tiles) that reproduces a contemporary view of Lisbon's skyline, from the Bugio Tower to the Vasco da Gama Tower. The work takes its inspiration from another large-scale panel of azulejos, the Great Panorama of Lisbon, which depicts the city before the legendary earthquake of 1755 and is a quintessential expression of the baroque-style golden age of azulejo production in Portugal. Vasconcelos has made other works that involve covering objects in azulejos; in doing this she evokes the material's frequent deployment in architecture.

On the ship's deck is an environment made of textiles and light. This also echoes past works by Vasconcelos, such as Contamination (2008–10) and the series Valkyries (2004–ongoing), in which organic, often colorful forms hanging from the ceiling interact with the surrounding architectural elements. This new work consists of a complex medley of blue-and-white fabrics all over the ceiling and walls, from which crocheted pieces, intertwined with LEDs, emerge to create a compelling effect. The installation suggests a surreal, womblike atmosphere or the deep ocean—something out of Jules Verne's Twenty Thousand Leagues Under the Sea, perhaps, or the Bible story of Jonah and the Whale. It envelops visitors, eliciting both an intellectual and a sensorial response.

Public Programs
On the quarterdeck, various areas have been set up, including a stage. These spaces are sites for the promotion of Portuguese culture—public programs including performances, talks, and more. Of special note are the daily events that take place during the preview. In the mornings there are roundtable discussions with key players from the Portuguese art scene addressing topics such as the history of the Participation of Portugal at the Venice Biennale and the representation of the city. In the late afternoons there are concerts with Portuguese musicians and guests featuring several different musical genres, from classic fado to experimental electronica.

Trafaria Praia is a publication that documents Joana Vasconcelos's project for the participation of Portugal at the 2013 Venice Biennale. This publication is a hybrid object: artist's book and exhibition catalogue. It represents the work in progress, from its research stage to its unveiling to the public, through architectural renderings and photographs. It also includes various essays that address Vasconcelos' practice, the intellectual references that inform the project, and the Portuguese representation.