Works from the museum's collection by Henry Moore, Pablo Picasso, and Paul Klee, presented alongside objects from the collection of African art 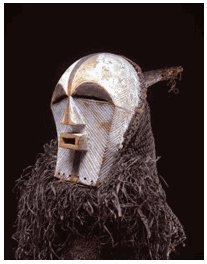 In the early 20th century, African art had a profound influence on the development of European abstract art. Thousands of African art objects had been brought back to Europe in the aftermath of colonial expansion and soon became assimilated into European visual culture. Most objects were seen as mere trinkets and lined the shelves of curio shops, flea markets, and even bistro walls; however, other more majestic examples were highly revered and found homes in art expositions and museums from London to Berlin. This installation brings together works from the museum's collection by Henry Moore, Pablo Picasso, and Paul Klee, presented alongside objects from the collection of African art. Artists were avid collectors of African art objects - Henri Matisse and Pablo Picasso had studios packed with African statuettes and textiles - and also carefully studied these works, mimicked them, and even openly copied their forms. European artists had more than just a stylistic affinity for African art; these artists, on the cusp of abstraction, found African abstraction to be the perfect aid to their pursuit of new modes of representation. (Image: Helmet mask -kifwebe- and costume, Democratic Republic of the Congo).