Burning Boundaries. The exhibition highlights the link between Sakti - an Indonesian term that indicates magic, the divine and sacred - and education; knowledge being considered by the artist as the basis for civilization. 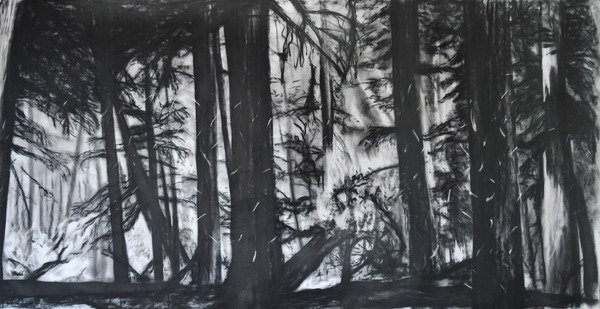 On Saturday, June 8, Galerie Michael Janssen will be presenting its first solo exhibition by Indonesian artist Titarubi entitled Burning Boundaries parallel to her participation at the 55th Venice Biennale. Titarubi is one of five artists representing Indonesia at this year’s Biennale.

Rubiati Puspitasari (b. 1968), who goes by the name of Titarubi, is one of Indonesia’s leading female artists. She graduated from the Bandung Institute of Technology with a fine arts degree and although she trained as a ceramist, she has expanded her skills to include large-scale sculptures and installations. Her artworks have been widely exhibited in both Asia and Europe in venues such as the Singapore Biennale, the ZKM Center for Art and Media in Karlsruhe and the Museum and Art Gallery of the Northern Territory in Australia.

Titarubi’s practice reflects a passionate concern over problems of society through various mediums. Her works are often inspired by social, political and historical connotations. Focusing on the human body, her oeuvre addresses the evolution of female self-perception. She first attracted public attention with an installation of ceramic children‘s heads with Arabic inscriptions. In other former works she has also addressed the issue of in-vitro fertilization and its potential for social oppression and has challenged stereotypes and cultural construc- tions by exploring the position of men and women in society.

The exhibition highlights the link between Sakti - an Indonesian term that indicates magic, the divine and sacred - and education; knowledge being considered by the artist as the basis for civilization. The installation compri- ses of school benches made of charcoal-like burnt wood that represent the long learning process individuals endure throughout their lifetime. Oversized blank books lay on each bench, as if inviting viewers to fill them with their own personal stories. A massive charcoal drawing of a forest functions as the backdrop of the installation, in reference to Indonesia’s tropical forests, the many fires that periodically destroy them, and the burnt wood of the benches.