The exhibition explores the intense dialogue that arose between art and design in the 1950s and continued into the early 1970s. The exhibition is arranged according to different themes and features some 100 works of art and as many design objects, along with films and documentary photographs. 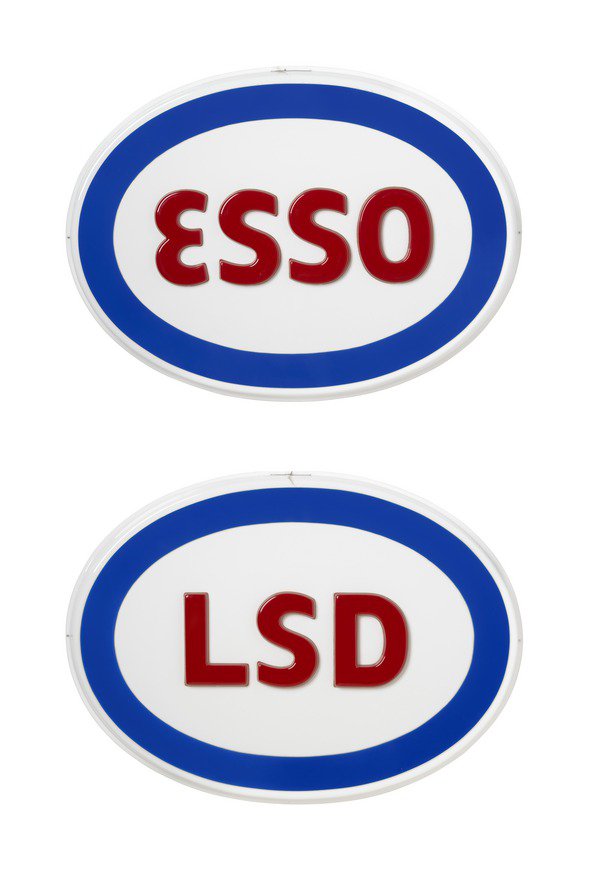 Bold, bright and playful – pop art influenced the whole world and represented something radical and new. It contributed to shaping a new cultural identity with a focus on mass production, celebrity and the growing advertising industry. For the first time, in the exhibition Pop Art Design, pop art and design are shown together on a large scale. This summer the Moderna Museet presents artworks and objects by artists and designers such as Warhol, Rauschenberg, Haworth, Lichtenstein, Eames, Panton, Castiglioni, Nelson and Sottsass.

Those who came to be called pop artists were active during a period when radio and television brought the world into people's homes. At the same time both the advertising industry and mass production accelerated - making the world a bigger potential market. Pop Art Design highlights how artists and designers in the postwar era explored, consumed and energetically breathed new life into aesthetics, inspired by mass media, advertising, logotypes and packages. These motifs were remixed and reused both critically and without prejudice as images, objects and signs.

“In some ways, we are living today in the aftermath of a society that was shaped in the pop era. Issues of identity, commercialism and popular culture are still highly relevant. The celebrity cult exploded in the postwar era and is just as strong today, and perhaps everyone can have their 15 minutes of fame now, for instance with Instagram,” says the curator Matilda Olof-Ors.

Pop art is forever linked with Moderna Museet. The time when the term “pop” was established as a concept in art can be specified almost to the day. “Pop Art” was the controversial subject of a symposium held on 13 December, 1962, at the Museum of Modern Art in New York. That year, Pontus Hultén organised the exhibition 4 Americans at the Moderna Museet, featuring Jasper Johns, Alfred Leslie, Robert Rauschenberg and Richard Stankiewiez. In 1964, American Pop Art – 106 forms of love and despair opened, and in 1968, Hultén presented the first solo exhibition with Andy Warhol in Europe. Moderna Museet has maintained its close links to pop art, featuring acclaimed solo exhibitions with, for instance, Ed Ruscha in spring 2010.

“Moderna Museet has a grandiose pop history and one of the greatest pop art collections outside the USA. Bringing together pop artists and designers in an exhibition will generate new perspectives, and that is exactly what Moderna Museet wants to offer its visitors,” says Daniel Birnbaum, director of Moderna Museet.

Pop Art Design explores the intense dialogue that arose between art and design in the 1950s and continued into the early 1970s. The exhibition is arranged according to different themes and features some 100 works of art and as many design objects, along with films and documentary photographs. Pop Art Design includes art by Peter Blake, Judy Chicago, Öyvind Fahlström, Richard Hamilton, Jann Haworth, Kiki Kogelnik, Roy Lichtenstein, Martial Raysse, Ed Ruscha, and Andy Warhol, and design objects by Charles and Ray Eames, Alexander Girard, Verner Panton, Ettore Sottsass, Studio 65, Studio DA, Superstudio and many others.

The exhibition at Moderna Museet is sponsored by Scania.

Invitation to the press preview on Thursday, 27 June, 2013, at 10.00 am
You are invited to the press preview of Pop Art Design on Thursday, 27 June at 10 am – 12 noon. Introduction by Moderna Museet’s director, Daniel Birnbaum, Ann-Sofi Noring, co-director, and the exhibition curators Mathias Schwartz-Clauss, Vitra Design Museum, and Matilda Olof-Ors, Moderna Museet.