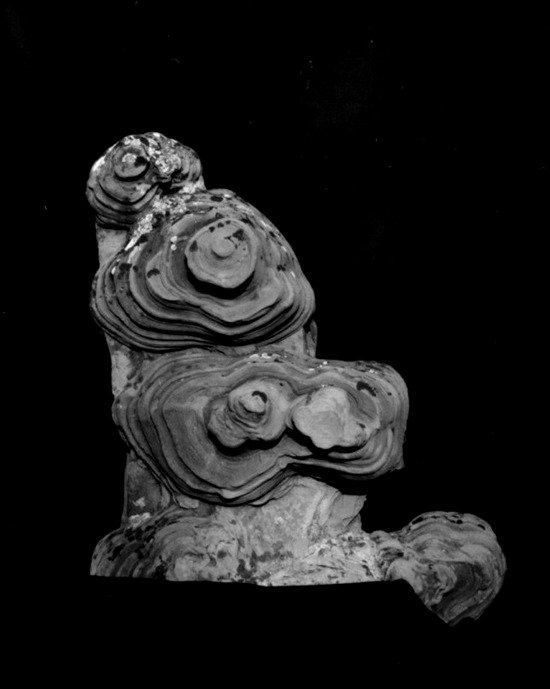 Perhaps because I have never been able to swim, I decided to learn to fly. For three years now I have repeated this exercise every day. Probably I will never fly, but if I get my children and my children's children and their own children to repeat this exercise then perhaps, one day, a descendent of mine will suddenly know how to fly. [1]

Her own method for memorizing isn’t based on a pathway through a place but on an association between numbers and images. With this method, she no longer sees 1, which no longer exists: instead of 1, she sees a tree. 2 no longer exists, 2 is a nest. Number 3 is a mole. Each number is replaced by an image. Ideally, the images have to be fixed and permanent, but when you create your own images you don’t always know where you’re headed. She has a number of images that she’d like to change because some are too similar to others: in 51, she has a lottery ticket and in 67 a bank check, two slips of paper of roughly the same size and shape. If she wants to replace it with something else it will require a great deal of effort. She would have to stop doing memory exercises for a year or two, and then reconstitute the list without thinking of a bank check. Today she’d like to replace the lottery ticket with a ladder but for the moment it’s always the lottery that is the winning ticket. The list is called a memory chart. It’s a chart that helps with recall. Each item on the list is called a peg, like a hook on which you can hang a coat. The chart is like an arrangement of pegs on which to hang things. Each image is a peg. For instance, her cat is a peg. [3]

Descending from the mount, they first unbind
Their vests, and veil’d, they cast the stones behind:
The stones (a miracle to mortal view,
But long tradition makes it pass for true)
Did first the rigour of their kind expel,
And suppled into softness, as they fell;
Then swell’d, and swelling, by degrees grew warm:
And took rudiments of human form.
Imperfect shapes: in marble such are seen,
When the rude chisel does the man begin;
While yet the roughness of the stone remains
Without the rising muscles and the veins
The sappy parts, and next resembling juice,
Were turn’d to moisture, for the body’s use:
Supplying humours, blood, and nourishment;
The rest, too solid to receive a bent,
Converts to bones; and what was once a vein,
Its former name and Nature did retain
By help of pow’r divine, in little space,
What the man threw, assum’d a manly face;
And what the wife, renew’d the female race. [4]

The state of no-mind-ness refers to a time prior to the separation of mind and world, when there is yet no mind standing against an external world and receiving its impressions through the various sense-channels... This we can say is a state of pure emptiness, but (if) we stay here there is no development... It is death itself... But we are not so constituted... There rises a thought in the midst of emptiness... The separation of unconsciousness and consciousness... The rise of the fundamental dialectical antithesis... The unconscious and the (conscious) are in direct opposition, yet they lie back to back and condition each other... One negates the other, but this negation is really affirmation. [5]

Vision needs no eyes to see.

The noise that passes the ear comes not from passers-by, but from the engines pushed to the limit when starting up. No ear, no piece of apparatus could grasp this whole, this flux of metallic and carnal bodies. In order to grasp the rhythms, a bit of time, a sort of meditation on time, the city, people, is required. Other, less lively, slower rhythms impose themselves on this inexorable rhythm, which hardly dies down at night: children leaving for school, some very noisy, even piecing screams of morning recognition. [6]

there's a bluebird in my heart that/ wants to get out/ but I'm too clever, I only let him out/ at night sometimes/ when everybody's asleep./ I say, I know that you're there,/ so don't be/ sad./ then I put him back,/ but he's singing a little/ in there, I haven't quite let him/ die/ and we sleep together like/ that/ with our/ secret pact/ and it's nice enough to/ make a man/ weep, but I don't/ weep, do/ you? [7]

It is I who dust them and alas sometimes accidentally break them. I always beg her to promise to let me have them mended by an expert before I tell her which it is that is broken, she always replies she gets no pleasure out of them if they are mended but alright have it mended and it is mended and it gets put away. She loves objects that are breakable, cheap objects and valuable objects, a chicken out of a grocery shop or a pigeon out of a fair, one just broke this morning, this time it was not I who did it, she loves them all and she remembers them all but she knows that sooner or later they will break and she says that like books there are always more to find. However to me this is no consolation. [8]

PLEASE SHUT THE DOOR BEHIND YOU!!!