Festival of the Arts Cesis 2013 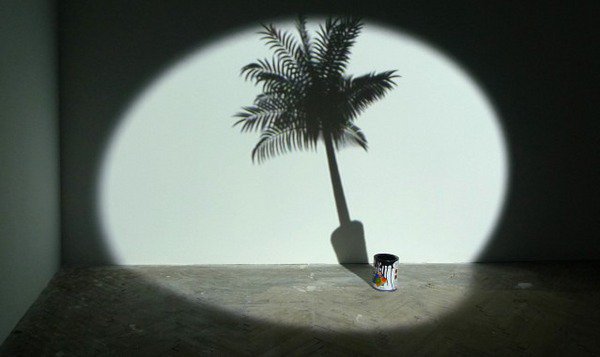 Festival of the Arts "Cēsis 2013" will take place from 28 June to 20 July, presenting 32 events in visual art, music, cinema, theatre and even gastronomy.

In this seventh year of the festival's existence, its programme includes three exhibitions that present the works of 19 artists from ten countries, four theatre performances of which three are directed by Vladislav Nastavshev - a young, provocative director who, based in Latvia, has launched a successful international career; two interesting performances - one in contemporary art, the other in contemporary gastronomy; thirteen British cinema classics selected by Valentīna Freimane as well as nine music events: from intimate chamber music for solo instruments in the Cēsis Granary with its 150 seats to popular programme of music by Raimonds Pauls and Italian music for cinema in the Open Air Stage of the Cēsis Castle for an audience measuring in the thousands.

"Owing to our usual sponsors, SEB Bank, "Latvijas Mobilais Telefons" and SIA "Alfor", as well as the European Foundation "Kultūra 2007 - 2013" and cofinancing by the local and national governments, we can offer democratic ticket prices to first-rate events in one of the most picturesque towns in Latvia," stressed director of the festival Juris Žagars.

The festival has expanded its educational part, offering a creative nursery for children aged 2 to 10. For the first time this year, the festival presents "an excursion in the territory of art", i.e. and opportunity to see the visual art exhibition accompanied by a guide.

The exhibition Summertime Readings presents manifestations of fiction and documentary in the work of contemporary artists and explores contemporary art’s interaction with the time-based arts such as literature, theater, and cinema. The exhibition pays special attention to original and powerful narratives and an artist or art work’s storytelling capacity.

The exhibition in Cesis follows the logic of “compilation” typical to popular periodicals, internet portals as well as book clubs and book lovers’ societies, which compile and promote recommended-reading-lists to their readers and members: especially on the cusp of summer time (and at Christmas). The exhibition is bringing together local and international artworks as a collection or list of summer reading, or, exploration.

Summertime Readings targets Cesis’ residents and the holidaymakers that stream into this small town in the North of Latvia every annual arts festival season. For the first time the boundaries of the exhibition in Cesis will expand beyond its usual limits in the central building of the former brewery to occupy public locations throughout the town.

By bringing together the work of artists working in the field of film, performance and installation as well as drawing and sculpture Summertime Readings project aims to establish the Cesis Art Festival as a regional center for interdisciplinary exhibition-making that will involve and attract audiences coming from different cultural backgrounds and spheres of interest.

“A true abyss! Pleasure! Life! Look at all that it produces: Alexander the Great, Aristotle... tyrants, prophets... A truly bottomless abyss!”

This inscription is found on one of the drawings of the 1974 series by Visvaldis Ziediņš where he meditates on the woman’s womb. At times it opens like a whole landscape, at others it is reduced to its physiological concreteness. Around this same time, he created works where phalluses were sprouting out of the ground like mushrooms. Sexuality here was a part and metaphor of nature.

The exhibition “Abyss. Visvaldis Ziediņš” that will be held within the framework of the Cēsis Festival of the Arts will present hitherto unexhibited works by the artist, paying particular attention to his works on paper and studies of materials of nature.
Visvaldis Ziediņš was born on 4 April 1942. He died on 11 January 2007 in Liepāja. Between 1959 and 1964, he studied at the Liepāja School for Applied Arts. Ziediņš did not continue on to the Academy of Art, as he was convinced that the basics of art he had acquired in high school were enough to dedicate his life to developing his own approach to art independent of the official Soviet system. Ziediņš left behind about 3000 works, which place him in the vanguard of Latvian non-conformist art.

Curator of the exhibition Ieva Kalniņa

On the current photography scene, Karlīna Vītoliņa (1982) is still a relative newcomer. Although her pictures have often been published in the local style magazines, a first solo show always represents an intrigue that is so pleasant to investigate.

Vītoliņa studied photography at FAMU in Prague, graduating in 2011. Before that she was student at London’s St Martins College of Arts and Design and the Faculty of History and Philosophy at the University of Latvia. For a while, she was also a photographer in Paris. This background has made Karlīna a cosmopolitan who is flexible and open to the world, capable of looking at it without provincial complexes. Asked what is the departure point of the pictures she takes, Karlīna quotes Jim Jarmusch: "Nothing is original. Steel from anywhere that resonates with inspiration or fuels your imagination. Devour old films, new films, music, books, paintings, photographs, poems, dreams, random conversation, architectures, bridges, street signs, trees, clouds, bodies of water, light and shadows. Select only things to steal that speaks directly to your soul. If you do this, your work (and theft)will be authentic. Authenticity is invaluable; originality is non-existent. And don't bother concealing your thievery - celebrate it if you feel like it. In any case, always remember what Jean-Luc Godard said: It's not where you take things from - it's where you take them to." She adds that Jarmusch has played a decisive role in her visual world, as has Jean Cocteau, Lucino Visconti, Wim Wenders, and the French New Wave.

Man has always been the focus of Vītoliņa’s attention and photographs. The close to seventy black-and-white large-scale portraits on display at the production hall of the former Cēsis Printing House are an eloquent testimony to Vītoliņa’s philosophy that the supposed registering of the moment and focussing on existence at the concrete time and space are the essential elements in photography..

Ticket prices for the festival events range from 3 to 15 lats, with a 50% discount for pupils, students and pensioners.
Combined price for all exhibitions LVL 2
Ticket price for a single exhibition LVL 1