Inspired by Temptation. A rare opportunity to view all three lithographic albums that French Symbolist artist Odilon Redon created in response to Gustave Flaubert's 1874 book 'The Temptation of Saint Anthony'. 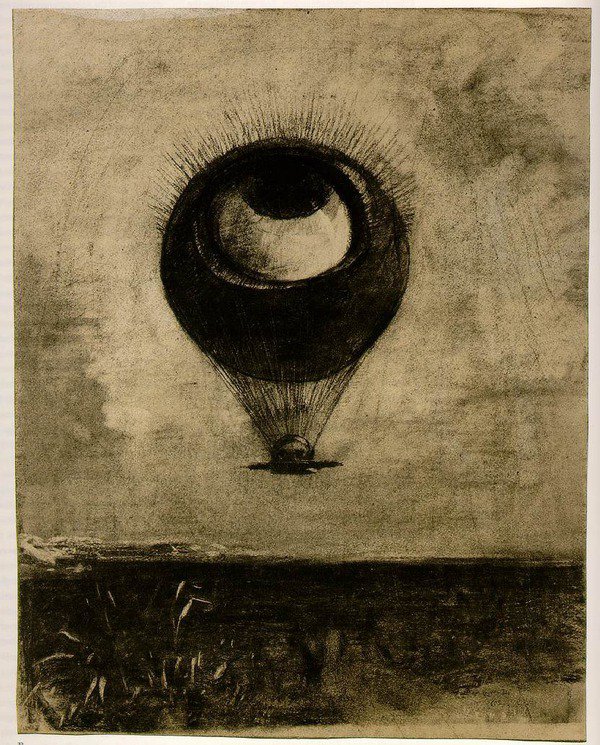 Stanford, Calif. — The Cantor Arts Center at Stanford University presents a rare opportunity to view all three lithographic albums that French Symbolist artist Odilon Redon created in response to Gustave Flaubert’s 1874 book The Temptation of Saint Anthony. The albums include a total of 42 individual compositions, all of which are on view in the exhibition “Inspired by Temptation: Odilon Redon and Saint Anthony,” from July 3 through October 20.

The story captured Redon’s artistic imagination like no other work of literature. Redon called it “a literary marvel and a mine.” Based on the legend of a third-century monk who retreated to the Egyptian desert to contemplate God, Flaubert described a single terrible night in which Saint Anthony confronts a succession of unholy terrors, sinful temptations, gods and monsters from myth and centuries of religious tradition.

Like Saint Anthony, Redon was also preoccupied by the mystery of existence and the search for meaning in life. Using the medium of lithography to great effect, Redon’s dark and evocative images are informed by his wide-ranging interests in literature, science, philosophy, the unconscious mind and mysticism, among other subjects. The artist’s genius lies in his ability to create images suggesting multiple interpretations of Flaubert’s text while bringing the human soul vividly to life.

The exhibition is made possible through the support of the Halperin Exhibitions Fund.

“Inspired by Temptation” joins five other exhibitions this season, presenting a special opportunity to experience French art at the Cantor Arts Center. The other exhibitions feature prints from the School of Fontainebleau; graphic arts of Édouard Manet and his contemporaries; 400 years of French drawings from the Blanton Museum of Art; old master figure drawings from the Cantor’s collection; and the colorful Jazz portfolio by Henri Matisse.

The Cantor is open Wednesday–Sunday, 11 am–5 pm, Thursday until 8 pm and is located on the Stanford campus, off Palm Drive at Museum Way. Parking is free on weekends and after 4 pm weekdays. Information: 650-723-4177, museum.stanford.edu