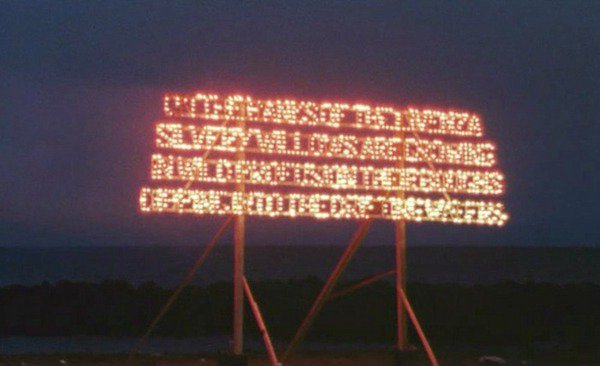 If Not Always Permanently, Memorably

“The inspiration a writer takes from a predecessor is usually accidental, like the inspirations of our lives; those individuals met by chance who become integral to our destinies. We meet—we “fall in love”—we are transformed. (If not always permanently, memorably.)”
Joyce Carol Oates, The Faith of a Writer

Artist James Richards makes sculpture and film that often incorporate materials made by other artists, driven by concerns with the act of sampling and the possibilities of reanimation and recontextualisation. As Richards told Aesthetica Magazine in 2012, “Video art is something that has to be activated – you can’t pass around a photograph of a video, it has to be experienced in time...The history of video art is also something that needs to be re-activated and re-discovered by every new generation, there’s just so much wonderful work, I feel a responsibility to get it seen.”

This passion for the history of video art and a sense of urgency to bring both key and forgotten works to the forefront of our attention extends to Richards’ practice of curating exhibitions. Here he curates a group show that reflects on themes of memory, language and representation, drawing on author Joyce Carol Oates’ proposition that chance meetings may lead to profound transformation. The individuals, texts and here, art works, that we encounter can, according to Oates, become “integral to our destinies”.

Notable pieces include Cerith Wyn Evans’ Pasolini Ostia Remix (1998/2003), set on the beach near the location where Italian film director, poet and writer Pier Paolo Pasolini was found murdered in 1975. A quotation from one of Pasolini’s works, Oedipus Rex (1967), is illuminated in burning letters against the night sky. This potential of images to hold memories is also explored in Christodoulos Panayiotou’s 35mm slide installation If Tomorrow Never Comes (2007), an anthology of images documenting the particular use of fireworks in the city of Naples as both celebration and covert Mafia communication throughout the 20th century.

Stuart Marshall’s Arcanum (1976) disrupts the symbiotic relationship between what we see and what we hear by framing a close up shot of a mouth as one phrase becomes another. Works by Su Friedrich and Stephen Sutcliffe juxtapose poetry with what initially appear to be seemingly unrelated images, while Steve Reinke and Paul Wong explore representations of sexuality, friendship, the everyday and the dreamworld.

If Not Always Permanently, Memorably was commissioned by Picture This. Thanks to LUX, White Cube and The Block.
James Richards

James Richards (1983) was born in Cardiff and lives and works in London, where he received a BA in Fine Art from Chelsea School of Art and Design in 2006.
Richards was a 2012 recipient of the Derek Jarman award and participated in the LUX Associate Artists Programme in 2008. Recent solo exhibitions include James Richards at CCA Kitakyushu, Japan (2012), Not Blacking Out, Just Turning the Lights Off at Chisenhale Gallery, London (2011) and James Richards at Rodeo, Istanbul (2011). His work has been included in numerous group exhibitions and screenings including Frozen Lakes at Artist Space, New York (2013), The Imaginary Museum at Kunstverein München, Munich (2012) and The Voice is a Language at Tate Modern, London (2012).

Gordon’s work as a painter and printmaker follows the relationship between representation and abstraction, seeing and reading. The artist often enlarges details to reveal hidden structures, zooming in until textual or pictorial information is reduced to dots and lines. She draws on source material that might be considered by-products of history, of medium and of making: the grid structure of Modernist painting, the dot matrix of the silk screen and details from her own painting studio.

The exhibition includes new works from a number of ongoing series. The Daily News (RIP) is the product of months of research into newspaper archives; the artist selects and then reproduces the grid layouts from the first and last page of extinct local journals, creating abstract works by pushing ink through blank silk screens. These are accompanied by large-scale prints on canvas that on which coloured grids overlap to create dazzling patterns that resemble digital interference.

Blow Up Modernists also uses the medium of screen print to enlarge reproductions of early Modernist paintings from catalogues, revealing the surface cracks of age while creating new abstract compositions. These works are contrasted with more intimate paintings in a series also titled Material Evidence. Here, close up studies of studio surfaces such as walls, floors and tables are presented as terrains of pattern and texture.

The central gallery features Gordon’s distinctive Structures for Viewing, suspended screens interwoven with coloured elastic that, viewed from one angle, create a grid through which to see works on the walls and, from the other, appear as a dense colour field. The screens are strung with cord and weighted with the kinds of sandbag used in stage sets, allowing the installation to be adjusted throughout the show. As the artist moves between printing, painting and installation, so she employs tricks of perspective taken from theatre, as well as the history of painting, to explore the ways in which visual information is perceived and reproduced.
Melissa Gordon

Melissa Gordon (1981) is an American artist based in London. She was the winner of the ABN AMRO Kunstprijs 2007 and the Royal Prize for Painting in the Netherlands in 2005, and studied at Rhode Island School of Design, Cooper Union in New York and De Ateliers in Amsterdam.