Norman Foster has been invited to curate an anniversary exhibition for the Carre' d'Art's 20th birthday. The selection is mostly made up of works that he collects. It will include works by historic artists like Alberto Giacometti or Alexandre Calder up until some contemporary artists. 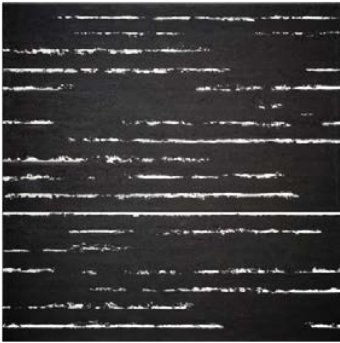 To mark Carré d'Art’s 20th birthday, Norman Foster has been invited to curate an anniversary exhibition to open on May 2nd 2013. This is an exceptional show on two counts, both because this is the first time that Norman Foster is to curate an exhibition and because it is to be held in a building that he himself built just 20 years ago.

Norman Foster is a knowledgeable lover of Art and with his wife a great collector. The selection is mostly made up of works by the artists that he collects and with which he and his family live on a day-to-day basis.
It will include works by historic artists like Alberto Giacometti or Alexandre Calder up until some contemporary artists, some of them seldom shown in France. So as to enter into a real dialogue with the building, the idea is to include in the project, in addition to the usual exhibition galleries, spaces like the Carré d’Art entrance or the stairs.

Some works are to be commissioned specially for this occasion. This is the case with a sound work by the American artist Bill Fontana, who has already exhibited at the London Tate Gallery and on the Golden Gate Bridge in San Francisco, as well as a monumental installation by the Brazilian artist Nuno Ramos, or Olafur Eliasson.

This show will take us into the thinking of one of our greatest contemporary architects, who is inspired by the artistic offerings of Modern Art and also by the most emergent creative work.

A few works selected from the Carré d’Art collection will be mixed in with the Norman Foster hanging, most notably with the presentation of all works by Gerhard Richter, or The Winter Journey by Juan Munoz.

Catalogue bilingual French-English, published jointly with Ivorypress, will be devised as a book depicting the architect’s imaginary museum. It will include an interview with Norman Foster by Carré d’art-Musée director Jean-Marc Prévost. Forthcoming exhibition: STAN DOUGLAS from October 11th 2013 till January 12th 2014 (dates to be confirmed)