The works of Natalie Czech oscillate between concrete poetry and conceptual photography. The varied output of Herr von Eden showcases selected designs and campaigns in Hamburg. Through his works, Nathan Hylden addresses both the conditions and the potential of painting. 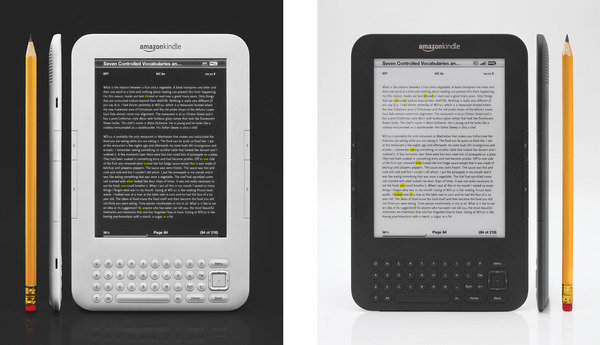 Natalie Czech
I cannot repeat what I hear.

The photographic works of Natalie Czech (born 1976, currently living in Berlin) oscillate between concrete poetry and conceptual photography. She highlights the relationships and interactions between images and texts, poetry and the visual arts whilst also exploring the lyrical potential that lays hidden in newspaper articles and books.

The exhibition in the Kunstverein Hamburg is a collection of new pieces specially produced for the exhibition. Natalie Czech will present for the first time her series “Poems by Repetitions”, which was developed in 2013 in addition to the work “Voyelles” (Vowels).

Poems by Repetition refers to Gertrude Stein’s play Saints and Singing (1922), in which the author de- voted herself to the essence and function of repetition. At the end of the text, in which she speaks out in favour of repetition, she suggests various ways of using it, focussing mainly on a dynamic, processual, rhythmising form of narration. The repetition of what appears to be the same also contains a tonal element, similar to the refrain of a song or an echo.

Against this background Natalie Czech singled out existing poems, by Aram Saroyan, Hart Crane, Allen Ginsberg, Gertrude Stein and others, that are characterised by the rhetorical device of repetition. These poems only become completely visible and readable in the repeated depiction of the same photographed text material and its serialisation as a group. Czech’s visual motifs draw on different media, such as magazines, record covers, books, iPads and Kindle readers. Her painstakingly researched and selected textual fragments (a film review, a set of dance instructions, an essay on the significance of record cover design for the marketing of music, for example) make reference to both the poem in question and to music.

Repeatedly photographing the same texts produces stylistic variations such as minimal shifts in frame and perspective, altered exposure times and the juxtaposition of different resolutions. The photographs are also taken at various times of day, using similar techniques of repetition to those adopted by the writer of the respective poem. The works portray an “allegory of writing” through the complex interac- tion of meaning, repetition and variation.

Czech’s works are a way of writing with visual techniques, though the end product – the photograph – actually creates the textual level rather than merely depicting it. And so, by implication, Frank O’Hara’s poem Why I Am Not a Painter can also be applied to Czech to produce the statement “why I am not a writer”. For in the end, artist and author do not differ by their creative process but solely in their choice of medium.

The second new work, Voyelles, goes back to Arthur Rimbaud’s 1871 sonnet of the same title, and to his Lettre du voyant (Letter of the Seer) and its line “I is another”. In Voyelles he attributes a particular hue to each vowel in an attempt to link sound and colour. It is certainly one of the most well-known poems dealing with the subject of synaesthesia. Czech considers how a photograph that brought about such a fusion of the senses might look, or whether (ultimately) this phenomenon can only be conveyed linguistically. She invited ten authors (Erica Baum, Julien Bismuth, Christian Bök, Federica Bueti, Övül Durmusoglu, Jean-Pascal Flavien, John Holten, Barry Schwabsky, Paul Stephens and Judith Vrancken) to write themselves a letter in her name in which they describe a fictitious photograph that represents a synaesthetic moment. The descriptions are entirely arbitrary, but they always concentrate on one of Rimbaud’s colours and its associated vowel. Even if all the letters appear to have been written by the same author, the various people behind them are as recognisable as the different ideas they have of their client. In the end Czech places the individual letters in front of a coloured background to produce a synaesthetic photograph. The letters thus become their own photographic works, which lends another dimension to the numerous questions of authorship in this piece.

An artist's book has been created for the exhibitions in cooperation with the Kunstverein Braunschweig.

With "Intermedian #5: Herr von Eden – CTRL ESC", Kunstverein Hamburg is continuing the series of smaller exhibitions that it launched in 2012. These art interventions interact with the existing exhibition programme in terms of form or content. The previous Intermedian exhibitions, Katharina Koppenwallner / International Wardrobe, Jonathan Johnson / Gabi Dziuba, Arthur Morass and Stefan Strumbel, presented works that reflected the content and techniques of the temporary exhibitions. The juxtaposition of artworks, other artefacts and everyday objects in the context of their cultural history leads to productive associations of ideas, as the varying perspectives enable visitors to repeatedly switch their level of reception and to identify new links and associations.

In 2013 the series was given its own exhibition space, the "Red Room" in the foyer of the Kunstverein. The works displayed here take various approaches, adopting specific techniques, visual language and strategies that go beyond the confines of art or that, conversely, take art into other areas of life. From mid-July until September 2013, Kunstverein Hamburg will present the varied output of Herr von Eden by showcasing selected designs and campaigns and examining the Hamburg-based label’s production over the past 15 years.

In terms of content, the presentation is linked to the concurrent exhibitions by Natalie Czech and Nathan Hylden, both of whom work with repetition and reference to previous works. The same can be said of Bent Angelo Jensen, founder and manager of fashion label Herr von Eden, whose designs make a deliberate reference to clothing of the 1920s to the 1980s. While the bases of Jensen’s designs are in principle repetitions, he always styles them in a fresh way and places them in a contemporary context.

The works on show in the Red Room constitute a fashion inventory from an innovative, continuously evolving label. The documentary film "Herr Jensen", directed by Constanin Vider and Roman Roitman will be screened during the closing event at Kunstverein Hamburg on 1 September 2013. The exhibition will then travel to Tokyo, where it will go on show at the Goethe-Institut in spring 2014.

The primacy of uniqueness, which is one of the main criteria used to assess art, is highlighted here using strategies of repetition and imitation. One example in which this is particularly clear is in the paintings of Nathan Hylden (*1978, currently residing in Los Angeles).

The starting point for his most recent series, which is to be exhibited in various locations including Kunstverein Hamburg, is a photograph of his studio. It shows the silhouettes of a number of objects and items of furniture found in the studio, although they are in this instance purposefully arranged and staged in a certain way. By means of silk-screening, he then transfers the photograph on to 10 equally large, thin aluminium plates, whereby the motif is shifted very slightly for each successive copy. In no particular order, large sections of the plates have then been painted with colour before being piled atop one another and treated with acrylic paint.
The stacking leads to visible traces of the other plates being left: like an index, they all reference one another whilst also indicating the existence of further images. In the end, Hylden positioned the silvery grey and red aluminium plates in the exhibition space in such a way that the play of light and shadow in his studio is reproduced on the walls: the walls of the exhibition space become the walls of the studio.
Through painting, the work setting in his studio become part of the exhibition: the place of production becomes the place of presentation. For visitors, the sequencing of the aluminium works functions as a filmic sequence, the wandering silhouettes depicting the passage of time.

Through these works, Hylden addresses both the conditions and the potential of painting. He tests various backing materials and looks at how these interact with different layers of colour. Technical processes have standardized the production of images, reducing the artist’s gesture to a minimum and otherwise transposing it onto the concept of repetition. A cosmos of images arises, made up of numerous interconnected and inter-referential works, whose beauty evolves by dint of their serial qualities and iteration.