Helpless. The exhibition showcases the diversity of a practice that has been probing the cracks in both the collective and individual memory since the early 1990s through a range of installations, sculptures, drawings and collages. 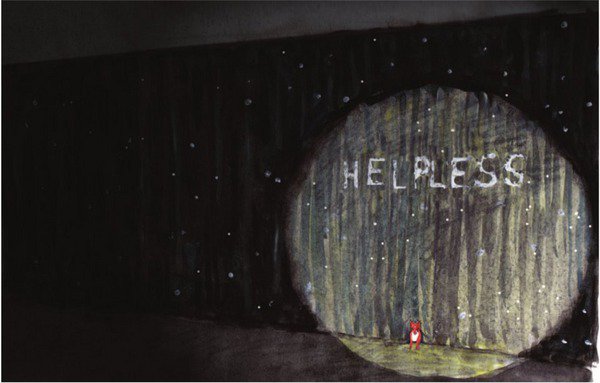 The Pierre Ardouvin exhibition at the CRAC in Sète showcases the diversity of a practice that has been probing the cracks in both the collective and individual memory since the early 1990s through a range of installations, sculptures, drawings and collages. Helpless provides the visitor with a series of different environments comprising something of a random archipelago to explore as they wander around the volumes and architecture of the exhibition space. Pierre Ardouvin's work finds particular resonance in the port town of Sète, at the gateway to the Mediterranean, since desert, island, sea, exile and the notion of uprooting in fact feature heavily in the exhibition. The metaphor of the island, a ter- ritory that is slightly detached from the world that Gilles Deleuze defined as the "true prototype for the collective soul", is interpreted by the artist as an allegory of the human condition, constantly torn between the need to put down roots and the desire to set out to conquer "their" world.

With the emphasis heavily on reverie and fantasy, the works on display here make use of both the extensive space and the smallest recesses of the CRAC, as demonstrated by the Le vide emplit mes yeux ('Emptiness fills my eyes') room, where the artist makes it possible to see the building’s “depths” by means of a lowered ceiling. As is often seen in the artist's work, the available space is also used to underline the static movement of thought and the notion of dwelling on memory. As reflected in the La nuit je mens ('At night I lie') area, which evokes the dual movement of per- sonal introspection and of withdrawal, various inward-looking devices, such as Marcel and Roue de la fortune, also evoke the alienation of media spectacle. Movement, in this case, does not bring with it any form of liberation. Indeed, it rarely allows for any form of progression, but rather evokes a certain nostalgic stagnation of a soul enmeshed in the contemplation of an artificial past. The spectator experiences this 'hovering' whilst waiting, faced with the tale of a world that is drawing to a close, a world to which he would be the unwitting witness.

All of the rooms incorporated in the exhibition are therefore more or less suspended in an undefined, atopic and achronic space-time, a boundary between two worlds. In blurring the stable boundaries between the internal and the external, the past and the present, the space attributed to the representation and to that which is represented, Pierre Ardouvin engages the spectator in an unpredictable experience where forgotten figures, crouching in the col- lective subconscious, continually resurface by force. A small, defenceless fox is caught in the spotlight of the Helpless installation, whilst a 'damaged' tooth, attached to a baby activity gym (Holala), reawakens archaic fears. The sometimes grotesque, sometimes tragic works of Pierre Ardouvin are devoted to the lost territory of childhood and summon up the relics of an idyllic past, dreaming of new horizons and uprooting. The artist uses simple, unheroic gestures to create subtle shifts in functionality based on the most commonplace everyday objects, such as a tablecloth draped over a lazy Susan to evoke the Roue de la fortune ('Wheel of Fortune'), a common screen transforming into a dreamlike forest, a hat stand and a piece of parquet flooring portraying a desert island landscape and even the arrangement of two synthetic fur coats to create the illusion of a supernatural creature. A combination of childhood innocence and vague bitterness, the world of Pierre Ardouvin continuously swings from wonderment to dread, desire to expectation and frustration.

There is also the sun of the Côte d'Azur, the picture-postcard imagery of the seaside resorts that the artist embraces at every opportunity, increasingly inspired by a type of sentimental and outdated folklore. With this in mind, Marcel, a dark tribute to Duchamp, is potentially evocative of the vests worn by dockers and beach attendants, unless we're talking about a different Marcel, whose age-defying glory continues to shine here. The journey might not appear to be taking you anywhere, with nostalgia taking a firm hold of memory, but the artist has made sure to leave the prospect of true escape well and truly open: in the isolated, introspective space of the museum, the spectator is able to end their journey outdoors, facing the sea – a real metaphorical opening towards a very real new world.