S'inventer autrement. The exhibition extends over 15 recent video installations and a participatory project, which pose questions about the construction of identities, individual or collective, and porous boundaries between masculine and feminine. 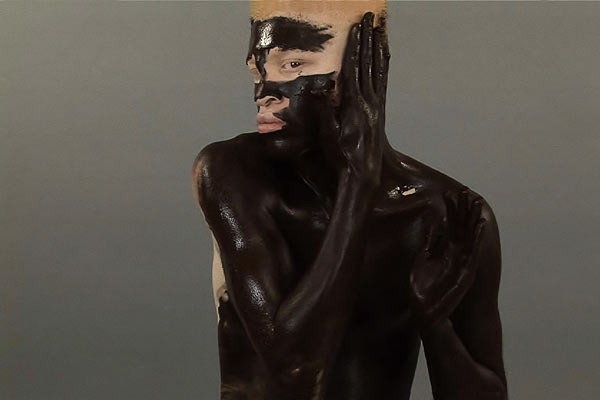 Since the start of the 90s, the French artist Sylvie Blocher has carved an international career and her works have been presented in prestigious institutions including MoMA PS1, New York; MAMBA, Buenos Aires; SFMOMA, San Francisco; MCA, Sydney and more recently the Grand Duke Jean Museum of Modern Art (MUDAM), Luxembourg (from 8 November 2014 to 25 May 2015).

It is the first time since her exhibition at the Centre international d’art et du paysage on Vassivière Island in 1993 that Sylvie Blocher’s work is the focus of a large-scale solo exhibition in a French institution.

The exhibition S’inventer autrement, at the Centre Régional d’Art Contemporain Languedoc-Roussillon, extends over fifteen recent video installations and a participatory project, which pose questions about the construction of identities, otherness, individual or collective speech and porous boundaries between masculine and feminine.

Prior to each of the video devices, a series of drawings produced daily by the artist over the course of a year on the front pages of the Libération newspaper, highlight the way in which the artist carries out a constant coming and going between personal and political domains.

Dreams Have A Langage Part 1, Off the Ground (2014) is an installation that broadcasts a unique journey, blending a video installation and the production of a film co-directed by Sylvie Blocher and Donato Rotunno. In this work, the artist proposed lifting the inhabitants of Luxembourg off the ground – to over 12m high – with the help of a machine made of 4 ropes in the entrance space of the MUDAM. The artist enabled the participants to leave the world for several seconds and see it in a new light. Other works, like the diptych Change the Scenario (Conversation with Bruce Nauman) (2013) and three videos (Skintone, Colour, Alamo) recently created by the artist in Texas for the San Antonio Museum of Art, explores the conflicting aspects one has to deal with as a result of historical violence.

Reviving sung or slam style speeches and major manifestos in contemporary history (like those of Angela Davis, Communist Manifesto, Barak Obama and Edouard Glissant), the five videos that form the Speeches series (2009-2012, Mudam Collection) are concerned with the political dimension of the imagination and their promises of happiness.

Conducting ‘the poetics of relationships,’ Sylvie Blocher’s works often involve external participants who have been invited to speak or act in front of the camera.

Sylvie Blocher therefore shares ‘her authority as artist’ with the participants to create what she calls ‘Living Pictures’.

The participatory project Qu’offrez-vous? was expressly produced by the artist for her exhibition at the Centre Régional d’Art Contemporain Languedoc- Roussillon in Sète. The exhibition S’inventer autrement presented at the CRAC LR was produced in collaboration with the MUDAM.