Art from Europe's Edges in the Long '90s and Today. With 140 artworks, the exhibition brings together the works of 64 British and Polish artists which is conventionally identified with two, much contested, 'groups': the Young British Artists, and the exponents of Polish Critical Art. Henry Bond & Liam Gillick, Jake & Dinos Chapman, Tracey Emin, Damien Hirst alongside the influential Polish artists from this period: Pawel Althamer, C.U.K.T., Grzegorz Klaman, Katarzyna Kozyra and many more. 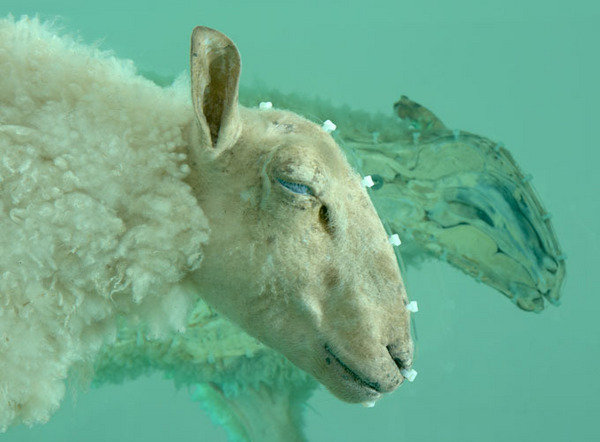 From 7 September to 15 November 2013, the Centre for Contemporary Art Ujazdowski Castle Warsaw is proud to present British British Polish Polish: Art from Europe’s Edges in the Long ‘90s and Today, the first major exhibition mounting a parallel investigation of British and Polish contemporary art.

The departure point for British British Polish Polish is the extraordinary parallel flowering of contemporary art in Britain and Poland at the turn of the 1980s / 1990s, which is conventionally identified with two, much contested, ‘groups’: the Young British Artists, and the exponents of Polish Critical Art. Creating works that spoke with an arresting directness to a number of central human concerns—among them life and death, sex and violence, ethics and politics—these artists provoked considerable debate in their home countries, not least in the media, and helped transform the status of contemporary art in Britain and Poland from a specialist area of enquiry, seemingly of interest only to a small number of initiates, into a popular cultural form. Notably, these developments took place against the backdrop of two major shifts in each nation’s economic, and political, realities: in Britain, the ‘Big Bang’ sounded by the sudden deregulation of the financial markets in 1986—the year that Damien Hirst enrolled in Goldsmiths’ College—and in Poland, the end of Communism in 1989.

In addition to bringing together major works of British and Polish art from the ‘90s, the exhibition also showcases a new generation of artists from Britain and Poland, who have emerged in the period following the Global Financial Crisis of 2007/8, and for whom the early ‘90s are as temporally—and perhaps culturally?—distant as the early ‘70s were for the YBAs, and exponents of Polish Critical Art. The presence of this new generation of artists in the exhibition prompts a set of questions: Do today’s emergent artists relate to, or react against, or simply ignore the legacy left by their predecessors? Is this an artistic legacy, or is it something broader: a context in which the public might experience, and consume, the work of art? Are we still in the ‘long 1990s’, or do we live in new, and uncharted, times?

British British Polish Polish will be accompanied by a major English / Polish language catalogue—editor: Agnieszka Pindera—with texts by the curators, the British authors J.J. Charlesworth, and Isobel Harbison, the Polish authors Jakub Bąk, Izabela Kowalczyk, Paweł Możdżyński, and archival research by Oliver Basciano and Maryla Sitkowska focusing on the British and Polish political and cultural scenes, and a programme of lectures and educational workshops.

Organization of the exhibition British British Polish Polish. Art from Europe’s Edges in the long 90's and Today is being supported by the British Council, which celebrates its 75th anniversary in Poland.