The exhibition is the outcome of Daily Lazy Projects's online documentation showcasing images from artists's ateliers along with descriptions of their studio practices and workplace environments. 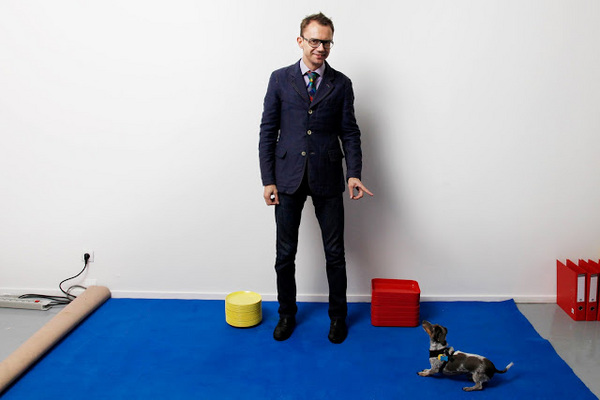 DLP collaborated with Lydia Pribisova for the selection and support of the Slovak artists.

Daily Lazy Projects was founded in 2011, in Athens, Greece. The current DLP team comprises artists Dionisis Christofilogiannis, Stelios Karamanolis, Tula Plumi, Yorgos Stamkopoulos. Its goal is to present projects touching on contemporary art issues through collaborations with artists, curators, organisations, and other practitioners involved in the arts. The scope of activities includes three residences: in Athens, Cluj-Napoca, and Berlin, and will involve other cities in an endeavour to negotiate the notions of “art scene” and “art centre”.

Kunsthalle Athena is a flexible art centre dedicated to the visual culture of our time. Its major objective is to reintroduce contemporary art and its significance to a genuine public sphere, prioritizing the possibility of co-producing and thus extending culture. Drawing on creative sources of varied origins and providing a vital core of social interaction and exchange, Kunsthalle Athena is constantly informed by the idiosyncrasy and distinctiveness of Athens and its public. Our desire is to emphasize the constant transformation of ‘the polis’ as a symbolic location for the production and dissemination of contemporary culture worldwide.Founded in 2010, Kunsthalle Athena is an initiative of curator and writer Marina Fokidis and remains grateful to its many friends for their generosity and spirit of solidarity.

ReMap is a biannual contemporary art platform organized by the not for profit organization ReMapKM. Running parallel to the Athens Biennial, ReMap spans across a variety of locations within the Kerameikos-Metaxourgeio Area in the Athens Historical Center and provides a new and distinctive way to create, access, interpret, share and experience international contemporary art, with the urban context, in Athens, Greece. ReMap 4 will take place in September 2013 intends to once more present a unique kaleidoscope of the current artistic production as it happens on a global and a local level.

DLP collaborated with Lydia Pribisova for the selection and support of the Slovak artists. http://dlprojects.tumblr.com/ & http://daily-lazy.blogspot.gr