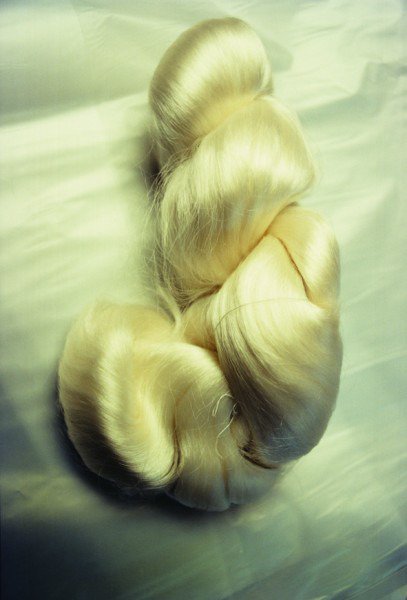 The Michael Hoppen Gallery is honoured to host its second major exhibition of work by the highly esteemed Japanese photographer Miyako Ishiuchi. Displayed across all three floors of the gallery, the show will include photographs from her early trilogy ‘Yokosuka Story’(1976-1977), ‘Apartment’(1977-1978), and ‘Endless Night’(1981); then prints from ’ひろしま/Hiroshima’; and works from her most recent series ‘Silken Dreams’, exhibited now for the very first time outside Japan.

Miyako Ishiuchi was born in 1947 in Japan, a country whose culture had been marked by the influence of the US servicemen living on the naval bases in major ports and cities during the military occupation post World War II. The presence of the western soldiers had a profound effect on Ishiuchi’s early childhood, and inspired her to produce her first body of work ‘Yokosuka Story’.

Alongside Shomei Tomatsu, who taught her to print, and Daido Moriyama, Miyako Ishiuchi is one of a renowned group of Japanese photographers who confronted the trauma present in post–war Japan and the dawning of a new era, by using their cameras as eloquent tools to express, record and explore what it meant to be Japanese at this pivotal moment in history. Her work is much admired by both her mentors. Most of her pictures in Yokosuka Story, Apartment and Endless Night are unpopulated. Ishiuchi traces the absent presences, the fleeting moments, and looks for what was and what remains.

This palpable sense of time past and time present pervades much of her work, bringing with it a surprising tenderness and compassion. It is the driving force behind her series Mothers (with which she represented Japan at the Venice Biennale in 2005) and also of her ongoing interest in scars: “I cannot stop [taking photographs of scars] because they are so much like a photograph… They are visible events, recorded in the past. Both the scars and the photographs are the manifestation of sorrow for the many things which cannot be retrieved and for love of life as a remembered present.” — Miyako Ishiuchi And indeed, this same sentiment forms the essence of her more recent projects ひろしま/Hiroshima and Silken Dreams. In 2007, Ishiuchi photographed articles of clothing worn by the victims of the atomic bombing of Hiroshima, which are archived at the Hiroshima Peace Museum Memorial. The tattered garments appear as ghosts of their former inhabitants.

Understated but powerfully disturbing, these images continue Ishiuchi’s investigation of the body, mortality, and the passage of time, manifested in marks and scars – both physical and psychological – and the objects that bear their imprint. In the process, she had contact with a great many silk garments — an experience that awoke her interest in this material. This lead Ishiuchi, in 2010, to take “silk” as a theme and she began photographing meisen silk weave fabric, silkworm cocoons, silk mills, and weaving mills. Meisen silk kimono enjoyed popularity from the 1880s to the 1940s. Ishiuchi’s birth city of Kiryu, Gunma Prefecture, was once a famous textile production region, but in recent decades there has been a real demise in demand.

Thus with a gentle nostalgia but without sentimentality, this series highlights the fact that the silk industry is no longer a pillar of the Japanese economy. It’s as if Ishiuchi presents the silk as the vestiges of a dream embraced by early modern Japan—a dream that remains vivid and beautiful, even now. Again and again, Ishiuchi looks to the past to see how it bears upon the present. She is one of the great chroniclers of our time, and this exhibition will group together some of her most profound and touching works. It’s a must see.