Shapes in Transition. Combining the media of photography, sculpture, and drawing, the works of Hungarian-born artist offer viewers an introduction to questions of science and technology. 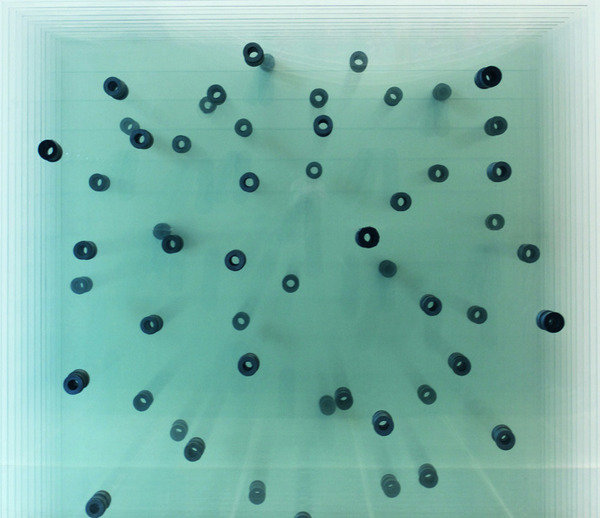 Galerija Gregor Podnar is pleased to announce Attila Csörgőʼs third solo exhibition in Berlin “Shapes in Transition” featuring installations, drawings and photographs from the Clock-work series, and the work Squaring the Circle, the first version of which piece was presented in dOCUMENTA (13).

Combining the media of photography, sculpture, and drawing, the works of Hungarian-born artist Attila Csörgő offer viewers an intelligent and playful introduction to questions of science and technology. The results are often unexpected, amusing, or even poetic. In long-term experiments the artist explores branches of science such as kinetics, optics, or geometry to examine questions of perception; and on this basis he develops his theories about the construction of reality.

Recent kinetic constructions of the experimental Clock-work series, Clock-work from 2011 and Clock-work (Made in Poland) from 2012, continue his examination of light and motion combined. At the interface of visual arts and science, his work on phenomena of perception finds its focus in the lemniscate, the figure eight lying on its side. Both mathematical symbol and poetic shape, the lemniscate is a symbol of infinity shaped like a horizontal 8. What Csörgő has built is a 'time machine' which can be read as a sculpture or a three dimensional drawing, a moving picture or simply a scientific experiment.

‘Squaring the circle’ was originally one of the famous – unsolvable - mathematical tasks coming from the ancient Greek world. It fascinated people during centuries until the final conclusion in the 19th century when mathematicians proved it is unsolvable. Nowadays, metaphorically, we use this phrase for describing a task that is impossible to carry out.

Squaring the Circle belies the age-old problem to be solved by making the impossible possible and turning a circle into a square. This playful yet complex work creates a square from the shadow of a circle with the help of a special mirror.