The solo exhibition of Pauline Boudry and Renate Lorenz features their film 'To Valerie Solanas and Marilyn Monroe in Recognition of Their Desperation', the film installations 'Toxic' and 'Salomania'. "Slow Runner: Her Noise Archive II" brings together new and existing content from the Her Noise Archive, a multi-annual research project and study collection which includes records, CDs, tapes, moving images, books etc. by artists who work with sound and experimental music. 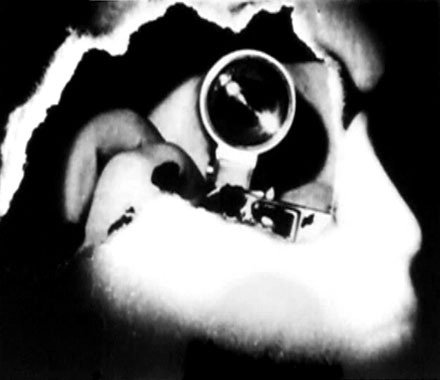 The Badischer Kunstverein presents the first institutional solo exhibition of Pauline Boudry and Renate Lorenz in Germany. The exhibition centers around their newly produced film “To Valerie Solanas and Marilyn Monroe in Recognition of Their Desperation” (2013), which was made in cooperation with the Badischer Kunstverein and will be shown here for the first time. This film is accompanied by the film installations “Toxic” (2012) and “Salomania” (2009).

In their primarily filmic works the two artists deal with the emergence of photography and film against the backdrop of colonial history and the invention of body norms. Historical photographs, texts or songs become the starting point for their search for alternative (sexual) practices and ways of living, conjoining with subversive approaches from pop, glamour, and camp.

Boudry/Lorenz’s films show performances that are performed for the camera which are only indirectly encountered by the audience through the film projection. At the same time, projected films or images often form the stage background for these filmed performances, so that the different levels overlap. In “Salomania,” for example, the performer Wu Tsang reenacts the dance by the actress Alla Nazimova in the silent film “Salome” from 1923, which is projected behind him. The filmic illusion is broken again and again in the works by Boudry/Lorenz, as the performers look or speak directly into the camera, and the director or the camera itself comes into the picture. In “Toxic,” for instance, the performer starts a conversation with the film team, addressing the hierarchical relations within the film production process.

The new film “To Valerie Solanas and Marilyn Monroe in Recognition of Their Desperation” takes as a starting point a score with the same title by the avant-garde composer Pauline Oliveros from 1970. The piece is performed by the six musicians Rachel Aggs, Peaches, Ginger Brooks Takahashi, Catriona Shaw, Verity Susman, and William Wheeler. The composition, which Oliveros says was influenced by Valerie Solanas’ radical feminist “SCUM Manifesto,” affords the musicians an equal role, rejecting the hierarchical structures of traditional music. The artists are especially interested in the question of “whether and how changing structures engenders queer relations, whether musical and filmic forms and materials can become revolutionary.” Entirely in keeping with the exhibition title “Patriarchal Poetry,” which quotes a poem by Gertrude Stein, this involves queer politics starting from the history of aesthetics.

Pauline Boudry and Renate Lorenz have been working together since 1998. They live in Berlin.

The film installation "To Valerie Solanas and Marilyn Monroe in Recognition of Their Desperation" is funded by Stiftung Kunstfonds and produced with the support of Badischer Kunstverein in Karlsruhe, Electra in London, and Les Complices in Zurich.

A publication is planned to follow the exhibition in collaboration with CAPC/Bordeaux, Electra/London, and Les Complices/Zurich.

Taking the form of moving image work and rarely shown archival material, “Slow Runner: Her Noise Archive II”brings together new and existing content from the Her Noise Archive, circling, referencing, and extending links to Pauline Boudry/Renate Lorenz's new film “To Valerie Solanas and Marilyn Monroe in Recognition of Their Desperation” (2013) and pioneering composer Pauline Oliveros’ eponymous 1970 score. During the 70s Oliveros’ feminist philosophies of music not only radically challenged the patriarchal Western musical canon, but also the parallel ‘women’s music’ of the feminist movement by interrogating the notion of the ‘performer’, the ‘audience’, and the very meanings and forms of music itself. These rich tensions are explored through a series of contemporaneous works on display from Barbara Hammer, Lis Rhodes, Robert Ashley and others, whilst a new series of posters by New York-based artist Emma Hedditch creates a spatial manifestation of fragments from these histories and the wider archive.

This display of works is accompanied by a selection from the Her Noise Archive, a multi-annual research project and study collection which includes records, CDs, tapes, moving images, books, catalogues, magazines, fanzines and exclusive interview material by artists who work with sound and experimental music such as Kim Gordon, Christina Kubisch, and Kevin Blechdom.The Her Noise Archive was initiated by Lina Dzuverovic and Anne Hilde Neset, who curated “Her Noise”at the South London Gallery in 2005 and founded Electra in 2003. Following this initial exhibition the Her Noise Archive has toured internationally and was hosted by the Badischer Kunstverein in the context of the group exhibition “Pop! goes the weasel“ (2008). Since then, the Her Noise Archive has expanded its focus into various research projects, and online at hernoise.org.

The archive – accessible for the public at CRiSAP, London College of Communication – is a physical manifestation of the desire to draw lines of affinity between different moments of the avant-garde, from the radical contemporary composition of Oliveros to No Wave, riot grrrl and other more contemporary experimentations in sound and feminism.