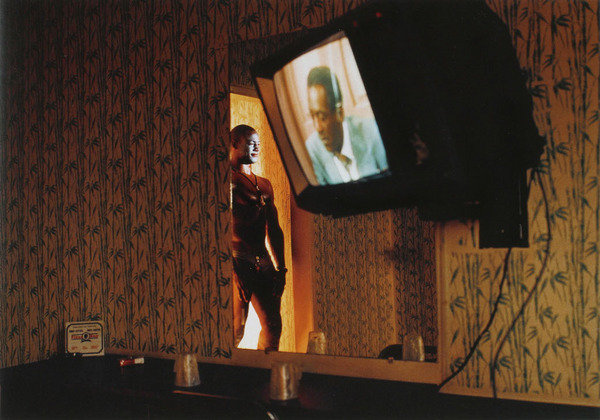 The title says it all: PhotoA–Z: photographers we have featured, and those still on our wish list. With this exhibition, the NRW-Forum is looking back and taking stock of 15 years of sensational solo photo exhibitions featuring stellar artists such as Peter Lindbergh, Herb Ritts, Helmut Newton, Robert Mapplethorpe, Guy Bourdin, Rankin, or most recently Bryan Adams, and group exhibitions such as Chic Clicks, Spectacular City, or State of the Art.

Down through the years, our photo exhibitions have covered the complete alphabet: from A for Araki to Z for 'Zeitschriften' (magazines) and including G for Goldin, H for Höfer, O for Outerbridge, and W for Wall. It includes both the avant-garde of photo magazines and artists whose work has been style-defining and shaped not only the history of photography, but also advertising, fashion, and media. In addition to important icons whose works have already been exhibited at the NRW-Forum, such as Helmut Newton, Guy Bourdin, or Robert Mapplethorpe, this exhibition now fills in the remaining gaps with works by Cindy Sherman, Philip-Lorca diCorcia, and Inez van Lamsweerde (who have all had an extremely innovative and different influence on (fashion) photography), Richard Prince and Peter Fischli/David Weiss (who rooted appropriation in photography), or old masters like Paul Outerbridge and Charles Jones (whose works are once again exerting a huge influence on a young generation of photographers). Many of the works have rarely if ever been exhibited in Germany; other prints were made specially for this exhibition, such as Nick Knight's flower photos or Joel Sternfeld's iPhone photos from Dubai. A large wall installation at the exhibition featuring over 100 magazines illustrates the huge influence of print media on the dissemination of photography and the important role played not only by magazines that are dedicated solely to photography but also by fashion and lifestyle magazines such as Vogue, Harpers Bazaar, or I-D.

The works interweave the individual viewpoints of the photographers and the history of photo exhibitions at the NRW-Forum to create a kind of spider's web. It is a highly subjective selection, made solely on the basis of the personal preferences of the people behind the exhibition, Petra Wenzel and Werner Lippert. The one and only objective is to highlight once again how photography was able to develop into a leading artistic medium in the course of the twentieth century, how its convergence with a growing number of new disciplines (fashion, video, reportage) took shape, and how it always liberates itself from the shackles of an art form that has become 'classical' and renews itself again and again.

'PhotoA–Z is an exercise in taking stock, a review,' writes the renowned photo historian Prof. Klaus Honnef in his essay for the exhibition catalogue. 'On the one hand, it is an unusual review. At the same time, it is a contemporary document that illustrates what could be deemed "the state of the art" in photography against the backdrop of a dramatic change in the way the medium was dealt with before and after the turn of the millennium. Moreover, PhotoA–Z is a (lost?) reflection of our yearnings and desires, our secret fears and worries, which we tend to hide away inside. These fears and desires are captured and made visible in photographs that change the collective view of things and are themselves the products of a more profound change. The history behind these photos is complicated. Invisible.'