Giving Form to the Impatience of Liberty

An exhibition around the relations and conflictual situations between art and politics, art and life, art and society. With a range of different artistic practices between the visual and the performing arts. Are granted special attention to Methods of rereading and reenactment. 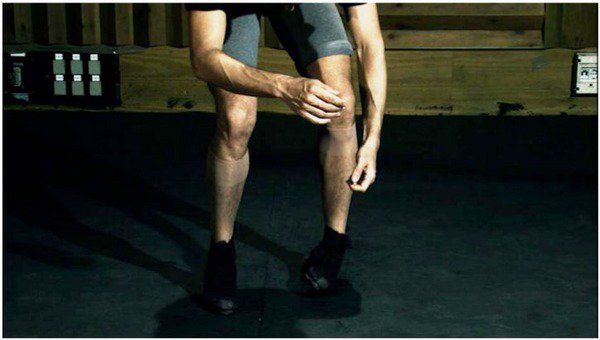 I do not know whether... the critical task still entails faith in Enlightenment; I continue to think that this task requires work on our limits, that is, a patient labor giving form to our impatience for liberty.
Michel Foucault, “What is Enlightenment?”

In introducing the exhibition Giving Form to the Impatience of Liberty, the Württembergischer Kunstverein in Stuttgart is once again circling around the complex relations and conflictual situations between art and politics, art and life, art and society.

The exhibition’s point of origin rests in the younger forms and discourses of a (re)politicization of the arts, which are meant to be probed in terms of their heterogeneity and antagonisms. These are artistic practices which subject the aesthetic utopias of modernism that were said to have floundered to both a critical reading and a reevaluation, and which— reaching beyond a naïve euphoria or worldly-wise distance—renegotiate the political, societal, and critical potentialities of art. Activist positions and artworks with concrete political points of reference are considered here, as are works that approach, on a rather structural level, a rereading, realignment, and relocalization of knowledge, power, ideology, space, and the body. The works not only reference, but actually create acts of political articulation and subjectivization.

With regard to content, the exhibition focuses on developments from the capitalist disciplinary society to the neoliberal society of control. It reflects the latter’s discourses of efficiency and creativity, its spatial and biopolitics. Using artistic means that extend from diverse graphical techniques to choreographies for dancing, the works explore private spaces, urban spaces, and working spaces.

The exhibition hones in on a range of different artistic practices and methods that are posited between the visual and the performing arts. Methods of rereading and reenactment are granted special attention here: reaching from the reconstruction of a Spanish torture chamber, which had been designed after the model of artists like Kandinsky, Klee, or Itten in order to irritate the inmate’s perception (Romero), to the reenactment of a press conference where the three “generals” of the State Museums of Berlin, Dresden, and Munich announced their collaboration in a project that was planed to conceive a universal museum for Dubai (Creischer, von Borries, Siekmann).

At the same time, with a view to contemporary art, the potentials of central methods and practices of the modern avant-gardes are explored, including editing, montage, and collage, as well as the situationist detournement (of reallocation) and dérive (of digression). Giving Form to the Impatience of Liberty is part of the exhibition and event series Politics of Form supported by the European Commission and developed by the Wiener Festwochen, the Württembergischer Kunstverein, and the Bergen Assembly. In projects that have been initiated both independently and in collaboration, each of the three locations takes a different approach to pursuing the political implications and possibilities related to art. The exhibition Giving Form to the Impatience of Liberty in Stuttgart presents the third exhibition in this series, preceded by Unrest of Form: Imagining the Political Subject in Vienna (curators: Karl Baratta, Stefanie Carp, Matthias Pees, Hedwig Saxenhuber, and Georg Schöllhammer) and Monday Begins on Saturday in Bergen (curators: Ekaterina Degot and David Riff).

The politicization of the arts today—in the context of a seemingly omnipotent and omnipresent neoliberalism—is exposed to a series of charges and suspicions that are sometimes more and sometimes less justified. Alongside the opinion that the influence exerted on the world by art is infinitesimally low anyhow, this includes the charge that art does little more than compensate, aestheticize, downplay, or banalize social faults and injustices. Or that art, so long as it remains rooted in its traditional context, is nothing more than political décor. Conversely, art is accused of letting itself be instrumentalized for ideological purposes, and ultimately of not being capable of doing anything but fully embodying the “new specter of capitalism”: that is, not only to embrace total commodification, but also to become complicit with the effectual powers of neoliberalism.

The two great antagonistic politics of aesthetics, as proclaimed by modernism, long since can no longer be joined unabatedly in their absolute nature. The belief in an aesthetic revolution that could change society and lead to a new life—one with which art might merge—was presumably discredited by the totalitarian regimes of the twentieth century or dissipated through the aestheticization of commodities and everyday life. And likewise the l’art pour l’art, whose resistance was meant to be reflected by liberation from any and all lifeworld contexts, proved to be untenable.

A strong measure of diffidence regarding art’s potential for changing the world, or for even just being critical, has meanwhile become established in contemporary art. Here a certain ironic distance and detachment vis-à-vis any kind of aesthetic and political utopia can be noted. The parody as critique turned into a parody of critique. The aim of the exhibition is to counteract the lethargy and cynicism that accompany this stance.

But what form might this counteraction take? How can a resistive art evolve if it is not insignificantly entangled in those economic structures against which it aims to criticize and fight? And what about the pitfalls harbored by the ties between art and politics? What other knowledge and which other communities can art yield? Which tools and weapons does it have to offer? Or must it depart the field of art entirely in order to become political?

For the French philosopher Jacques Rancière, art and politics likewise do not represent separate realities that first need to be interrelated. Instead, he considers them to be two entwined forms of orders of the sensible—the visible, the audible and the sayable—and the struggle for the “share of the shareless”: meaning those who are excluded from the spaces and arithmetic of the sensible that don’t take place there. Political and aesthetic agency lies in “reconfiguring the distribution of the sensible which defines the common of a community, to introduce into it new subjects and objects, to render visible what had not been, and to make heard as speakers those who had been perceived as mere noisy animals” (Rancière 2009, 25). In the eyes of Rancière, it is not the suspension of the two great politics of aesthetics that is decisive, but actually the inextricable tension and the confusion among the two—among the “politics of the becoming life of art” and the “politics of the resistant form,” among political and apolitical, self-determined and other-directed art.

Against the background of these reflections the exhibition Giving Form to the Impatience of Liberty fathoms the potentialities opened up by the boundary shifts between the liberty of art and its involvedness in sociopolitical fields of conflict.

Partners
The exhibition Giving Form to the Impatience of Liberty is part of the project Politics of Form: The Re-Discovery of Art as Political Imagination, carried out by Wiener Festwochen, Württembergischer Kunstverein Stuttgart, and Bergen Assembly, with the support of the culture program of the European Union.