La Memoire des Murs. To contemplate scraps of a former life that no longer exists, they also stimulate the desire to take care of the real traces of these souvenirs at the same time. 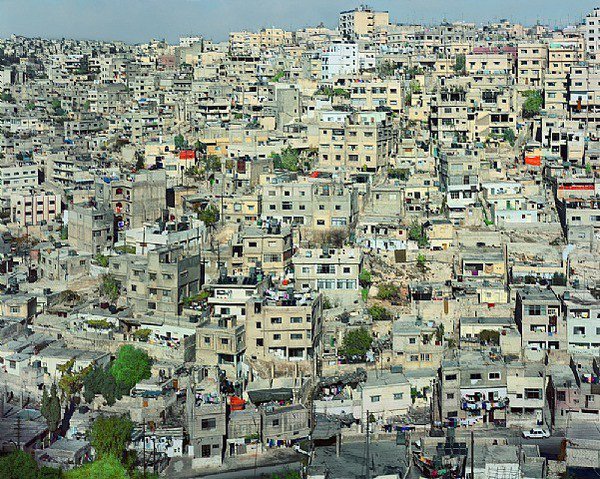 Galerie Karsten Greve is pleased to announce the exhibition The Memory of Walls devoted to Robert Polidori. The number of photographs exhibited and the large formats the artist began producing at the end of the 1980’s, make it possible to fully understand the work of this Canadian artist who is fascinated by time and the traces that it leaves around us.

The architecture photographed by Polidori, evoking melancholy regardless of whether it is majestic or in decline, speaks of those who have inhabited these bare rooms and spaces. The past returns ceaselessly, called into question by a detail, a composition or a perspective. Whether it is at the Château de Versailles, where the artist was granted special permission to photograph the renovations, the ghost cities leveled by Hurricane Katrina or the houses of Pripyat not far from Chernobyl, what has been lived in these places returns to the surface and plunges the observer in a tale that is both personal and full of history. The result is a genuine interior portrait that turns into metaphor for intimacy: this ode to architecture, to its vaults, stairways and geometry becomes a pretext for unveiling the skeletons of the soul.

Profoundly attached to traditional print photography, which he considers more faithful to reality and also more eloquent, Robert Polidori seeks secret and hidden places that are normally off-limits to exterior regards and which are undoubtedly invisible to fleeting glances. By producing images with a temporal connotation, which are nevertheless capable of an eternal reach, the artist directs those fleeting looks that are at times too rapid and blind to details. Guided by the photographer’s eye, the spectator thus discovers the symmetries, perspectives and correspondences that might otherwise pass unnoticed, but which are ultimately immortalized through photography.

The concept of restoration is very dear to the artist: the idea of making something live again, of caring for it and bringing it back to life is a fundamental aspect of his research. Though Robert Polidori’s images invite us to contemplate scraps of a former life that no longer exists, they also stimulate the desire to take care of the real traces of these souvenirs at the same time. The Versailles series, which was made during the restructuration work on the Château in the 1980s, is an opportunity to address the subject of time passing in a head-on manner. Through a regard that contemplates more than criticizes, Polidori observes the witnesses of time’s passage and allows the spectator to become aware of them on their own. In this context, the imperfections and flaws in the walls and materials are the reassuring emblems of an eternally flowing all. The lifting of the pictorial layer, the aging of the paint and plaster become thus the wrinkles of a progressive, ineluctable and fascinating decadence.

Robert Polidori proposes images with an extremely formal attention that lead the spectator towards another dimension: the vastness of the rooms, the thickness of the velvet, the traces of gestures and events along with the immense silence into which these works are plunged, take us into a world that is both dreamlike and palpable. By playing with the spectator’s perception, who is almost invited to touch the objects inhabiting his photographs, Polidori provokes a tactile illusion that intrigues as much as it disorients. This ambivalence in his works, as though suspended between two realities, makes Robert Polidori a genuine photographer of synaesthesia.

Robert Polidori was born in Montreal in Canada in 1951. He received his diploma from the State University of New York in Buffalo in 1980. During his career, Robert Polidori has won several prestigious prizes such as the World Press Award for Art in 1998, the Alfred Eisenstädt Award for Magazine Photography in 1999 and 2000 along with the Deutscher Fotobuchpreis in 2007. His photographs have been published in the pages of The New Yorker, Vanity Fair and GEO, among others. Robert Polidori lives and works in Los Angeles.