Reports from New Sweden. 40 artists, architects, local associations, performers, sociologists, cultural geographers, philosophers, and others address the past in, for example, art works, research projects, seminars, and guided walks. At the same time they will be reporting on the condition of things in Tensta today, on what can be described as the 'new Sweden'. 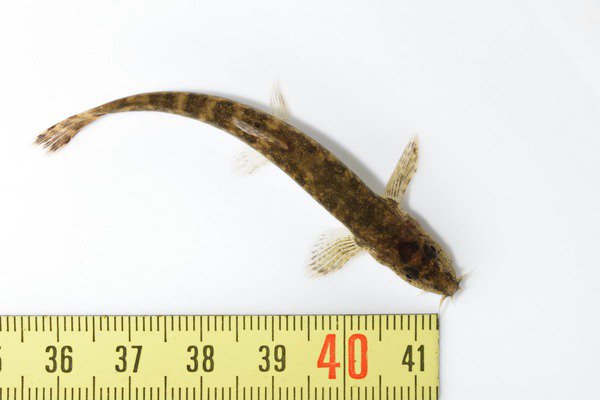 Tensta Museum: Reports from New Sweden is about the history and memories of Tensta, both in relation to the place and to the people who live and work there. Some forty artists, architects, local associations, performers, sociologists, cultural geographers, philosophers, and others address the past in, for example, art works, research projects, seminars, and guided walks. At the same time they will be reporting on the condition of things in Tensta today, on what can be described as the “new Sweden.” This is a Sweden containing people of widely different backgrounds, where economic and social differences are palpably intensifying: according to a new OECD report, income gaps in Sweden are increasing the most rapidly of any of the 34 member states. In their contributions to Tensta Museum, some of the invited participants will also be looking forward and proposing future scenarios.

The exhibition offers a richly contrasting patchwork, stretching over seven months, in which manifold interests and means of expression form a narrative. Tensta Museum: Reports from New Sweden will contain a model of a brutalist pavilion in Newcastle, built in 1969, which has been remixed by Thomas Elovsson and Peter Geschwind into something between a spacecraft and a ruin, and moved to Tensta. Satirical drawings about the political situation in Somalia by the exile artist, Amin Amir, will be shown in parallel with material on Tensta’s architectural history borrowed from the architect Erik Stenberg’s private archive. A collaboration between the artist Petra Bauer and political scientist Sofia Wiberg about the politics of listening will be presented as an installation and a series of acts, jointly with Tensta Hjulsta Women’s Center among others.

Ten watercolour paintings by Josabeth Sjöberg (1812-1882), from the Stockholm City Museum’s collection, will be the starting point for the exhibition’s sub-theme on housing conditions. As an unmarried woman without means, Josabeth Sjöberg could never afford a place of her own but moved around between various rented rooms on Stockholm’s Södermalm, which she depicted in detail in a number of remarkable watercolours. Together with the Royal Institute of Technology’s architecture department and the Association of Stockholm Architects, a series of lectures dealing with housing conditions and housing construction will be held.

The art collective, Järva Project, will present an aquarium and a video that using documentary film methods investigates the relationship between fauna and suburbs, nature and the built environment. The work concerns the rare and protected fish, the stone loach, which lives an anonymous life in the overgrown streams running through the nature reserve, Järvafältet, on the edge of Tensta. The stone loach, which lies buried in sandy bottoms most of the year has, via researchers at the Swedish Museum of Natural History, been given a decisive role in city planning, and halted the exploitation of the Järva fields during the 1990’s building boom. In cooperation with the Spånga Local Heritage Society, Tensta Konsthall will show a selection of photographs of Tensta from the Heritage Society’s collection taken prior to the start of the so-called Million Dwellings Programme, i.e. before 1965.

A mini-exhibition with art that takes up late modern housing areas confirms the great interest artists have had in the subject since the 1990s.On Wednesdays the City Museum's apartment in Tensta, a museum housed in the middle of an ordinary residential buildings, will be open for viewing. A visit is a time travel back to late 1960s Tensta: the apartment is the reconstruction of the Artur family’s apartment as it was when they, as one of the first families who moved into the newly built area, moved in 1969.

Another mini-exhibition is based on an open invitation to a salon about Tensta in words, sounds and images. The selections of hip hop artist Adam Tensta, Maria Lantz, photographer and principal of the College of Arts, and Ulrika Flink, assisting curator at Tensta konsthall, will be presented. Other projects will take place at for example the Library in Tensta, where people can borrow art using their library card, and at Ross Tensta High School.

Tensta is an unusually multi-facetted and complex place. Its most tangible feature is a large, late modernist housing area, built in 1966-72, as part of the Million Dwellings Programme. Six thousand dwellings share space with iron-age graves, rune stones, one of the Stockholm region’s oldest churches (with a famous baroque chapel), a former military training area from the early 20th century, and a district of single-family houses built between 1910 and 1960. Today, around 19,000 people live in Tensta, of whom roughly 90% have backgrounds in other countries. Many have roots in the Middle East and North Africa. This means that the collective memory of Tensta is split in various ways; it also means that tensions and conflicts can arise around questions of “whose history?” and “whose heritage?” Therefore Tensta Museum: Reports from New Sweden also touches upon the concept of cultural heritage and the complicated matter of how it is used in Sweden and elsewhere in Europe today.

At the same time as the struggle for a collective memory can be liberating, it can also be excluding, even to the point of contributing towards war. In other words, a preoccupation with the past is fundamentally ambivalent. The most important element in a fixation on what has been is otherwise the close bonds between a new “respect” for history – both real and imaginary – and the sense of belonging, collective consciousness, memory, and identity. With the concept of “cultural heritage” as a thematic point of departure, we examine what it actually means when, as happens today, the public debate concerning memory and history is replaced by a preoccupation with memory and “heritage.” The question also involves what happens when extreme right-wing organisations and parties in general – and fascists in particular – claim rights of interpretation of the “national heritage.”

With support from Swedish Postcode Lottery