French Lithographs from the Hegewisch Collection and Departmentof Prints and Drawings. The exhibition spans from the works of Theodore Gericault and other artists associated with the Romantic movement through to the outstanding lithographs of Henri de Toulouse-Lautrec. 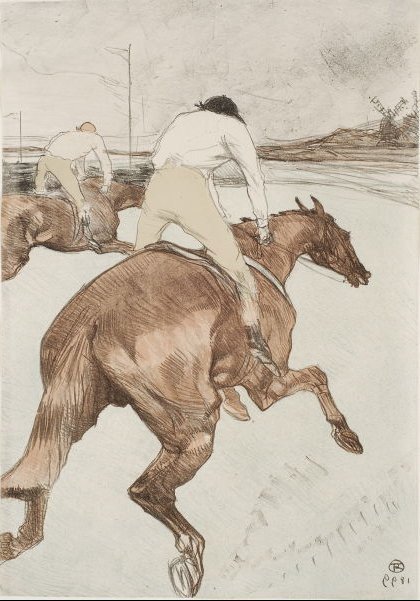 Having been invented by Aloys Senefelder in the late 18th century, lithography enjoyed great success and popularity as a printing method, above all in France, and was soon being applied in a variety of commercial realms: from illustration and caricature through to the reproduction of painted artworks. The technique was also put to use for private experiments, however.

Many artists we have come to associate with painting were also masters of lithography – Théodore Géricault, Eugène Delacroix and Edouard Manet, to name just a few. Other artists, such as Honoré Daumier, did not leave much of a mark in the realm of painting, but revealed their immense creative talents through the planographic technique of lithography.

The exhibition spans from the works of Théodore Gericault and other artists associated with the Romantic movement through to the outstanding lithographs of Henri de Toulouse-Lautrec. During this period, tensions began to arise in relation to the private and public use of lithography, between its initial manifestation in black and white and the later colour reproductions, as well as between primarily commercial applications of the medium and its exploitation for political purposes.

The exhibition features works from the museum's own holdings as well as from the Hegewisch Collection at the Hamburger Kunsthalle. The exhibition is accompanied by a catalogue published by Imhof-Verlag.