Through an exhibition, public forums, screenings, and a publication, the project examines the past, explores the present, and speculates about the future of labour. The artists look forward, imagining the future of labour and economy, and creating allegorical projections. 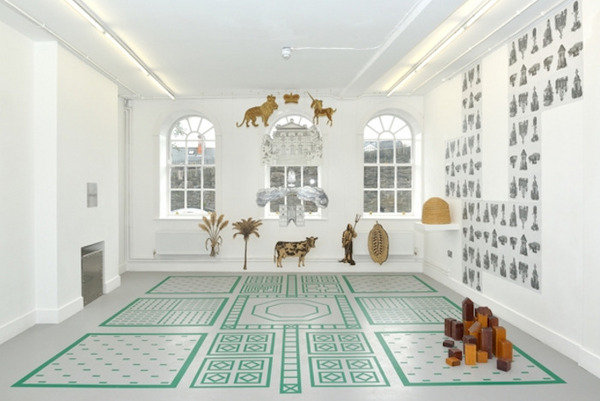 The first two decades of the 20th century were undeniably momentous for people of Ireland on many fronts. There were major strikes for dock, tram, and factory workers from Belfast to Cork, Galway to Limerick, from 1907 to 1913, culminating in the Dublin Lockout.

The centenary of the Dublin Lockout has prompted CCA to consider conditions of labour and the role of representation in shaping work and workers' rights between three moments: 1913, 2013, and 2113. Through an exhibition, public forums, screenings, and a publication, Momentous Times examines the past, explores the present, and speculates about the future of labour.

Momentous Times features new and recent artworks by ten artists, whom many have never exhibited in Northern Ireland before. On September 7th and November 2nd, CCA will host public forums organised and moderated by scholar and writer Marina Vishmidt. The exhibition also includes a handful screenings and talks, which are free open to everyone.

Tying the project together and linking up with other art initiatives responding to the Lockout is Working Times, a newspaper edited by Aileen Burns, Johan Lundh and Helen Carey. The paper is produced in collaboration with Belfast Exposed; Gallery of Photography, Dublin; The Hugh Lane, Dublin; Limerick City Gallery of Art; Mockingbird Arts and Temple Bar Gallery+Studios, Dublin.

A free bus will run from Belfast and back on Saturday, September 7th, for the seminar and opening reception. The bus departs at 10 am from Golden Thread Gallery 84-94 Great Patrick Street, and returns at 10:30 pm from Void. To reserve a seat, please contact us.