Inventory, an installation consisting of 6 films and videos projected as a large-scale montage on a wall accompanied by an instrumental soundtrack, explores the antiquities collection and the architectural spaces of Sir John Soane's Museum. Part of the Live Cinema series. 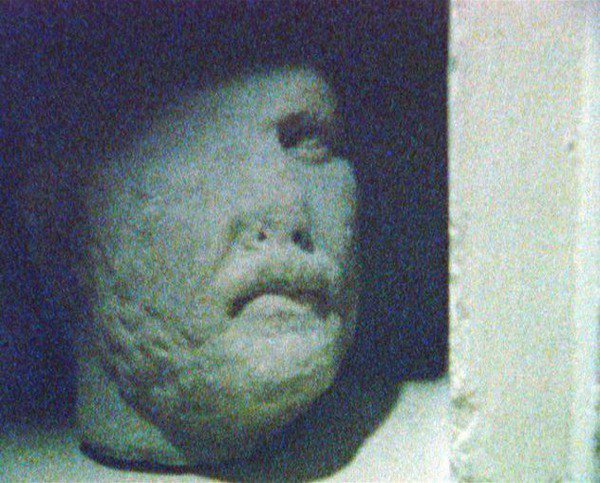 This winter, the Philadelphia Museum of Art will present as part of the Live Cinema series the North American premiere of Inventory, the latest work by internationally renowned artist Fiona Tan. Inventory, an installation consisting of six films and videos projected as a large-scale montage on a wall accompanied by an instrumental soundtrack, explores the antiquities collection and unique architectural spaces of Sir John Soane’s Museum in London. Jointly commissioned by the Philadelphia Museum of Art and MAXXI—the National Museum of 21st Century Arts in Rome—Inventory represents another step in Tan’s investigation of time, memory, and place.

For Tan, Sir John Soane’s Museum is a fascinating subject, one that spurs questions about the function of museums and the motivations behind collecting. Inventory portrays the London home of Soane (British, 1753–1837), a neoclassical architect who turned his residence into an architectural masterpiece filled with artifacts from classical antiquity, Adelina Vlas, Assistant Curator of Modern and Contemporary Art, said: “In Inventory, Tan explores the desire to stop time. The images bear testimony to the human impulse to preserve and immortalize the past, and also oneself, through collecting. The work also demonstrates the resilience of film in the lexicon of contemporary art as a medium unrivaled in its engagement with the progression of time.”

The title of the work refers not only to the lists used to keep track of the number and location of objects in collections like Soane’s, but also the artist’s attempt at cataloguing the various formats she has worked in during her career (35 mm, 16 mm, Super 8, 8 mm, DV, Video 8). Each medium has its own resolution, depth, and dimension, capturing the same objects and spaces in different ways.

With its simultaneous projections that make it impossible to focus on all six moving images at once, the installation heightens the sense of disorientation visitors might experience upon entering the strange, compressed spaces of the antiquities galleries in Sir John Soane’s Museum. In the projected images, convex mirrors distort the physical space, and shots of clustered displays of similar artifacts are repeated, underlining the sense of dislocation. Elsewhere, the camera’s slow takes render details of Greek and Roman architectural fragments and sculptures often missed by the casual visitor. Tan herself is seen dimly reflected in a glass door down the hall—barely visible with her camera on one shoulder.

This exhibition is generously supported by Kimberley Gray. Additional support is provided, in part, by public funds from the Consulate General of the Netherlands in New York. Realization of Inventory was made possible through the Philadelphia Museum of Art with generous support from the Wyncote Foundation. Additional support for the production provided by the Leo Katz Collection, Bogotá, Colombia.

Fiona Tan (born Pekan Baru, Indonesia, 1966) works primarily with lens-based media and is best known for her film and video installations. Tan’s solo exhibitions include the Museum of Contemporary Art Chicago; Museum De Pont, Netherlands; Vancouver Art Gallery; Freer and Sackler Galleries, Washington, DC; and Aargauer Kunsthaus, Switzerland, among others. Tan won the J.C. van Lanschot Prize for Sculpture in 1998, the Infinity Award for Art in 2004, and the DAAD Berlin scholarship in 2000/2001. She has been nominated for the Deutsche Börse Photography Prize and the Artes Mundi Prize. She is represented in collections including the Tate Modern, London; Stedelijk Museum Amsterdam; Neue Nationalgalerie, Berlin; New Museum, New York; and Centre Georges Pompidou, Paris. Tan lives and works in Amsterdam.

Live Cinema is a series that explores video and film by a diverse group of local, national, and international artists. In the last few decades, an increasing number of contemporary artists have used these formats in dialogue with the early video and Super 8 practices of the sixties and in the tradition of experimental filmmaking. Each program of the Live Cinema series focuses on a specific aspect of this work, in order to map and analyze this important facet of contemporary art production. In the past, this series has featured artists such as Mircea Cantor, Marine Hugonnier, Carlos Amorales, Manon de Boer, Mohamed Bourouissa, and Tobias Zielony.

For additional information, contact the Marketing and Communications Department of the Philadelphia Museum of Art at (215) 684-7860 Fax: (215) 235-0050 E-mail: pressroom@philamuseum.org