"Pictures among Friends" presents the photographer Ernst Scheidgger as a collector: at the beginning of the 1950s he was a member of the Magnum Photos agency and swapped photographs with famous colleagues. Douglas Gordon exhibits a new installation of photographs "Everything Is Nothing without Its Reflection - A Photographic Pantomime" (2013) consists of 360 individual objects. 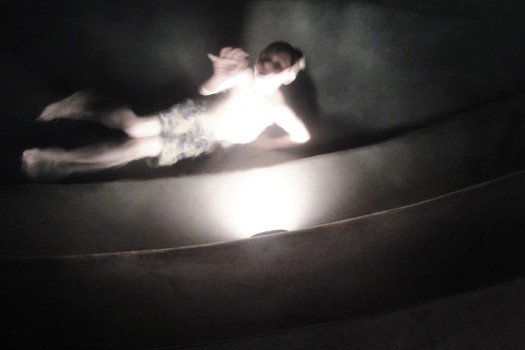 On 30 November 2013 Swiss photographer and graphic artist Ernst Scheidegger turns 90. As a photojournalist and artistic portrait photographer he has written a chapter in the history of photography and as a picture editor of Swiss newspaper Neue Zürcher Zeitung he shaped the layout of the weekend supplement. With a small exhibition the Museum Folkwang pays homage to this creator of images, presenting the photographer as a collector: At the beginning of the 1950s he was a member of the Magnum Photos agency and swapped photographs with famous colleagues and friends such as Henri Cartier-Bresson, Robert Capa and Werner Bischof.

Museum Folkwang was recently able to acquire this collection with the support of the Krupp-Jubiläums-Stiftung. While today these images are valuable vintage prints, at the time they served as a different currency, not that of the art market but as tokens of friendship amongst colleagues.

Consequently, Ernst Scheidegger’s collection is full of surprises; alongside icons of 20th century photographic history there are also less well-known and yet equally high-class images by these champions of their trade. Seen as a whole, complemented by a selection of Scheidegger’s images, the photography of the young Magnum agency appears like a humanistic view of a wounded world before and after World War II.

Douglas Gordon
Everything Is Nothing without Its Reflection

Douglas Gordon sees his approach to work as a kind of contemporary form of iconoclasm: Specifically, amongst other things he burns images of Rock stars, extends Alfred Hitchcock’s Psycho to 24 hours of individual images or creates a monumental portrait to Zinédine Zidane. In the documentation Zidane – A Portrait of the 21st Century (2006), Douglas Gordon and Philippe Parreno used 17 cameras to exclusively film the French soccer player during a match. This unique portrait of Zidane opens up a new means of observation for Gordon’s viewers: You begin to think about the actor, about yourself, the voyeur, or the sense of filming, of direction.

For the first time, Gordon will be shown with a new installation of photographs in Museum Folkwang. Everything Is Nothing without Its Reflection – A Photographic Pantomime (2013) consists of 360 individual objects: The depiction of a butcher’s window, photos of journeys, playing children. And between them mirror surfaces. The observer in the mirror surfaces. In the view of the observer his reflection, the photos, the wall behind him. Douglas Gordon will install an imaginary space in a real one. A space of depictions, past and instantaneous ones, composed by the view of the observer. The latter becomes a performative element of the work.

Born 1966 in Glasgow, Scotland, Gordon numbers amongst the most influential video artists of today. The range of genres in which he is at home include performance, sculptural installations, and conceptual texts. With his analyses of the images of our collective memory and everyday culture he reveals fundamental patterns of perception. His work is dominated by polarities such as life and death, good and evil, innocence and guilt but also temptation and fear. In 1996 Gordon won the Turner Prize, and a year later took part in the Venice Biennale. Since 2010 he has held a professorship in film at the Städelschule in Frankfurt/Main. He lives and works in Berlin and Glasgow.