The artist in the time of hopelessness

The newest Polish art. The exhibition was created over the period of one year as a process, during which the meetings of the artists and the curator, personal conversations, phone calls, emails and negotiations with the institution and all its limitations were the daily bread. 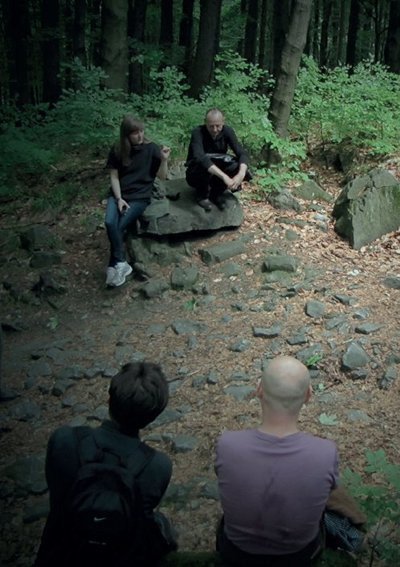 Nowadays the word "curator" sounds terrible. It's associated with judicial supervision and authority. Whereas originally the word "curator" meant a friend, an advisor, someone who tries to help. That's more the way I imagine the role of an exhibition curator. I've been dealing with art for 30 years and to tell the truth I haven’t met many curators who understood their part properly. Most often it’s just a formal function, the true encounter between an artist and a curator doesn’t take place. Maybe this time we'll manage to change that - Zbigniew Libera wrote in the invitation to the Masters' Atelier - an artistic subversion, the father of Polish critical art and now the curator of a project under his name. The exhibition "The Artist in the time of hopelessness. The newest Polish art" was created over the period of one year as a process - a process during which the meetings of the artists and the curator, personal conversations, phone calls, emails and negotiations with the institution and all its limitations were the daily bread. Everything was aimed at making the artists' actions and problems, indicated by them, the real subject of this cooperation.

Denying reductive interpretations of the artists under his curatorship, Libera does not tend to be easily categorized. He avoids definitions and quick associations. He speaks about the difficulties of intermediating between the documentations, which were the result of that process, and the viewer, who will have to make his or her own effort to take something away from this communication with these pictures of Poland - the pictures of its religiousness, problems and current state. The artists who abandoned their own egos, delusions and cultural handicap meet what is real to understand it appropriately; now they demand the same from these who come to the gallery. The exhibition has few traditional art works. It returns to the source of human communication - conversation.

The process of extracting the six artists from a larger group was a big challenge - We had the impression that we were witnessing an almost perfect survey of contemporary tendencies in young Polish art. We saw artists from Gdańsk, Poznań, Białystok, Warsaw, Cieszyn, Piotrków Trybunalski, Katowice, Opole, Kraków, Lublin, Wrocław and other smaller cities - said Libera after the project qualification process came to an end. Only "bearing in mind the cohesiveness of the future exhibition, the curator chose six artists, with whom until December 2013 he made the project for BWA Wrocław" as was stated in the official announcement.

- What links the artists who were chosen for this project? As Libera said - It's a kind of spirituality or maybe spiritual advantage. Something that hasn't existed in the contemporary artistic scene. I was struck by, for example, the fascination with poverty and homelessness - he explains - these artists do not try to solve problems they see with their art, however they are truly dedicated to them, emotionally, personally. Maybe that has something to do with John Paul II. I'd rather be cautious with diagnoses, but something's going on. It a kind of non-religious spirituality. When I listened to them I was thinking about this work by Franciszek Orłowski, who also participates in the exhibition: a tire which instead of tread has an inscription saying: Let Your Holy Spirit descend and change the face of this Earth".

The exhibition shows the impossible. We are aiming to show something that can't be shown, something remains a mystery for us. We are not going to exhibit works of art but instead a documentation of the process - of how the artists chosen by Zbigniew Libera have tried to approach the problems which, to them, seem to be the most crucial in contemporary Poland. How do they define contemporary time, which Libera has described as the era of hopelessness. Do they have hope? Is there hope for us?

This exhibition is a part of ‘Masters' Atelier’

The exhibition was co-financed with resources from the Ministry of Culture and National Heritage.

Image: Curator Libera with the artists on the Sleza Mountain, 2013, photo: Tom Swoboda

On the 14th of December, an internet platform will present the artists who participated in the qualification process of the Curator Libera project in 2012: www.bwa.wroc.pl/kuratorlibera