Misdemeanours. The exhibition examines tropes, ideas, and bodies of work that constitute the mainstay of Kher's oeuvre, including the interlocking relationships between man and the animal kingdom and the attendant notions of hybridity, transmogrification, and ethics, it also includes two site-specific installations. 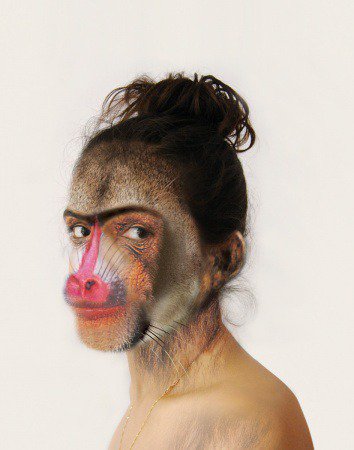 Rockbund Art Museum is pleased to present Bharti Kher: Misdemeanours, on view in Shanghai from January 11 to March 30, 2014. Contemporary painter and sculptor Bharti Kher has been engaged with the varying art historical traditions of the readymade, minimalism and abstraction (through repeated gestures and forms), as well as mythology and narrativity for the past twenty years. This fifteen-year survey of Kher's practice from the early years of the 21st century through to the present — represented by new bodies of work made specifically for the Rockbund Art Museum and its related institutional and cultural histories — constitutes a synthesized overview into a complex and evolving worldview and the artist's first major solo exhibition in Asia.

Organized to occupy all six floors of the museum's galleries, the exhibition examines tropes, ideas, and bodies of work that constitute the mainstay of Kher's oeuvre, including the interlocking relationships between man and the animal kingdom and the attendant notions of hybridity, transmogrification, and ethics, which are pervasive topics in contemporary art and critical discourse today; the links between abstraction and figuration; the question of the other; gender politics; globalization and cosmopolitanism, and what it means to be a contemporary artist and cultural producer. The exhibition also includes two site-specific installations that serve as conceptual and physical "skins" that encase the museum's monumental façade and conjoin two exhibition spaces on consecutive floors. These architectural interventions serve as mirrors to Kher's own use of the bindi to serve as a carrier of the other, and an object that revels both in its ability to decorate and enliven attention, as well as to subsume and obscure the gaze.

For Kher, the central question of identity (as body, gender, language, and motif) is inextricably linked to the question of artifice — as an existential, aesthetic, biological, and ethical trope. Kher's women in her important photographic suite, the Hybrid series, which includes The hunter and the prophet, chocolate muffin, angel, family portrait, and feather duster (all from 2004), exist in a liminal state between humdrum domesticity and violent phantasmagoria, as their photoshopped selves — part human, part animal — appear both seductive and demure, seemingly in agreement with their given roles, as well as domineering and resistant, having elected to relish in their own duplicitous and multiplying selfhoods. The poetics of the body reveals Kher's interests in entropy, mutation, and transformation, as witnessed by humans and animals alike. Kher's series of animal-based works, including Misdemeanours (2006), The skin speaks a language not its own (2006) and An absence of assignable cause (2007), together may constitute what Benjamin H.D. Buchloh has termed as "the embodiment of the spectacularized uncanny par excellence." For Kher, agents such as folly, accident, satire, and play go to the heart of what it means to be a practicing artist, and to relate to the world through art.

Kher has stated, "If I could remake my artistic career, I think I would be a minimalist painter. All the art that I love comes from the tradition of reduction—but I can't because I'm super maximum!" Although Kher's diverse output is highly varied in materiality, sensibility, approach, and subject matter, repeating patterns and gestures do appear throughout, starting with her early work as a painter during her student years in the late 1980s and early 1990s. Kher's work displays an intrinsic love of counting, subtle understanding of scale, and predilection towards human drama and contemporary life, as witnessed by her in the metropolitan center of New Delhi, where the artist has lived and worked since the early 1990s. Furthermore, it is also a practice that includes cyclical characters that appear and reappear, including the ape for instance, and a highly attuned sensitivity to the cascades, puns, and intonations of language, as expressed in Kher's evocative titles for her artworks.

The exhibition has been curated by Sandhini Poddar, Mumbai-based art historian and Adjunct Curator at the Solomon R. Guggenheim Museum, New York. A scholarly catalogue, including three guest essays by leading international art historians, critics, and curators, a full-plate section documenting the Rockbund Art Museum exhibition and installation views, and back matter including the artist's biography and exhibition history, will accompany the exhibition. A full roster of public programs is also being planned around the opening and through the run of the exhibition.