The Wayland Rudd Collection. A collaborative project that focuses on the representation of Africans and African-Americans in Soviet visual culture. - The Fire to Say: Comics as Poetry. A handful of artists bend and shove the vocabulary of comics to make the medium yield new effects. 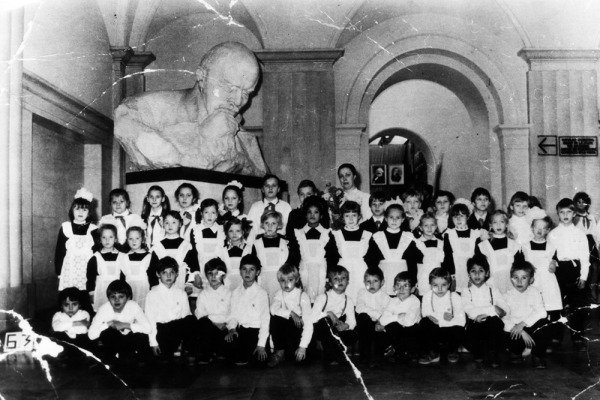 Winkleman Gallery is very pleased to present The Wayland Rudd Collection, a collaborative project organized by Yevgeniy Fiks that focuses on the representation of Africans and African-Americans in Soviet visual culture. A point of departure for this project is Fiks’ collection of over 200 Soviet images (paintings, movie stills, posters, graphics, etc.) of Africans and African-Americans spanning from the 1920s to the 1980s. Fiks invited contemporary artists and academics to select one or more images from this collection and to respond to it, either via artwork or other forms. Some of the participants chose to react to Fiks' invitation with artworks that were already premade, but which reflect on the issues that are raised in Fiks' original call for participation.

Wayland Rudd was an American actor who began performing in the Hedgerow Theater in Rose Valley, Pennsylvania under the directorship of Jasper Deeter. Rudd first received critical acclaim for his performance in Eugene O'Neill's "Emperor Jones." Frustrated over racism in the entertainment industry, Rudd moved to the Soviet Union in 1932 where he began a successful career in Soviet Theater and Film including work with the famed Russian Director Vsevolod Meyerhold. He later received a degree from the Theatrical Art Institute in Moscow and worked at the Stanislavsky Opera and Drama Theater. Rudd died in Moscow in 1952.

During Wayland Rudd's twenty year-long career in the Soviet Union, he appeared in numerous films, theatrical performances, and plays. He was also used as a model for paintings, drawings, and propaganda posters and, in many respects, defined the image of the “Negro” for generations of Soviet people. Although only a small section of the assembled images in The Wayland Rudd Collection are of Wayland Rudd, the project is given his name to commemorate this American-Soviet actor's personal story as a case in point of the complex intersection of 20th century American-Soviet narrative.

The historical Soviet images present a very complex and often contradictory mapping of the intersection of race and Communism in the Soviet context. They present this issue as unresolved, revealing the Soviet legacy on race as a mix bag of internationalism, solidarity, humanism, Communist ideals as well as exoticization, otherness, racist stereotyping, and hypocrisy.

In conjunction with the exhibit, we are also very pleased to present the panel discussion:
“Moscow to the Rescue: U.S. Racism, European Colonialism and the Soviet Promise”
Wednesday, February 5th at 6:30 pm
Featuring Dr. Raquel Greene, Dr. Jonathan Shandell, and others.
Moderated by Dr. Maxim Matusevich
This exhibition will travel to First Floor Gallery Harare in Harare, Zimbabwe in Summer of 2014. Also, a book will be produced as the result of this project.
Yevgeniy Fiks thanks Daria Atlas for her help with research on this project.

Yevgeniy Fiks was born in Moscow in 1972 and has been living and working in New York since 1994. Fiks has produced many projects on the subject of the Post-Soviet dialog in the West, among them: “Ayn Rand in Illustration,” a series of drawing pairing descriptive text from Atlas Shrugged with uncannily complimentary Soviet Socialist Realism classic artworks; “Lenin for Your Library?” in which he mailed V.I. Lenin’s text “Imperialism: The Highest Stage of Capitalism” to one hundred global corporations as a donation for their corporate libraries; “Communist Party USA,” a series of portraits of current members of Communist Party USA, painted from life in the Party’s national headquarters in New York City; and “Communist Guide to New York City,” a series of photographs of buildings and public places in New York City that are connected to the history of the American Communist movement. Fiks’ work has been shown internationally. This includes exhibitions in the United States at Winkleman and Postmasters galleries (both in New York) Mass MoCA, and the Philadelphia Museum of Modern Art; the Moscow Museum of Modern Art and Marat Guelman Gallery in Moscow; Sala de Arte Público Siqueiros in Mexico City, and the Museu Colecção Berardo in Lisbon. His work has been included in the Moscow Biennale of Contemporary Art (2011, 2009, 2007 and 2005), Biennale of Sydney (2008) and Thessaloniki Biennale of Contemporary Art (2007).

A handful of artists have wandered away from mainstream comics only to find themselves at the periphery of poetry. Here, they bend and shove the vocabulary of comics to make the medium yield new effects. The results are original and surprising, and invite the reader to participate in experiments performed upon narrative, art, and language.

In 2012, Boston-based artist and writer Franklin Einspruch published an anthology of eight such artists entitled “Comics as Poetry.” It includes Kimball Anderson (Boston), Derik A. Badman (Philadelphia), Warren Craghead (Charlottesville, VA), Julie Delporte (Montreal), Oliver East (Leeds, UK), Jason Overby (Portland, OR), Paul K. Tunis (New York), and Einspruch himself. Acclaimed poet William Corbett contributed a foreword. The critical response was warm and roundly positive. “Comics as Poetry collects works that experiment with the forms of comics and poetry, inviting audiences to investigate spaces, silences and moments between the observer and the observed,” wrote Tamryn Bennett. Aaron Geiger said, “I strongly encourage you to support these poet-artists as they tread lightly to the side of the mainstream.” The Seattle Star called it “truly a lovely book.”

In “The Fire to Say,” organizer Franklin Einspruch will turn the Curatorial Research Lab of Winkleman Gallery into a combination of exhibition space and reading room that will feature recent art by the eight artists and a sampling of their publications. “Over the last few years there has been an increasing number of people working in combinations of images and words that don’t fit neatly into the worlds of art or publishing,” says Einspruch. “This interstice is immensely interesting, filled with do-it-yourselfers who admire what goes on in art, comics, and poetry and each of their histories, but are seeking to carve out their own forms of expression independently of them.”