Time Frames. Conceptual work from the 70s. Wasko concentrated on the conceptual analysis of the medium: at this time he created films, video art, photographs, installations, and drawings in which time, space, movement, and perception were the main subjects. 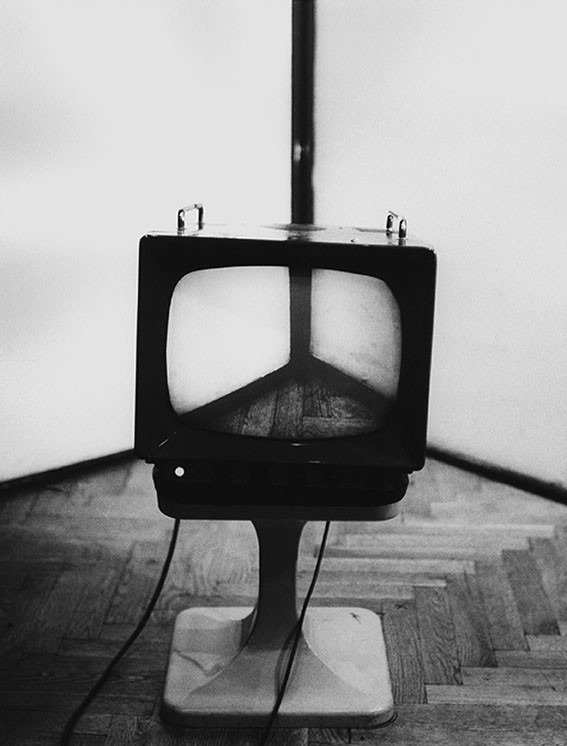 Ryszard Wasko is a legendary figure in Polish conceptual art. His role as an artist cannot be seperated from his role as a curator and organizer of some of the most important art events behind the Iron Curtain. Over thirty years after his last international show at Museum Folkwang in Essen (1981), ZAK | BRANICKA is honored to present a selection of the artist's works from the 1970s. The 1970s were a key period for Wasko. As a member of Warsztat Formy Filmowej [Film Form Studio] (1970-1976) tied to Lodzka Szkola Filmowa [Film School in Lodzd;] (whose other members included Pawel; Kwiek, Jozef Robakowski, and Zbigniew Rybczynski), Wasko concentrated on the conceptual analysis of the medium: at this time he created films, video art, photographs, installations, and drawings in which time, space, movement, and perception were the main subjects. These elements were analytically broken down into their basic components, allowing the artist to deconstruct the media photography and video.

Wasko was among the first artists to make conscious use of the camera as an element of the performance, and not just as a tool for documenting a performance. One example is the film Od A do B i z powrotem do A [From A to B and back to A] (1974), in which the artist analyses the relationship between space, sound (the microphone), and image (the camera). His Od 0° do 180° [From 0° to 180°] (1971) photography series pairs a person's field of perception and the frame of a camera: the artist documents the field of view by moving his head up and down, and from left to right. One of Wasko's most famous pieces at this exhibition is the photo documentation of the no-longer-existing Róg [Corner] installation (1976), where a monitor was set in the corner of a room, broadcasting a recording from a camera filming a corner in another room “live.”

Wasko was one of a few Polish artists to exhibit abroad in the 1970s (he collaborated with gallery m in Bochum and Rene Block gallery, among others), maintaining close contacts with the international arts scene. In 1980 he was invited to the famous Pier + Ocean exhibition at Hayward Gallery in London, where his work was displayed alongside pieces by Sol LeWitt, Richard Serra, and Carl Andre. Soon thereafter, Wasko organized and took part in the legendary Construction in Process exhibition in Lodzd;, the kind of event which Richard Nonas said "happens only once in a generation." A few weeks before Martial Law broke out over one hundred artists from around the world traveled to Poland to participate in this exhibition.

In the 1980s Wasko got involved politically, and later emigrated to Great Britain, and then to Berlin, where he received a DAAD scholarship. He was three times awarded by the Pollock-Krasner Foundation, exhibited at the Centre Georges Pompidou (1983), at documenta 6 in Kassel (1977) the Venice Biennale (1991, 1999, 2001, 2007), the Biennale Sao Paolo (1973), and the Sydney Biennale (1980). He served as art director at PS1 in New York for two years. He returned to Łódź after the fall of communism, and currently lives in Berlin once more.