dis/connected. Lejman's art work has its roots in traditional painting, but goes far beyond its limits. With his unique technique, Lejman combines painting and video projections. 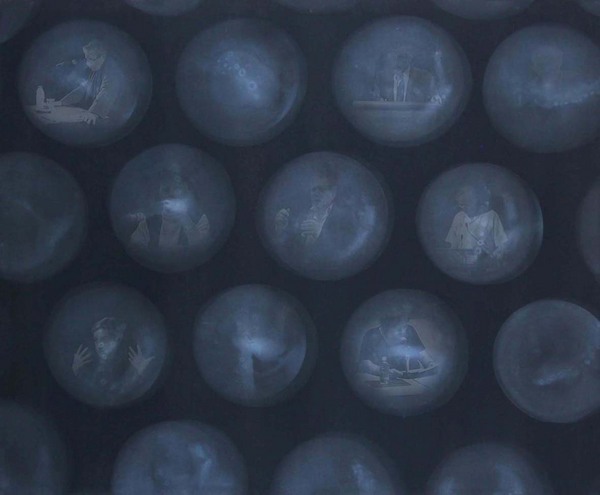 ŻAK | BRANICKA gallery is proud to present the third solo exhibition by Dominik Lejman, titled dis/connected.
Dominik Lejman's art work has its roots in traditional painting, but goes far beyond its limits. With his unique technique, Lejman combines painting and video projections. In this way, the artist introduces the factor of time to the painting: “painting with time code.” His murals - or "video- frescoes" - also derive from old painting traditions. These are wall compositions, in which, instead of paint, Lejman uses light projected directly on walls, buildings, or in the public space.

The exhibition in ŻAK | BRANICKA reflects upon the issues addressed in Lejman's most recent works, and stresses more than ever the position of the artist as critically and politically "dis/connected." Lejman criticizes the stance of political art: “What do I think of the artist's role in being able to make political commentaries?” He believes that he has no ability to change the world. He feels powerless and disconnected, which allows him to use mass media images differently.

In the works shown in the dis/connected exhibition we find motifs of conflicts or armed operations from various parts of the world, which Lejman reduces to media ornaments, as in his painting Black Dandelions (2011). This abstraction of events makes them more universal, as they could be happening anywhere – they are no longer tied to a specific place. "I believe that comments on political and social issues become more visible when resurfaced from their original context." Lejman considers art to be an option for detachment and distancing, though this does not mean that the surrounding reality does not concern him.
The exhibition's main installation is Lejman's latest work, a three-channel video-fresco titled Fencing (2014). Layers of wire fence gradually enfold the walls of the gallery. The projections overlap until everything dissolves in light and vanishes. Fencing metaphorically protects the viewer from the world, and simultaneously closes him in a trap. It turns our attention to the invisible, virtual, social and political barriers, which are far more painful than the physical barriers from the past.

In another work, Bubblewrapped Philosophy (2014), the viewer is confronted with the faces of contemporary philosophers, lecturing upon current political, social and cultural issues, each of whom is trapped in a bubble of sorts. The philosophers propound their theories, but none of them can be heard: there is no chance here for dialogue. Is this not how we often feel in today's world? How far do we affect it, and how far do we remain anonymous?

The dis/connected exhibition is to be accompanied by a new publication, Painting with Timecode, published in English by Hatje Cantz and the ŻAK | BRANICKA Foundation (2014).

Dominik Lejman was born 1969 in Gdańsk, Poland. He studied at the Fine Arts Academy in Gdańsk and the Royal College of Art in London. He has been awarded scholarships from RCA, the Trust for Mutual Understanding, Location 1 in New York, and the Polish Ministry of Culture. Lejman's works has been exhibited abroad e.g. at Rockaway! by MoMA PS1, at Metropolitan Museum of Photography in Tokyo and at the Polish Pavilion at the 9th International Architecture Biennale in Venice.
He lives and works in Berlin and Poznań.