Truth / Reality. The recipients for 2013/2014 are Bjorn Braun, John Skoog and Adrian Williams. The prize is awarded annually by the Cultural Committee of German Business within the Federation of German Industry. 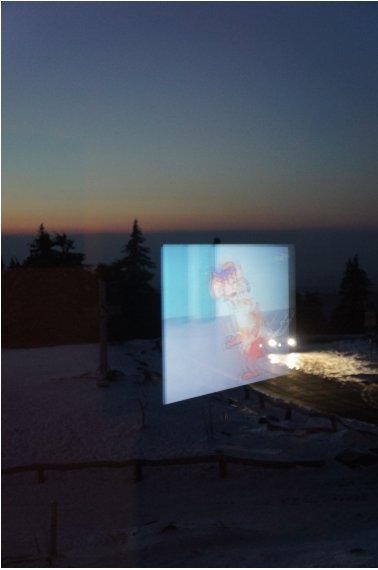 The MMK Zollamt present the recipients of the prestigious ars viva visual arts prize. The prize is awarded annually by the Cultural Committee of German Business within the Federation of German Industry (BDI, reg. ass.). The recipients for 2013/2014 are Björn Braun (b. in Berlin in 1979), John Skoog (b. in Malmö, Sweden in 1985) and Adrian Williams (b. in Portland, Oregon, USA in 1979).

Björn Braun is concerned primarily with transformation processes in his works. He subjects found objects to material and conceptual metamorphosis, thus inquiring into their meaning, form and function. John Skoog’s artistic medium is film. In calm images of documentary character, he searches everyday settings for traces of human beings and rituals, thus drawing the viewer’s attention to matters of secondary importance. He does not change reality, but he changes our perception of it.  Adrian Williams’s performances and films revolve around the phenomenon according to which already sound alone can evoke a physical reality beyond the realm of the visual.

The exhibition will be accompanied by a catalogue.

The ars viva exhibition of works by the visual arts prize recipients of the Cultural Committee of German Business within the Federation of German Industry (BDI, reg. ass.) is being realized jointly by the Neues Museum Weimar, the MMK Museum für Moderne Kunst Frankfurt, and the GAM – Galleria Civia d’Arte Moderna e Contemporanea in Turin.

In the context of the exhibition, the performance “Once Removed/ Einmal Entfernt” by the artist Adrian Williams will take place in the MMK Zollamt on Saturday, 8 and Sunday, 9 February as well as on 5 and 6 April at 4 pm.