Natural Motion. The artist alternates between painting, sculpture and photography, creating temporary, improvised installations incorporating disparate objects. The exhibition features his more recent works - a group of stones he found on sale by the roadside along the Guerrero coast in Mexico - and one of his most spectacular installations, Dark Wave (2006). 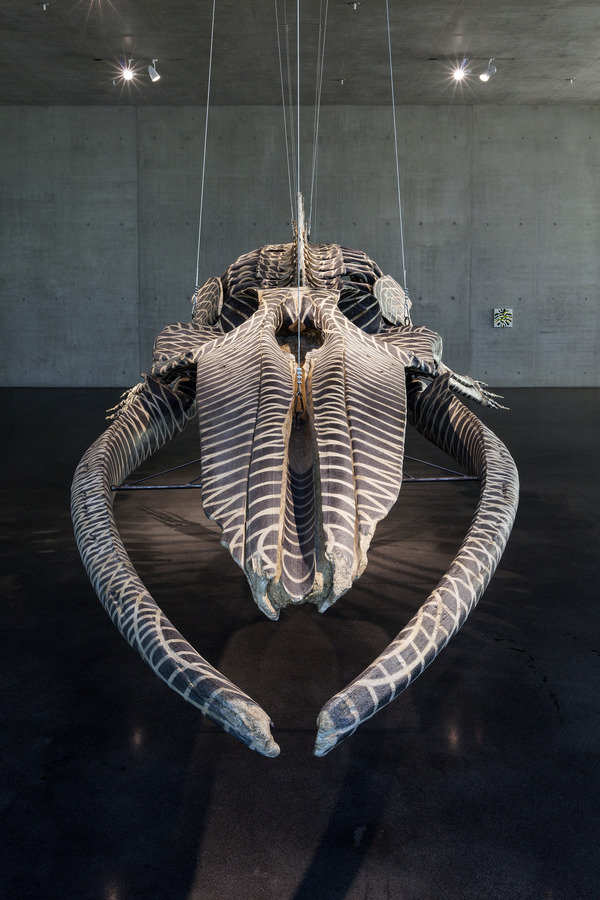 Gabriel Orozco is one of the best-known artists of his generation but has never before been shown in the Nordic countries. His reputation has been growing steadily since the late-1980s, and his oeuvre opens up for a new form of conceptualism that embraces both deep contemplation and precise craftsmanship. In Moderna Museet’s ambition to feature art from beyond the Western mainstream, Gabriel Orozco is essential to understanding the contemporary world.

Gabriel Orozco (born in Mexico in 1962) is one of that rare kind who can switch between a wide variety of styles and media and yet formulate something entirely new and unique. He alternates between painting, sculpture and photography, creating temporary, improvised installations incorporating disparate objects. Enormously versatile in approach, he sometimes draws on atmospherically charged, found or occasionally casual situations and objects, as well as the exact opposite: The production of precise and perfectly-crafted objects.

“Gabriel Orozco - Natural Motion is an exhibition that gives an overview of an entire oeuvre. It is a distinctly precise retrospective, where we have selected key works together with the artist from his entire production. A characteristic feature of Gabriel Orozco’s approach is his way of using familiar objects and making us experience them in a new light by means of shifts of various kinds. In this way, he gives us new perspectives on the objects around us,” says Ann-Sofi Noring, curator.

Gabriel Orozco often works serially, repeating a procedure over and over again. This is especially pronounced in some of his more recent works in the exhibition – a group of stones he found on sale by the roadside along the Guerrero coast in Mexico. The artist made a drawing on each stone to emphasise their individuality and asked a local stonemason to carve the drawings into the stones. The procedure was repeated several times to achieve the 45 remarkable sculptural objects shown here. Their shapes are derived from rotation, circulation, mobility, cycles and erosion – themes that Orozco constantly returns to – but they also suggest fossils, ritual artefacts and modernist sculptures by artists such as Constantin Brancusi and Hans Arp.

In addition to the recent works, the exhibition also features one of Orozco’s most spectacular installations, Dark Wave (2006). When his nearly 15-metre long reconstruction of a whale skeleton, made of calcium carbonate and resin, was first shown in London nearly seven years ago, it caused a great commotion. A stranded whale on the south-west coast of Spain inspired this sculpture. The artist covered the artificial bones of the mammal with a complex geometrical pattern in graphite and thus set up a dialogue between art and the whale’s nature-bound, creaturely aura. This work also highlights Orozco’s interest in traditional customs, rites and cultures that are close to nature. But it can also be viewed as a readymade, a concept central to modern art, and one which Orozco paradoxically revitalises by linking it to traditions in the distant past.

Another prominent piece in the exhibition is La DS Cornaline (2013), a new version of a work created originally in 1993. The colour is different from the pale-grey original; the deep-red 1960s Citroën DS has been sliced into three sections lengthwise, the middle section removed and the two outer sections rejoined to create a more compressed, dynamic body, but without the engine that would have set it in motion. Motion, more or less natural, also features in many of the photographs by Gabriel Orozco. Photography forms a special category in his oeuvre, as it frequently is the remaining documentation of an enactment. One of his most famous series is Until You Find Another Yellow Schwalbe (1995), which consists of 40 photos of yellow motorbikes parked two by two. While living in Berlin, Orozco would travel around the city on his yellow motorcycle, photographing his own next to every identical Schwalbe he found. The result is 39 photographs; the 40th and final image is from when he organised an open meet for all Schwalbe owners. Only two showed up, and his own bike made three.

In conjunction with the exhibition Gabriel Orozco – Natural Motion, a richly-illustrated catalogue has been produced in association with Kunsthaus Bregenz. The catalogue includes a new essay by Rosalind E. Krauss and texts by, among others, André Rottman, Jean-Pierre Criqui, María Minera and Pablo Soler Frost.

Gabriel Orozco was born in Mexico in 1962 and lives in Paris, New York and Mexico City. In connection with this exhibition, Moderna Museet has acquired three works on paper and two paintings on acetate by Gabriel Orozco.

The exhibition is supported by Scania.