The Croatian artist Ocko presents various "Studies on Shivering" through which he has questioned his approach to the process of film-making. The title of Ederer's show "zero hero: a manoeuvre behind the language of light, comes from a series of her major paintings. 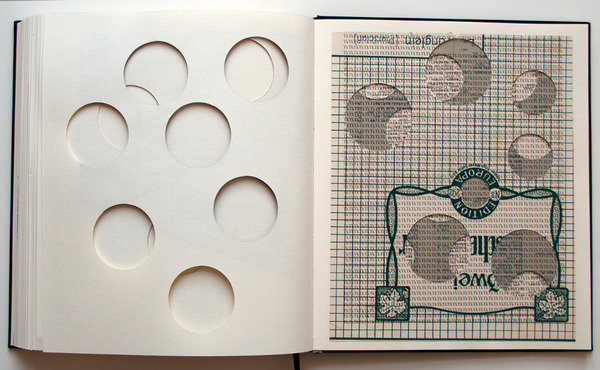 Künstlerhaus, Halle für Kunst & Medien (KM–) is proud to announce the first solo exhibition by the Croatian artist Damir Očko in an Austrian institution.
For this major exhibition, the artist developed a new body of work that has been unfolding for the past two years. The exhibition will present various "Studies on Shivering" through which the artist has questioned his approach to the process of film-making, which, besides central film work, includes an array of creative expressions, such as poetry, musical scores, collages, research, music, and even cinematic studies on 16mm film.

The exhibition Studies on Shivering is specifically conceived for the exhibition rooms of the Künstlerhaus, Halle für Kunst & Medien (KM–) and will establish its conceptual framework based on an approach taken by the artist in constructing context for his films.

The central interest is focused on his new film titled "TK", devised through various means and presented alongside materials such as musical scores, collages, and other works – all related to the film either by addressing the process of film-making or providing different access points to the film itself, expanding beyond the usual display of the cinematic work and constructing a unique space on its own. The exhibited artworks are based on the outcome of "Studies on Shivering", a specific phenomenon explored by the artist, where the bodily function of shivering and the narrative fragments of his poetry delve deeply into the microscopic features to draw attention to the mechanism of this primordial, uncontrollable reflex within a highly complex and politicised field of interactions between society, control, and violence. Očko initiates a process by which he seeks to establish a space where film, research, and poetry meet.

Leading the artist is a profound curiosity in the politics of the body and the way the body is present in society as a political element. This project is keen to look for the context in which we speak about shivering, but also about violence and unrest.
People don’t just shiver from coldness or fear; they may also do so as a political reaction to the social context in which the body is present.

Damir Očko’s new film "TK" meticulously follows a group of bodies, among others, an old man struggling with Parkinson’s disease, through various situations where exposure or even a state of calmness can trigger the mechanism of shivering, while simultaneously becoming a place for poetry to harmonise its own narrative fragments among bodies, rhythms, sounds, and meanings. The title refers to the phonetic description of the sound that the stone makes when it hits the ground, or the sound that can be performed by biting and teeth chattering, further explored in other "Studies on Shivering" presented at the exhibition.

Silvia Ederer
zero hero: a manoeuvre behind the language of light

The title of Silvia Ederer’s first solo exhibition in a major institution, zero hero: a manoeuvre behind the language of light, shown in the Künstlerhaus, Halle für Kunst & Medien (KM–), comes from a block of works in a series of her major paintings. The artist (born 1972 in Graz, lives in Vienna) has developed her artistic practice around the decisive poles of photography, painting and light.

Ederer works equally with fusions as with fractures; thus for example she relates art- history and pop-culture phenomena and restages details from a film noire universe with their own effects developed out of a situation of suspense.

In a complex performative setting, the situative stills, painted by a lighting system exposed at intervals as if through a camera viewfinder perspective, draw their visual tension from the appearance of the images and a proximity to the dark, the shadow and the dramatic illusion of an imminent or recently survived threat.

The image worlds of her epic realistic painting, marked by black and white and light- dark contrasts, develop on the canvas or in the three-dimensional environment of the exhibition situation, and conceal possible results of the reshaping of potential realities through their shadowy visual dramaturgy. Precisely in sketching out potential absence of decisive image elements and the concentration on apparently harmless details such as fences, curtains or foggy structures, the artist employs her painting and display tricks to show ways of suspending premature conclusions with regard to content, and the permeability between a spatial exterior and a narrative interior.

“My decision to concentrate totally on painting again came about simply from the recognition that this medium is the most challenging for me in the sense that there is no apparatus between me and the painting ground that produces a finished image. There is nothing, I assume nothing and at the same time have all the possibilities in the world. Sometimes it takes a long time until the painting is finished. Occasionally there is still space for something else. Because of this, too, the analysis of one’s own work is always very intensive and penetrating.”
Silvia Ederer in the catalogue "Light Shapes the Shadow" (Verlag für moderne Kunst, Nuremberg, 2013)

As part of the Thursday series “An Art Day’s Night”, the exhibition will be accompanied by the following event: