Thinking in film. The thematic exhibition explores the question of how films transmit emotions and generate an authenticity at which the individual and collective experiences collide. With works by Chantal Akerman, Ed Atkins and Simon Martin, Sue de Beer, Harry Dodge and Stanya Kahn... 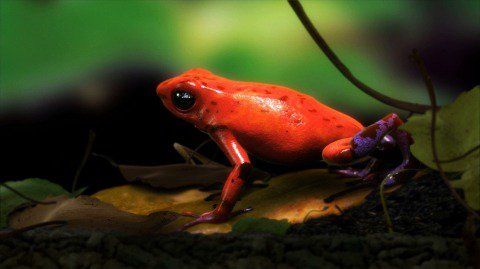 Ever since its inception, film has influenced our thinking about what the world is, and what it can be. As a mass medium that directly addresses human emotions, it affects collective experiences to the extent that films can be regarded not only against the background of reality, but can actually influence our view of it.

REAL EMOTIONS: THINKING IN FILM is devoted to affects and emotions in the moving image. The thematic exhibition explores the question of how films transmit emotions and generate an authenticity at which the individual and collective experiences collide. Above all, it is films that confirm, change or fundamentally question our common experiences and thought patterns, and thus challenge us to think. This exhibition deliberately makes the borders between the cinema and the exhibition space just as permeable as those between art film and video art, and those between the professional audience and the curious layman. Film serves equally to standardize our fantasies and to liberate them, to teach us patterns of behavior and interpretation and to invalidate them at the same time. Therefore, it represents an extraordinarily powerful medium in which a subtly or radically different way of thinking can be put forth and tested in the world.

KW Institute for Contemporary Art in Berlin stages the potential of film throughout the entire exhibition space. On the one hand, REAL EMOTIONS: THINKING IN FILM examines how mainstream and arthouse films portray basic human emotions through images and narrative, striving equally to fulfill our expectations and to continually modify them. On the other hand, the exhibition presents works by artists who have no interest in catering to the general public’s tastes, but nonetheless explore the same questions that film does: how am I to tell a story? How can I question established paradigms of observation and thought without losing the viewer’s attention? These works, each in its own way, examine the construction of feelings, and use the filmic medium to demonstrate the difference between film and reality, between real and acted emotions and, at the same time, their mutual and inescapable interdependence.

In contrast to cinema, in which the viewer’s position is fixed, the exhibition incorporates movement and physical experience into the act of seeing. Independent scenes, torn out of the cinematic whole, attract the viewer’s perception and invite the observer to devote their individual attention to them. They undermine the way cinematic narrative is taken for granted, and demonstrate the conventions within which emotions are portrayed – as well as the efforts to go beyond these conventions.

For her latest film, DITCH PLAINS (2013), Loretta Fahrenholz for example used the deserted, post- hurricane Sandy New York as a stage for reenacting memories of cinematic genres, scenes, or encounters. In her film, a reality unhinged from everyday life by an extreme event can also offer space in which to reinvent one’s own behavior, and to newly formulate relationships with other people and to the world, through cinematic precedents and comparable scenarios.

The video UNTITLED. STRAWBERRY POISON DART FROG: DEMUXED ( 2008–11) by Ed Atkins and Simon Martin reduces film to its elementary components: a protagonist and a setting. The interplay of image and sound becomes the essential element, repeatedly hinting at a plot only to avoid any form of conventional narrative. The soundtrack, above all, generates emotional tension and expectation and induces the viewer to hypothesize about what event the film is in fact about. The work awakens cineastic expectations but leaves them unfulfilled, forcing the viewer to think.

The dual projection CASTING JESUS (2011) by Christian Jankowski explores the theme of the belief in the “authentic image” on which our Christian tradition is based. A three-person jury from the Vatican selects the best Jesus in a casting show, the best one being the one who seems the “most authentic” – in other words, the one who manages to personify the emotions associated with the figure of Jesus Christ.

Two volumes from the publication series FERENZ. ZUR KRITIK DES KURATORISCHEN (FERENCE: THE CURATORIAL CRITIQUED) each address questions of exhibiting film in response to the exhibition, one by the cultural scientist Elisabeth Bronfen and the second by the French philosopher and film theorist Jean-Schefer. The exhibition also includes an accompanying events program.

Ellen Blumenstein has been chief curator of KW Institute for Contemporary Art since January 2013. She founded the project space Salon Populaire, was co-initiator of HABEN UND BRAUCHEN and curated the Icelandic Pavilion at the Venice Biennale (2011), among other projects. Together with others she also hosted the talk show KLAU MICH! by the Spanish artist Dora García at dOCUMENTA (13) (2013) in Kassel.

Franz Rodenkirchen has been working as a freelance film dramatist since 1995 and as a tutor for screenplay writing. From May to September 2013 he was Artist in Residence at the Amsterdam Film Academy. As an advisor, he has worked for the TorinoFilmLab (Script&Pitch Workshops, FrameWork), the Binger Filmlab, Amsterdam, CineLink, Sarajevo and the Script Station of Berlinale Talents. Between 1986 and 1993 he co-wrote feature films with Jörg Buttgereit. He has been a member of the European Film Academy since 2009.

Daniel Tyradellis is a philosopher and curator. In his work, he addresses the different patterns of thought in art, science, and philosophy. He sees exhibitions as experiments in informative thinking in a given space, and regards the “Pedagogy of the Term“ (Gilles Deleuze) as a central curatorial task. Tyradellis’ s most recent exhibitions include WUNDER at the Deichtorhallen Hamburg (2011/12) and MS REICHTUM at the Deutsche Hygiene Museum in Dresden (2013). His latest publications include WAS HEISST UNS DENKEN? (with Jean-Luc Nancy, diaphanes, 2013) and MÜDE MUSEEN (edition Körber, 2014).

REAL EMOTIONS: THINKING IN FILM is funded by the Capital Cultural Fund and the KW Friends.