"Front Row" presents artist books, exhibition catalogues, posters, DVDs, vinyl, and other paraphernalia to celebrate the gallery's 20th birthday. "Johnny Come Home II" is an exhibition with work by Jonathan Meese from the year 2006 - a time where the artist was at a peak of creativity. 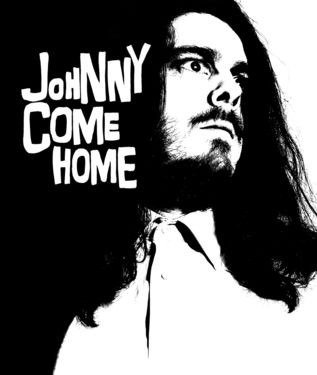 Contemporary Fine Arts is pleased to present an exhibition with work by Jonathan Meese from the year 2006 – a time where the artist was at a peak of creativity. Today, one might almost be tempted to think that there is nothing left to say about Jonathan Meese because the output of his artistic career, which started in 1998 at the Berlin Biennale, has been so immense. Since then, countless commentaries and reviews have been written about him, and he has been classified in numerous ways, all of which lend the title of his Biennale work, Ahoi de Angst, an al- most prophetic quality – as if Meese had known that he would sail accross wide seas.

Ahoi de Angst was a labyrinthine cabinet of curio- sities full of the heroes of teenagers through which one strolled like through the convolutions of a total fan’s brain; wildly outfitted with posters of Klaus Kinski, Che Guevara, Bill Clinton, or Romy Schnei- der, in between posters full of scribbled paintings of figures and words, self-portraits and Grim Reapers, dilettantishly annotated with phrases like “Clan of Clan.” There was a TV, a mirror ball, a sofa, and a record player. The whole thing was an energetic en- semble of cult and kitsch, sophisticated culture and soft porn, tragedy and comedy – and even then it stood for what Meese remains to this day: an artist who puts his own person at the service of art and thus retreats behind the work.

However, this universal, indeed impersonal stan- dard does not seem obvious at first sight. The virile names with their dark connotations, leitmotifs in his oeuvre, are part of the educated middle-class ca- non. But Stalin, Hitler, Wagner, Nietzsche, Caligula, Alex de Large, Darth Vader, and Lautréamont, out- side of any conceivable context, lead to absurd title inventions thickly painted, collaged, fragmented-fi- gurative pictorial worlds without contours, qualities which are also displayed in the series of portraits exhibited. Rather emptied of meaning, rumbling in an adolescent sound reminiscent of the Knights of the Grail, the works there are called Im 8. Namen des Erzfisches [In the 8th Name of the Archfish], Dein Stahlblindes geortetes Geschlechtsteil riecht [Your Steelblind Located Genital Smells, or Die Ver- dammtin im Tiertum [The Female Dammed in the Animaldom]. That the superordinate claim in these image-text productions is not immediately clear to everybody is due to the fact that Meese frequent- ly brings his own face and body, the heroes of his youth, and even his own mother into play, linking himself with the historical figures, even appropri- ating their traits and playing grotesque masques – crowned by seemingly naïve, ostentatiously repea- ted provocations like casts of erect penises, Hitler salutes, and darkly smoldering prefixes “Erz” and “Arch.” But what might easily be mistaken as the dis- play of an inner pandemonium has nothing to do with narcissism. Meese is not interested in Meese himself. Rather, with a playful devotion, he evokes the total openness of being through the “dictator- ship of art” – beyond the axioms of inflexible rules and ideologies.

“Art has its own laws which we don’t even know. We always try to force our own laws upon art. And it is much more interesting to simply wait and see what it will put in front of us”, Meese said in 2006. And: “I hold the sentimental belief that art is still so- mething powerful, something individual that stems itself against the immense bureaucracy that takes everything over.” Meese sees art as a dimension that is independent of the artist, as a way of thinking and acting that is an alternative to the increasingly rigid everyday regulations. But can art exist independent- ly – beyond a creator who determines its laws? The crux of Meese’s art – regardless of what medi- um he works in – is the defence of its myths and archetypes which create a universal world image that goes beyond the individual, including him as an artist. For Meese, the artist must serve art, and thus humanity, and therefore s/he must not pursue any kind of self-expression.

This is why in his work figures keep appearing that embody this universa- lity; they are representative characters, lacking de- tail, whose essence he reveals, rather than telling individual narratives. By transferring this essence into art, Meese is able to play with such stereotypes – also in combination with the self portrait, which is never personal and weighed down with moods, but like all his other figures clichéd, hermetic, and in a mischievous way saturated with myth. “The self-staging of the figure of the artist by Meese has something consciously exemplary, he foregrounds the exemplary character of the artist”, explains Ro- bert Fleck, who attributes the power of his work to its “utopian character”. “Meese presents himself with all his representational energy that characte- rises him, as the sum of all figures and names from German mythology to Darth Vader”, writes Friedrich Meschede. “In a certain respect, Jonathan Meese is agnostic, somebody, however, who on his path to salvation does not avoid any puddle and clod of soil, and who thus encounters the dark and evil wherever he goes, and takes on its shadows”, writes Veit Lo- ers. And Susanne Titz speaks of a “collapse of time” in Meese’s work, originating from “pure mental work, timelessly unclear, at the same time in many ways offensive, but in a strangely conciliatory way because it reveals something very personal.” So – personal after all? Yes and no. Meese’s battles of images cannot be ge- nerated from a search engine; it emanates from an individual perception repertory. But Meese filters and reduces this until he gets to the core of things – just like Picasso’s women’s portraits and Van Gogh’s self-portraits get their life not from illustration, but from transcending mere ego. Meese sees himself as a “soldier of art” – as somebody who serves a free intellectual and aesthetic space, reveals the possibi- lities of poetry and lyricism, and in this way holds up social limitations as a mirror to the beholder.

The gallery Contemporary Fine Arts has been in existence now for twenty years and can look back over more than 150 exhibitions. For almost half of this time one worked without the internet and electronic media that is hard to believe in the digital era. This makes it all the more fascinating to dip into the analogue past and the first exhibition catalogues, posters, invitation cards etc. out of the CFA archive. These materials were meant to have a continued existence and are thereby the opposite of the transitory mode of the digital posts in today’s multimedia-based world. Where the aim is speed and to be the first to announce news, where as the former printed materials were thought out down to the finest detail and should above all be final, definite and irreversible. The fun that the gallery and the artists had during the production is sustained in the object: Holding a catalogue in ones hands, being able to take a small piece of the exhibition home and to enjoy it over and over again over the years.

The title “FRONT ROW” alludes to the gallery’s pioneering role as one of the first institutions to issue publications on individual exhibitions. These were designed in close collaboration with the artists. Be it Damien Hirst‘s “Making Beautiful Drawings” from 1994, Peter Doig‘s “Blotter” from 1995, Daniel Richter’s “17 Jahre Nasenbluten” from the year 1997, Jonathan Meese’s comprehensive catalogue “Mama Johnny” from the Deichtorhallen Hamburg or the large monographic publication on Dash Snow, both from 2007, as well as Tal R's “Adieu Interessant” from 2008. Also rarities, such as Raymond Pettibon's fanzines from the eighties, Sigmar Polke‘s catalogue “Gemeinschaftswerk Aufschwung Ost” from 1993 and original sketchbooks by Norbert Schwontkowski will be on view.

The exhibition presents artist books, exhibition catalogues, posters, DVDs, vinyl, and other paraphernalia. These materials were collected over the last twenty years and are now presented in the temporary shop “Front Row”. The shop will be open from February 22 until April 26, 2014 and will be located on the ground floor of the gallery CFA. In addition woodcuts, paintings, photos, graphic and sculptures will be on view. The exhibition is accompanied by a lecture programme.