Lisl Ponger's art has long explored the constructed nature of (cultural) identity, our ideas about and images of the "Other". Ibon Aranberri's presents a critical exploration of the complex interconnections between aesthetics, history, and politics. Drawing on literary narratives or scientific sources, Ulrik Heltoft's works often explore the conceptual and aesthetic potentials of specific technologies. 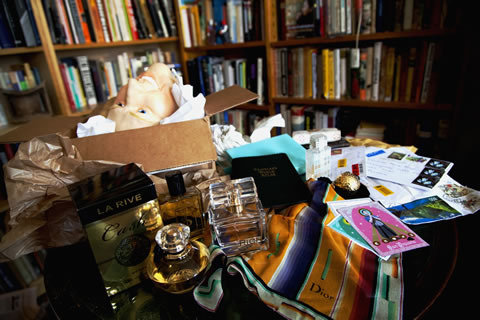 Lisl Ponger's art has long explored the constructed nature of (cultural) identity, our—often stereotypical—ideas about and images of the "Other," and the associated questions of visual representation.

In the Secession's main hall, Ponger will now be realizing a project she has wanted to do for a long time: the Museum für fremde und vertraute Kulturen (Museum for Foreign and Familiar Cultures); in short, MuKul. Although the museum is fictional, its design is based on painstaking research. It is an almost disturbingly detailed recreation of real ethnological museums, a growing number of which have recently adopted names such as world museum, museum of cultures, and the like. The exhibits are identified with inventory numbers and places and dates of purchase, and the museum has object and section labels as well as panels listing the museum staff and all lenders. In a bow to popular demand, there is even a Photopoint in the lobby where visitors can pose for pictures in front of a backdrop.

Lisl Ponger presents two exhibitions in the four rooms of the MuKul: The Vanishing Middle Class, a show that undertakes what is known as "salvage ethnology" by recording and documenting as many facets as possible of the life of an ethnic group whose future is in peril, and the special exhibition Lisl Ponger. Wild Places, with a number of photographic works the artist created between 2000 and 2010.

Lisl Ponger was born in Nuremberg in 1947 and lives and works in Vienna.

Ibon Aranberri's art presents a critical exploration of the complex interconnections between aesthetics, history, and politics. He devotes particular attention to the exhibition format, which he regards as a highly significant aesthetic and spatial event that functions like an organism: the autonomy and individuality of the various works is subordinate to the interplay of the interconnections, affiliations, and contradictions between them.

In his exhibition Finite Location at the Secession, Aranberri slips into the role of curator to implement a reconfiguration of existing works. With a view to the idea of an imaginary landscape, he sets up the large-format photography installation Política Hidráulica (Water Policy, 2004–2010) face to face with the sculpture Found Dead (2007) and the empty casting mold for a bronze sculpture of an "unknown philosopher." The common denominator of these three works lies in their original readings, in which they revolve around themes of the landscape, the monument, and the representation of power. The title Aranberri has chosen for the exhibition, Finite Location, emphasizes the temporary nature of this installation, which contains the seeds of its dismantlement even at the moment it is put together. In designing the presentation, he creates a complex whole that sublates the original contexts and intentions of the individual works while also undermining the cycle of the production, presentation, and commercial valorization of works of art.

Ibon Aranberri was born in Itziar, Basque country, in 1969 and lives and works in Bilbao.

There is something subtly mysterious about the films and photographs of the Danish artist Ulrik Heltoft. Drawing on literary narratives or scientific sources, his works often explore the conceptual and aesthetic potentials of specific technologies. Despite his experimental use of his media, his photography evinces a uniform clear and brilliant quality.

In his show at the Secession, Heltoft presents his new film Kabinet, which combines animated sections with live-action sequences to stage the protagonist's triple encounter with his own spirit in the past, present, and future—in other words, with himself as a young man, his present self, and what the future may bring. The film is based on a piece of social critique that has been adapted for the screen many times: Charles Dickens's novella A Christmas Carol (1843), in which the confrontation with the ghost inspires the old and stingy businessman Ebenezer Scrooge to open his heart and change his ways.

Kabinet was produced in the high-resolution format 4K, whose crystal-clear the depiction of details creates an almost uncanny realism. As in earlier works, Heltoft uses technology to build ambiguities and construct moments that hover between reality and dream, between phantasms and disillusionment. "The reality of dreams is what interests me," as Heltoft puts it.

Press
For interview requests and any other questions, please contact karin.jaschke@secession.at.
Please find the press releases and images for download here from February 12: www.secession.at/presse.

Guided tours: Saturdays at 3pm and Sundays at 11am and by appointment
Permanent presentation: Gustav Klimt Beethoven Frieze