Loebs is interested into the principles of thermodynamics as a creative system of natural resources. On show Pierre-Yves Massot's photography while Beloufa is in the screening room. 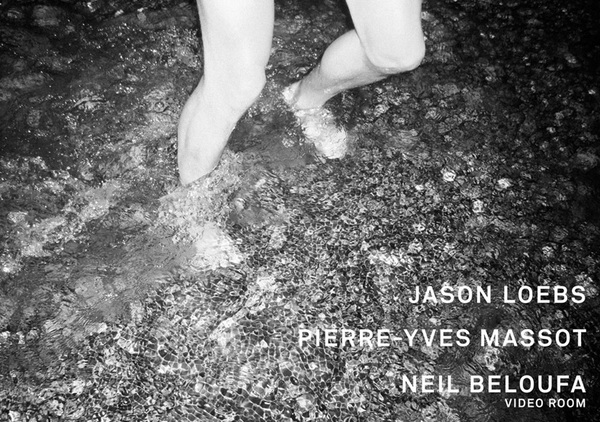 Fri Art is pleased to announce the opening of two solo exhibitions: Jason Loebs (USA) on the ground floor, and Pierre-Yves Massot (CH) on the first floor. In addition, a video programme by Neïl Beloufa will be shown in our new screening room in the basement.

Jason Loebs
Fri Art presents the first institutional exhibition by this young New York-based artist (*1980). The exhibition is built around the principles of thermodynamics as a creative system of natural resources which, when applied to a social organisation, becomes an instrument of economic and human control. Featuring heating systems, images taken with heat- sensitive cameras and natural rough stones, the
exhibition physically plays around with thermodynamics.

Pierre-Yves Massot
The solo exhibition by Fribourg photographer Pierre-Yves Massot (*1977) will show part of his photographic work Where My Mind Is, a title inspired by a Pixies track. This series of ethereal black and white Polaroid images waver between the melancholic and the dream-like. Featuring fragments of everyday life, these images are the record of two journeys made by the photographer: a physical journey to Slovakia in summer 2010 and an inner journey by a man at a turning point in his life. A respected photojournalist who has worked for Swiss newspapers including La Liberté, Le Temps and the Tages Anzeiger, as well as Germany’s Die Zeit and France’s Le Monde, Pierre-Yves Massot decided to go back to university and finish his sociology degree. It was a process that took him down the path of philosophical enquiry, which led him to adopt a new form of autofictional practice and greater openness in his interpretations. As well as the Polaroids, Fri Art will show Entre parentheses, a series of images made by the photographer during his recent studies.

Neïl Beloufa
Neïl Beloufa (*1985) presents a programme of four recent video works. The films by the Franco-Algerian artist subverts the conventions of the movie and documentary genre by manipulating and twisting the narrative. The artist’s films follow diverging paths that constantly challenge the viewer’s expectations. You begin to doubt what you have seen and heard. Shrouded in ambiguities and uncertainties, his work explores the increasingly blurred line between fact and fiction while celebrating the world of conspiracy theories and storytelling.