Solo V is a solo show dedicated to the young up-coming austrian artist. An extensive selection of photographs and videos which also interface with other art disciplines, such as sculpture, literature and statistics. 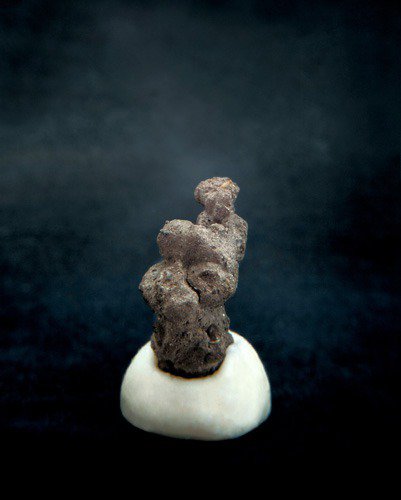 Since 2010 one of the eight annual exhibitions which the Fotogalerie Wien puts on is a solo show dedicated to a young, up-coming artist. The Solo series serves as a platform and springboard for artists at the beginning of their career who already have an extensive amount of work available to present to a wider public. The aim is to achieve a lasting presence for the artists selected by making contacts with cooperation partners and facilitating touring shows. For Solo IV we have invited the Austrian artist Lea Titz.

Lea Titz (*1981 in Graz/AT, lives and works in Vienna) studied under Gabriele Rothemann at the Vienna University of Applied Arts and graduated in 2009. In SOLO V, in order to examine the reciprocal relationship of different methods of depiction and description, she is showing an extensive selection of photographs and videos which also interface with other (art) disciplines such as sculpture, literature and statistics. In her conceptually developed pictures Titz is concerned with another way of seeing and another aesthetics and thus with achieving new experiences. She is interested in the inconspicuous, incidental objects which she liberates from their original purpose or causes their transformation by means of changes in levels of reality, thereby obtaining pictures that are partly poetic, partly ironic. This also applies, for example, to her video Tumbleweed (Ursula Blickle Video Prize 2007). Here we imagine ourselves in a great hall – the perfect stage for high drama, an impression that is heightened by the sudden introduction of the theme from Once upon a Time in the West. The scene disintegrates with the realization that we are looking under a bed as “dust devils” fly around – “an irritating poetry of animated objects” (Anselm Wagner). Deception as a method is also employed by Titz in photos of functional objects in Japanese public space. They look as if they were made of wood but are in fact of artificial material (such as Hayashi). The photo works, Saxa Rubra and Fisch [Fish], are concerned with examining the medium of photography. Here, we are dealing with a direct enlargement of a detail of a camera display using an analogue enlarger. The touristic landscape/ urban view appear to be schematic and out of focus. Visually speaking, the tools shown in the picture files computed by the digital camera take the foreground. This facilitates the achievement of very poetic pictures far from the intentions of a depictive photography. Titz also has undertaken an alienation of the likeness in the Baryt prints of the Graze series – Indian ink overpaintings of views of her home town, Graz, with additional critical texts.
Petra Noll on behalf of the collective