The 103 participants offer one of the broadest and most diverse takes on art in the United States. This edition brings together the findings of 3 curators with very distinct points of view. The exhibition acknowledges the complexity of contemporary art practice by including many types of cultural producers. Many of them produce artworks that deviate and morph between forms and categories. 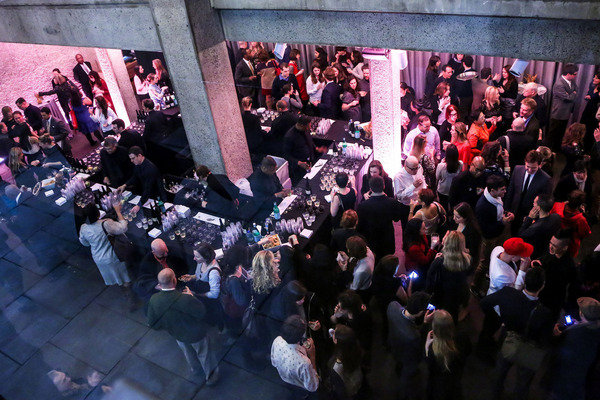 The 2014 edition of the Whitney Biennial —the country’s best known survey of the latest developments in American art —will take place March 7–May 25, 2014. It will be the last Biennial in the Whitney Museum of American Art’s building at 945 Madison Avenue at 75th Street before the Museum moves downtown to its new building in the spring of 2015. This is the 77th in the Museum’s ongoing series of Annuals and Biennials begun in 1932 by Gertrude Vanderbilt Whitney.

The 2014 Biennial will take a bold new form with three curators from outside the Museum offering their unique perspectives on the state of contemporary art in the United States. The curators have selected
103 participants. While past Biennials have been organized collectively by multiple curators, for this edition each curator will oversee one floor of the exhibition. To curate the Biennial, the Museum selected Stuart Comer, Anthony Elms, and Michelle Grabner to represent a range of geographic vantages and curatorial methodologies. Whitney curators Elisabeth Sussman and Jay Sanders, who were responsible for the widely praised 2012 Biennial, are serving as advisors on the project.

Donna De Salvo, Chief Curator and Deputy Director for Programs at the Whitney, noted: “The 2014 Biennial brings together the findings of three curators with very distinct points of view. There is little overlap in the artists they have selected and yet there is common ground. This can be seen in their choice of artists working in interdisciplinary ways, artists working collectively, and artists from a variety of generations. Together, the 103 participants offer one of the broadest and most diverse takes on art in the United States that the Whitney has offered in many years.”

Stuart Comer (formerly Curator: Film at Tate Modern, London, now Chief Curator of Media and Performance Art at MoMA) commented that his section of the Biennial “acknowledges the complexity of contemporary art practice by including many types of cultural producers: editorial collectives, artist-curators, activists, musicians, poets, dancers, filmmakers, painters, sculptors and photographers. These artists often work at the intersection of political movements and personal statements, addressing global shifts in vibrant and variable ways. A keen sense of history pervades their work, even as they are involved in forging new ways to consider identity, nationality, technology, community and genre. Many of them produce artworks that deviate and morph between forms and categories— they champion an art of multiplicity and flux.”

Anthony Elms (Associate Curator at the Institute of Contemporary Art in Philadelphia) began his curatorial process by trying to answer the question architect Marcel Breuer posed in his notes for the plans for the Whitney Museum on Madison Avenue: “What should a museum look like, a museum in Manhattan?” Elms’s answer for the 2014 Biennial is that “a museum in Manhattan should be filled with a multiplicity of voices and a sense of poetry. It should exhibit works of art from all creative disciplines and challenge the relationship between the past, the present, and histories yet to be written. Ultimately, each singular artistic statement should contain a palpable sense of the plural.”

Michelle Grabner (Professor in the Painting and Drawing Department at the School of the Art Institute of Chicago, who also teaches at Yale, is an artist herself, and oversees two alternative art spaces in the Midwest) noted that her section of the 2014 Whitney Biennial “features artists who have come to the fore as figures of influence, both inside and outside the geographic and commercial centers of the art world. Some are independent-minded creators who feel their work is best served by maintaining a distance from these centers; some are teachers; others are ‘artist's artists;’ some challenge art institutions. Many of these artists are object makers, embracing the traditional disciplines of craft, painting, and sculpture.”