The Paradox of Sculpture 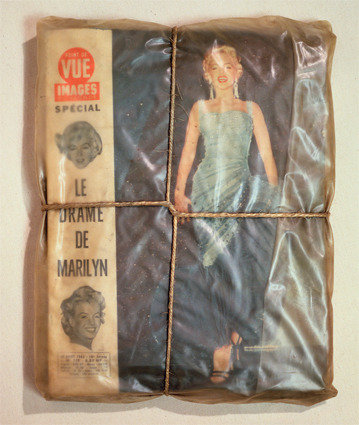 The National Academy School presents The Paradox of Sculpture, an exhibition that explores contemporary sculpture. On view March 12 - May 3, 2014, The Paradox of Sculpture showcases work by Magdalena Abakanowicz, Christo, Jeff Koons, Fischli & Weiss, Piero Manzoni, Roy Lichtenstein, Robert Rauschenberg and Andy Warhol, alongside the work of artists directly involved in the National Academy - National Academicians, faculty members, and students. In particular, early works by these established artists are highlighted, giving a glimpse into their artistic expressions before they became celebrated figures in the art world. The exhibition, curated by Filippo Fossati and Maurizio Pellegrin, explores the diversity of form, shape and media used in contemporary sculpture, focusing on artwork that challenges preconceived notions about the medium. Each work investigates a variety of materials and diverse philosophical and conceptual approaches, encouraging a dialogue that questions traditional ideas about sculpture.

"With The Paradox of Sculpture we wanted to try to define the limiting conditions that exist in this art form and address the different connotations of each one," state the curators. "It is evident, as it has been said, that modern and contemporary sculpture have evolved in ways that are difficult to assimilate via our preconceived ideas about the traditional role of this plastic art. This has only made the issue of what might be considered a work of sculpture increasingly problematic." "As an art school, we seek out pedagogical approaches that connect students with the contemporary art world and today's artists," states Pellegrin. "The Paradox of Sculpture is part of an exhibition series that aims to enrich our educational environment by bringing together different generations of artists and art students."