Art & film. The exhibition shows the work of filmmakers and artists who use iconic feature films as a basis with which to create something radically new. It reveals how the phenomenon of the remake has produced exceptional results, both within cinema and on the interface between film and visual art. 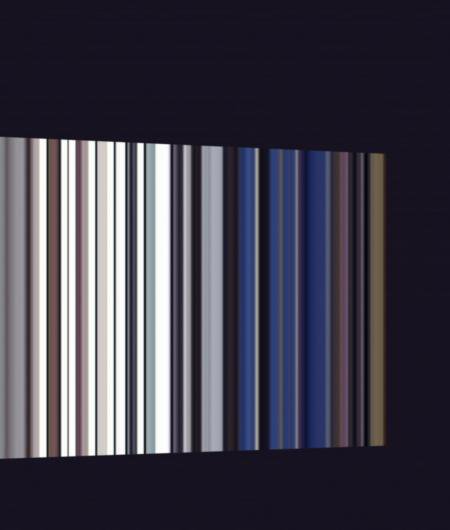 From 23 March to 1 June, the exhibition Cinema Remake – art & film at EYE shows the work of filmmakers and artists who use iconic feature films as a basis with which to create something radically new. Cinema Remake reveals how the phenomenon of the remake has produced exceptional results, both within cinema and on the interface between film and visual art. Filmmakers and artists seize upon existing films to make new and meaningful works. The exhibition is accompanied by an extensive film programme of remakes and the films that provided the inspiration for the works in the exhibition, such as Colors (1988) directed by Dennis Hopper and The Trial (1962) by Orson Welles.

As a sequel to EYE’s successful opening exhibition, Found Footage: Cinema Exposed, which focused on the use of existing footage by artists and filmmakers, EYE presents the exhibition Cinema Remake – art & film, which opens on 23 March. The remake is a familiar and frequent phenomenon in the world of cinema. Hollywood in particular often relies on existing films that were either trendsetters or made a lot of money in their day or country of origin. Besides popularity and profitability, there are also artistic considerations for remaking existing films and using them as a basis to create something radically new. The exhibition Cinema Remake reveals how the phenomenon of the remake has yielded exceptional results, both within cinema and on the interface between film and visual art.

Many artists and filmmakers seize upon existing, often iconic films in order to unravel their cinematic language, to make the viewer aware of the codes and unwritten laws of film, and to tell their own story. A good example of this is the work Recalling Frames from 2010 by David Maljkovic, in which he takes the famous Orson Welles film The Trial (based on Kafka’s Der Process) as his starting point, to ultimately arrive at a new and entirely original installation. Maljkovic uses stills from the film in combination with recent photos of the modernist building in Zagreb where parts of the original film were shot, in addition to a 16mm projection and the soundtrack of the film.

Another example is a work by the New York artist Cory Arcangel, in which he reinterprets the film Colors by Dennis Hopper as a mesmerizing, abstract play of colours. In various film, photo, slide and video installations, Cinema Remake reveals how cinema continues to serve as a starting point from which to create new and meaningful artworks, time and time again.

Accompanying film programme
The auditoria are showing feature films in which the source material is moulded into a completely autonomous film work, which compare very favourably with their originals. Such as Sergio Leone’s A Fistful of Dollars (1964), with which he effectively launched the genre of the spaghetti western, based on Akira Kurosawa’s Yojimbo (1961). Or Rainer Werner Fassbinder, who, with Angst essen Seele auf (1973), successfully dusted off the romantic drama All That Heaven Allows (1955) by his great example Douglas Sirk.

And there’s also room in the programme for the films that are reconstructed and given new meaning by the artists in the exhibition, such as Colors (1988) directed by Dennis Hopper and The Trial (1962) by Orson Welles.

The theme of the Cinema Concert on 25 May is one of the most remade films of all time: Phantom of the Opera from 1925. And the monthly editions of the series Cinema Egzotik with Martin Koolhoven and Ronald Simons also focus on the remake, with a double bill of the western High Noon (1952) and its science fiction remake Outland (1981) on 21 March. On 16 May, Koolhoven and Simons present compelling evidence that David Lynch’s Lost Highway (1997) should be regarded as a remake of the crime classic Kiss Me Deadly (1955) by Robert Aldrich. The more literal remake is also given a podium, as the evening of 10 May is devoted to one of cinema’s most famous remakes, with a double bill of Scarface (1932 and 1983).