La Ville spectacle. Over 600 works plunge visitors into the atmosphere of Belle Epoque at the time when the Paris Exposition Universelle was heralding the arrival of the 20th century: paintings, works of art, costumes, posters, photographs, films, furniture, jewellery and sculptures. Cezanne, Monet, Renoir, Pissarro, Vuillard, Gerome, Bouguereau, Gervex with new figures on the art scene such as Maillol and Maurice Denis. 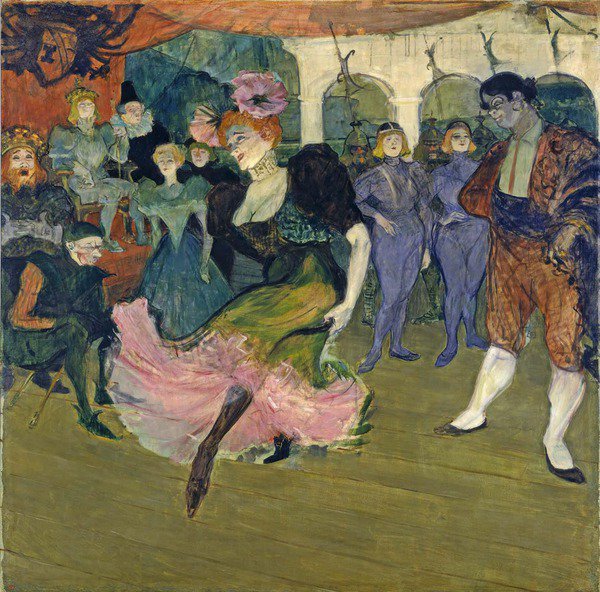 The exhibition Paris 1900, la Ville spectacle (Paris 1900, the city of entertain- ment) is an invitation to the public to relive the splendour of the French capi- tal at the time when the Paris Exposition Universelle was heralding the arrival of the 20th century. More than ever before, Paris was seen throughout the world as a sparkling city of luxury with a sophisticated way of life. Over 600 works will plunge visitors to the Petit Palais into the atmosphere of Belle Époque Paris. There will be paintings, works of art, costumes, posters, photographs, films, furniture, jewellery and sculptures. The technical inventions, the cultural effer- vescence, and the sheer elegance of Parisian women will be staged and displayed as representative legends of Paris during this time, an image wich has since been promoted in literature and the cinema throughout the world.

An inventive and original scenography which integrates the new-fangled cinema- tograph into the museum trail takes the visitor on a journey similar to that made by the 51 million tourists who flocked to Paris in 1900.

The trail is organised around six ‘pavilions’ and begins with a section called ‘Paris, showcase of the world’ – a reference to the Exposition Universelle. New railway stations were built for the occasion: the Gare de Lyon, the Gare d’Orsay and the Gare des Invalides, as well as the first Metro line, known as the Métro- politain. This extraordinary event will be commemorated in the exhibition with architectural projects, paintings, films and also picturesque souvenirs and pieces of scenery and decoration that have been kept since that time.

But ‘Paris 1900’ is far more than a tribute to the Exposition Universelle. Paris at that time offered many more opportunities for wonderment and for spending your money. In the luxury shops and the art galleries, art-lovers could discover the creations of the pioneers of Art Nouveau. They are presented here in a second pavilion devoted to masterpieces by artists such as Gallé, Guimard, Majorelle, Mucha, and La-lique.

The third section is allotted to the fine arts and underlines the central place that Paris occupied whithin the art scene. At that time talents from everywhere were converging at the French capital to train in studios, to exhibit in the Salons and to sell their wares in the expanding network of art galleries. Paris as a cosmo- politan city is evoked with paintings by Edelfet, who was Finnish, Zuloaga, a Spa- niard, and the American, Stewart. The exhibition confronts visitors with paintings by Cézanne, Monet, Renoir, Pissarro, and Vuillard, alongside works by Gérôme, Bouguereau and Gervex, artists whose acclaim ranged from Academicism to Impressionism (now finally recognized), to late Symbolism, with new figures on the art scene such as Maillol and Maurice Denis, while the art of Rodin reigns supreme.

Visitors are then invited to discover the creations of Paris fashion, then at its zenith. Its success was emblazoned on the monumental doorway to the Exposition Universelle, which was surmounted by the figure of a Parisian woman dressed by Jeanne Paquin. The fashion houses of the Rue de la Paix attracted a vastly weal- thy cosmopolitan clientele, and also served as inspiration for the clothes of the «midinettes» (young Parisian saleswomen of seamstress). The finest treasures of the Palais Galliera, such as the famous evening cape by Worth, will be ac- companied by large society portraits by La Gandara and Besnard, and paintings depicting the world of milliners and dressmakers’ errand girls by Jean Béraud and Edgar Degas.

The remaining two pavilions offer a taste of the world of entertainment in Paris: from the triumphs of Sarah Bernhardt to the successes of Yvette Guil- bert, from Debussy’s Pelléas et Mélisande to L’Aiglon by Edmond Rostand, from opera to café-concerts, and from the circus to the brothels. The illustrations of the bright as well as the dark side of this city abandoning itself to pleasure sug- gest that it remained the capital of the world and the source of all gratifications. Legendary venues like the Moulin Rouge and Le Chat Noir became favourite subjects for artists like Toulouse-Lautrec. From the great demimondaines who lived hedonistic lifestyles such as Liane de Pougy and La Belle Otero to the hor- rors of prostitution and drugs, the exhibition shows the other side of the picture, themes which would prove to be influential in aesthetic revolutions.

The legend of the Belle Époque has endured to this day not only because of the contrast with the horrors of the First World War, which followed so soon after it, but because there was a genuine cultural blossoming. Its unprecedented force is demonstrated in this exhibition. The Petit Palais is the most beautiful architectu- ral gem remaining from the year 1900 in Paris. Now at last this wonderful building is devoting an important exhibition to that seminal period accompanied by a programme of events and an extra trail through the permanent galleries, showing paintings from the collections that have never been seen before. For the fisrt time ever, Paris pays a wonderful tribute to this period of time.