The first retrospective of Palestinian artist Khaled Hourani brings together new and existing paintings, installations and conceptual work, ranging from the early 2000s until today. The four moving image artists selected for the second edition of the Jerwood/Film and Video Umbrella Awards are Lucy Clout, Kate Cooper, Anne Haaning and Marianna Simnett. 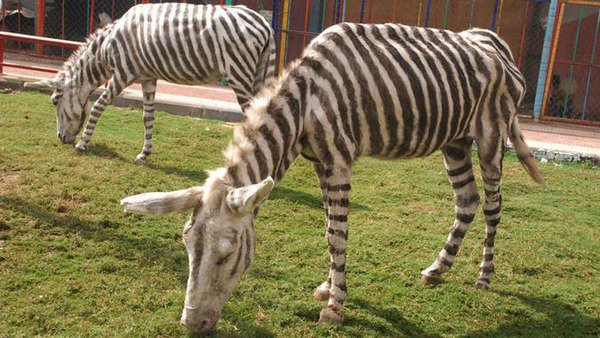 The first retrospective of Palestinian artist Khaled Hourani (Hebron, 1965) brings together new and existing paintings, installations and conceptual work, ranging from the early 2000s until today.

Hourani’s work has had a vital influence in the growth and perception of contemporary art in and of Palestine and his artistic practice often responds to the surrealism and comic absurdity of current events. Hourani is mainly known for his efforts as a mediator in the arts; his own work is rarely shown although he continues to be an active artist.

Hourani is the co-founder of the International Academy of Art Palestine in Ramallah and the initiator of the 2011 Picasso in Palestine project that brought an original Picasso painting in the West Bank for the first time in history. The school borrowed and exhibited Picasso’s Buste de Femme, 1943, from the Van Abbemuseum in Eindhoven, The Netherlands, and debuted documentation of the project at dOCUMENTA (13) in 2012.

Hourani has curated and organised several exhibitions such as the young Artist of the Year Award in 2000 and 2002 for the A.M. Qattan Foundation. He was the curator of the Palestinian pavilion for São Paolo Biennale, Brazil and the 21st Alexandria Biennale, Egypt and served as an artistic advisor for Liminal Spaces in 2006. He writes critically in the field of art and is an active member and founder of a number of cultural and art institutions. Recently he was awarded the Leonore Annenberg Prize for Art and Social Change.

Khaled Hourani discusses his work as an artist, critic and curator at the ICA, London, on Fri 4 April, 1pm.

Khaled Hourani will also open a solo show at Gallery One, Ramallah, from Wed 9 April - Thu 15 May.

Jerwood/Film and Video Umbrella Awards
What Will They See Of Me?
Fri 4 April — Mon 21 April 2014

In response to the curatorial brief and its title What Will They See of Me?, their four proposals explore the themes of identity, visibility and posterity in ways that both embrace and interrogate new technology and express a strong and compelling performative impulse.

The project considers the importance we continue to attach to individual expressions of personal identity, at a time when we all produce and consume so many images that it is hard for any more than a few of them to stand out from the crowd. As more and more photographs, videos and web clips go into circulation, and compete for our attention, which will be the ones that will make it through to the future, and what, in turn, might the future make of them?