Artist works take on such diverse forms as living systems, objects, films, photographs, drawings and music. The solo presentation brings together over sixty projects from the past twenty years, including new works. For the artist, the exhibition unites a dynamic system of works varying in intensity, from which should emerge the possibility of an event. 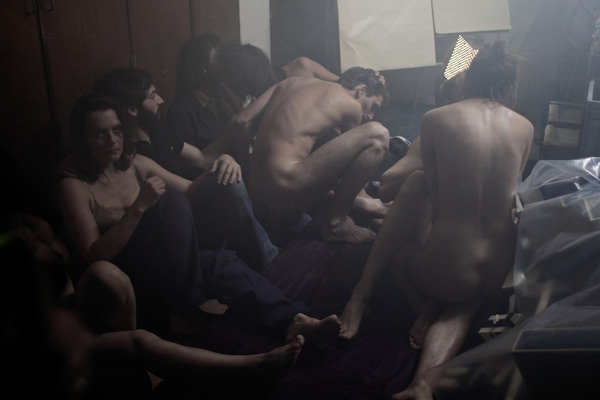 The Museum Ludwig is presenting the first survey of Pierre Huyghe in Germany, bringing together over sixty projects from the past twenty years, including new works.
Pierre Huyghe (b. 1962 in Paris), a major figure in the international contemporary art scene, has been working with time-based situations and has explored the exhibition process from the 90’s and early 2000s with important works such as Snow White Lucie, Timekeeper, No Ghost No Just a Shell, l’Expedition Scintillante and A Journey That Wasn’t.
His works take on such diverse forms as living systems, objects, films, photographs, drawings and music.
In recent years, he has created self-generating systems, including living entities and artifacts, in which emergence and rhythm are indeterminate. They are present in two ambitious projects The Host and the Cloud (2009-2010) and Untilled (2012).

In The Host and the Cloud, a live experiment was carried out over the course of one year in an abandoned ethnographic museum. A group of people were exposed to live situations that appeared accidentally in the entire building. The Host and the Cloud is a ritual of separation in which the influences of a culture were exorcized, brought to contingency, by a self-generating operation.
Some witnesses invited to enter the building were left alone within the unfolding experiment. In parallel the event was filmed.

During dOCUMENTA(13), Pierre Huyghe created Untilled, a compost site within a baroque garden, a non hierarchical association that included a sculpture of a reclining nude with a head obscured by a swarming beehive, aphrodisiac and psychotropic plants, a dog with a pink leg, an uprooted oak tree from Joseph Beuys’ 7,000 Oaks among other elements. This growing system remained indifferent to the presence of the viewers that encountered the site.

For the first venue of this retrospective—the Centre Georges Pompidou—the exhibition rooted itself within the remains of the previous show, dedicated to Mike Kelley. Pierre Huyghe used the existing walls, displaced and cut them in order to place his works. For the second presentation or “occurrence” at the Ludwig Museum, the works attached to their walls have been cut out of their previous environment and displaced to the Museum Ludwig, entering in contradiction with a different exhibition context and condition.
For the artist, the exhibition unites a dynamic system of works varying in intensity, from which should emerge the possibility of an event.

Pierre Huyghe has had numerous international solo exhibitions at such venues as Tate Modern, London; the Solomon R. Guggenheim Museum, New York; the French Pavilion of the Venise Biennale; the Van Abbemuseum, Eindhoven, and Reina Sofia, Madrid.
He has also participated in a number of international collective exhibitions such as dOCUMENTA 11 and 13.
He was awarded the Special Jury Prize for the French Pavilion at the Venice Biennale (2001), the Hugo Boss Prize at the Guggenheim Museum (2002), the Smithsonian Museum’s Contemporary Artist Award (2010), and the Roswitha Haftmann Award (2013).

A catalogue in English with a German insert is being published by Hirmer Verlag, including contributions by Tristan Garcia, Emma Lavigne, Vincent Normand and the artist, as well as introductory texts by Katia Baudin and Jarrett Gregory.

The exhibition was organized by the Centre Pompidou, Musée National d’Art Moderne, Paris, in association with the Museum Ludwig, Cologne, and the Los Angeles County Museum of Art.

The exhibition is supported by Rheingold Collection, the Institut Français, Thalys, and Vorwerk.
We kindly thank our Performance-Partner Outset Contemporary Art Fund e.V. for making the performances in the exhibition happen.