The group exhibition operates within the context of the anniversary of 20 years of Constitutional Democracy in South Africa. 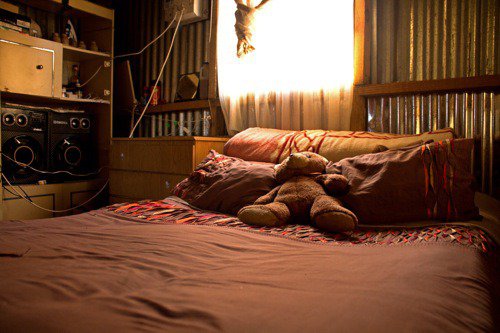 Critically engaged, socially relevant contemporary art making is at the core of this innovative programme. The ‘after 20 years’ exhibition is the first in the KZNSA’s 2014/15 Social Art line up.

The ‘after 20 years’ exhibition operates within the context of the anniversary of 20 years of Constitutional Democracy in South Africa. The exhibition is a large scale group showing across all the KZNSA precinct spaces, namely the Main, Mezzanine, Park Contemporary Galleries and the Durban Centre for Photography studio.

The project is curated by Independent Arts and Culture Activator Bren Brophy, in partnership with a KZNSA working group consisting of KZNSA committee office bearers, staff and associates.

The project coincides with a national election day (7th May 2014) that will see South Africans use, or not, their constitutional right to cast their ballot for local and national governance that will determine the political landscape for the next five years. Says exhibition Curator, Brophy, “The KZNSA is mindful of its own history and its commitment to a representative democratic organisational structure as outlined in its constitution. As such the KZNSA has a unique role to play in the South African Arts and Culture sector and operates with a rationale that is distinct from many of its more ‘commercial’ counterparts”.
The KZNSA does not subscribe to any party political intention and it is this independence that forms the overarching context and rationale for the development of the above project within our particular socio-historical milieu. The notion of ‘time’ and ‘place’ as well as ‘evolution’ are significant indicators that will drive the curatorial logic that we trust will inform the creative content of the ‘after 20 years’ initiative.

Arts and Culture practitioners together with the plethora of expressions that they represent have played a pivotal role over the decades. The cultural boycott, ‘struggle’ or ‘resistance’ art have become synonymous with pre 1994 modalities. Typical to these expressions was a critical approach to government and or derision across the ‘left/right’ political spectrum.

The ‘after 20 years’ project aims to reassess these methodologies with the objective of presenting contemporary art making paradigms that offer a more layered, inquisitive and investigative approach to artistic content and its relevance to the here and now.

The exhibition will host a robust educational programme for high school and tertiary learners. Developed by the ‘Art Team’ and ‘osmosis Liza’ this group of passionate art educators have developed a programme that involves what we believe to be a first for KZN Galleries, the use of QR (quick reach) codes for artworks that maximises the power of on-line and interactive components. Learners use their smart phones to engage with the artworks. The ‘Art Team’ notes that, “studies have shown that this use of communication technologies have a better chance of producing long-term learning and encouraging critical thinking than the traditional ‘outing on the school bus’.

Says Brophy, “following an extensive selection process the 20 participating artists offer a surprising array of works in all mediums that are at times reminiscent of the frustration, despair and even anger that so typified ‘resistance art’ in the eighties. This is however not just a walk down a dark memory lane, the artists have stepped up to offer a fresh voice on longstanding social and political issues and challenges. There is also, as one would suspect, a fair dose of satire. Perhaps the exhibition asks more questions than it answers, I think that is what makes these artworks so thought provoking”.