The Abandonment of Art 1948-1988. By bringing together all parts of her radical production, the exhibition seeks to reintroduce her into current discourses of abstraction, participation, and a therapeutic art practice. It comprises nearly 300 works drawn from public and private collections. 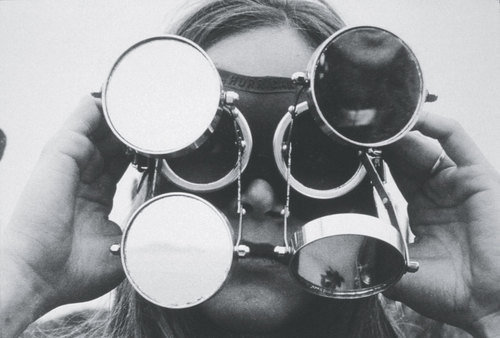 The Museum of Modern Art presents a major retrospective devoted to the art of Lygia Clark (Brazilian, 1920–1988), the first comprehensive exhibition in North America of her work. Lygia Clark: The Abandonment of Art, 1948–1988 comprises nearly 300 works made between the late 1940s and her death in 1988. Drawn from public and private collections, including MoMA’s own, this survey is organized around three key themes: abstraction, Neo-Concretism, and the “abandonment” of art. Each of these axes anchors a significant concept or a constellation of works that mark a definitive step in Clark’s career. While Clark’s legacy in Brazil is profound, this exhibition draws international attention to her work. By bringing together all parts of her radical production, the exhibition seeks to reintroduce her into current discourses of abstraction, participation, and a therapeutic art practice.

Lygia Clark (1920–1988) trained in Rio de Janeiro and Paris from late 1940s to mid-1950s and was a leading abstract artist at the forefront of the Neo-Concretist movement in Brazil, fostering the active participation of spectators through her works. From the late 1960s through the 1970s she created a series of unconventional artworks in parallel to a lengthy psychoanalytic therapy, leading her to develop a series of therapeutic propositions grounded in art. Clark has become a major reference for contemporary artists dealing with the limits of conventional forms of art.

Lygia Clark: The Abandonment of Art, 1948–1988 is accompanied by a fully illustrated catalogue, the most comprehensive volume on the artist available in English, with essays by
Sergio Bessa, Connie Butler, Eleonora Fabião, Briony Fer, Geaninne Gutiérrez-Guimarães, André Lepecki, Zeuler Lima, Christine Macel, Frederico de Oliveira Coelho, and Luis Pérez-
Oramas.
Each section is accompanied by a selection of works that provide context for understanding the circumstances that shaped her artistic investigations. Featuring a significant selection of
Clark's previously unpublished personal writings, this is a vital source of primary documentation for 20th - century art history scholarship.

Major support for the exhibition is provided by Ricardo and Susana Steinbruch, The Modern Women’s Fund, Patricia Phelps de Cisneros, Jerry I. Speyer and Katherine G. Farley, and by the Vicky and Joseph Safra Foundation.
Additional funding is provided by The International Council of The Museum of Modern Art, Johanna Stein-Birman and Alexandre Birman, Consulate General of Brazil in New York, Patricia Fossati Druck, Roberto and Aimée Servitje, Frances Reynolds, The Junior Associates of The Museum of Modern Art, Fogo de Chão, the MoMA Annual Exhibition Fund, and an anonymous donor.

Research and travel support was provided by the Patricia Cisneros Travel Fund for Latin America.

The related film series is supported by Richard I. Kandel.