Death is Your Body

The exhibition presents sculptures, installations, drawings, collages, photographs, and videos of 14 international artists, who use the dead body as material or as an object onto which notions about life and death are projected. 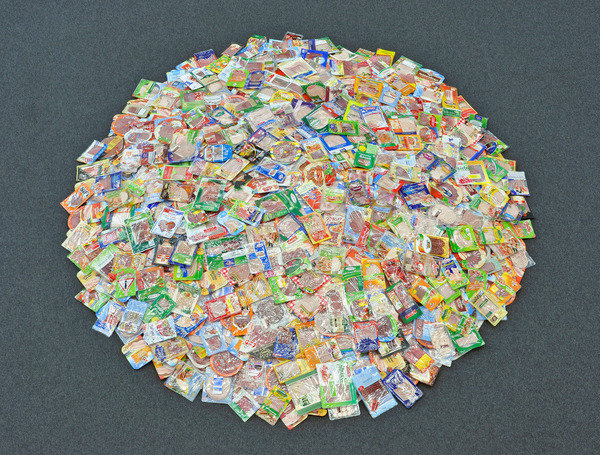 “Imagine that your body is dying... Imagine how someone is closing your eyelids,” begins the meditation on death in Hannah Hurtzig’s videodyptich “ Das Mil ieu der Toten” (The Milieu of the Dead)(2013).
Towards the end of their lives people are forced to face the limitations of their bodies. However, for many people a personal confrontation with decay, disease, illness, accidents, dying, and death does not occur until late in life, if at all. Meanwhile death and dying have become increasingly topical social issues. More and more television and film documentaries examine the finite nature of life. Assisted suicide and organ transplants are topics of public debate, and research projects address the shift in attitudes towards the dead body.

The end is certain; the human body is mortal. Although the span of an average human life has increased over the course of evolution, eternal life was not intented or imaginable for the human organism. At the beginning of the 21st century, the body as we know it is poised at a threshold of radical transformation. Though biotechnical and medical developments, its vulnerability is steadily diminishing. For example, cells and DNA can be replicated artificially, and organs can be replaced. The vision of an almost endless lifespan or even immortality has come within reach. In the fu ture it is likely that people will not have to be afraid of dying but of having to decide whether they want to die.

“Death i s Your Body” examines death through the lifeless body. The exhibition presents sculptures, installations, drawings, collages, photo graphs, and videos of 14 international artists, who use the dead body as material or as an object onto which notions about life and death are projected. The approaches vary from documentary works, which address the medial representation of the corpse in s ociety ( as in the works of Taryn Simon and Hannah Hurtzig) to metaphorical compositions , that interrogate the relationship between the living and the dead (Wangechi Mutu, Omer Fast, and Kaia Hugin) or even to works using the corpse as material ( Teresa Mar g olles, Thomas Rentmeister, or Berlinde D e Bruyckere). The works also refer to the spheres of activity, in which people are confronted with dead bodies, represen - tations of the corpse, or notions of the undead. A number of highly relevant questions are rai sed in the process: for example, about what defines life and how a corpse is treated, handled, or used.

Kaia Hugin has created a striking symbolic image relating to the dynamics of life and death in her work “Motholic mobble part 3” (2009). In the vid eo a young women slowly digs herself into the earth of a barren mountainous landscape by using spiraling movements and by exerting visible and audible effort.

The sculptures of Berlinde D e Bruyckere recall the work of a preparator . With wax, epoxy, paint , and animal hides the artist realistically forms fragments of animal or human bodies; through trun c ated limbs or dramatic contortions the works suggest a being that has met a violent end. Her sculptures suggest pain and torture as well as the possible me tamorphosis of the body, while simultaneously referring to methods of making visible the inner organs of a body. De Bruyckeres work often draws on the history of the representation of the body — imagery shaped by anatomical studies and the dissection of huma n and animal bodies, which reveal layer for layer the inside of the body.

The video “ Looki ng Pretty for God (After G.W.)” (2008) by Omer Fast deals with the aesthetic norms that define both living bodies (for example, ideals of beauty) as well as attitu des towards dead bodies. Undertakers and thanatologists reflect on their daily business and about the beautification of the deceased. As make - up artists they remove traces of disease and suffering from the faces of the dead and create the illusion of a pea ceful sleep. The mechanisms driving this form of “aestheticized death” are revealed in a camera pan from a funeral home to an photo shoot for children’s fashion, in which perfectly groomed children seem to be speaking the words of the interviewed untertake rs while posing for the camera.

A comprehensive program of events, including lectures, panel discussions, and performances, accompanies the exhibition and is support ed by the interdisciplinary Research Project “ Death and Dead Bodies. Transmortality” (Aach en, Berlin, Marburg, Zurich).

The exhibition has been made possible through the kind support of the Flemish authorities , the Office for Contemporary Art Norway , IASPIS — the Swedish Arts Grants Committee ’ s International Program for Visual Artist , and the Royal Norwegian Embassy, Berlin. The sculpture by Thomas Rentmeister w as made possible through the support of the REWE G roup.